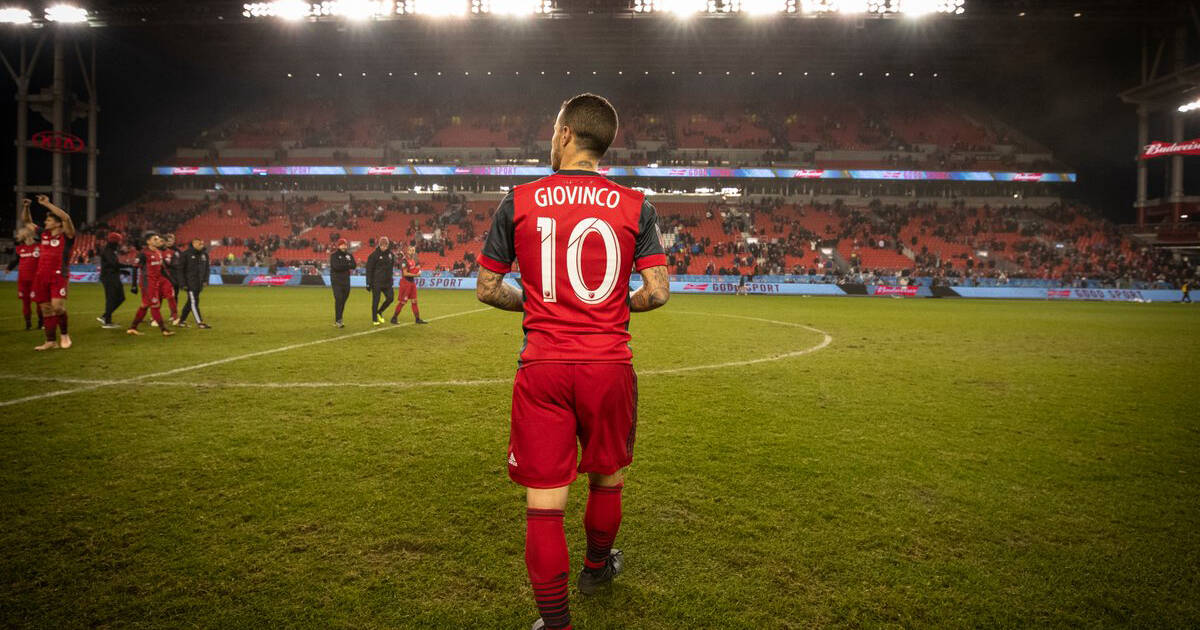 One of the greatest players in Major League Soccer history is leaving Toronto after four years of blowing minds, setting records and leading his team to victory both in regular season and playoff games.

TFC will reportedly receive a $2-3 million transfer fee, but Giovinco himself will see his income skyrocket to US $11.5 million per season—and at $7.115 million in 2018 alone, he was already the highest-paid player in the league.

That's not to say the Italian All-Star is happy about the move. Far from it.

Sebastian Giovinco with a very pointed parting shot at TFC's front office as he leaves Toronto. He did not mince words. Love it. #TFCLive pic.twitter.com/wCA0cUQNsc

"It's without hesitation that I can say that I wanted it to end differently," wrote Giovinco in the caption of an Instagram post about the news. "As I have always maintained, I was hoping to renew my contract and finish my playing career in a city that feels like home... A place my family loves to live and wanted to call home for good."

"Unfortunately, this desire of ours has clashed with a change in direction with current TFC management," he continued. "Recently, after refusing to exercise the club option for 2020, I was offered terms that I deemed unacceptable."

Then the athlete really laid in, suggesting that management doesn't prioritize winning and that their possible suggestions of him leaving for a more lucrative deal are false.

"After having grown the brand and elevating the overall reputation of TFC both at home and abroad, it seems I no longer serve a purpose. I would have accepted less to stay in Toronto." he wrote. "Therefore, I reluctantly announce that my tenure as a TFC player has come to an end."

Sebastian #Giovinco deserves to go down as one of the greatest @MLS players of all time. He also gave @torontofc fans this moment and for that, I will always be grateful #TFCLive pic.twitter.com/bQGxZstB4s

Al-Hilal fans are pleased as punch to be getting an MLS great. TFC fans are not so thrilled by the news, especially after reading Giovinco's parting message.

"This is the kind of things GMs get fired for when there is time for pause after, but this has MLSE written all over it" wrote one fan in the comments section of an article announcing the news on TFC's website. "This is a stain that [will] mark this club forever."

"TFC front office should be sued for their lies," wrote another, whose comment was followed by one of the many fans saying "No more season tickets for me."

I hated you last night @torontofc when I heard about this story. In the light of a brand new day, I hate you more. I’m sorry for saying this because the other TFC players aren’t to blame, but may you never win another game. EVER.

"This was an extremely emotional transaction for our club," said TFC president Bill Manning during last night's announcement. "We'd like to thank Seba for all he did for TFC during his time with the club... He leaves Toronto as the greatest player in club history."

"Obviously, replacing a player like Sebastian is difficult, but we are working diligently and are confident that we will be adding a new Designated Player in the near future who will be an exciting addition to our team," added TFC GM Ali Curtis.

The Atomic Ant, as he's affectionately known, leaves TFC as the club's all-time leading scorer with 83 goals in total.

by Lauren O'Neil via blogTO
Posted by Arun Augustin at 10:25 AM