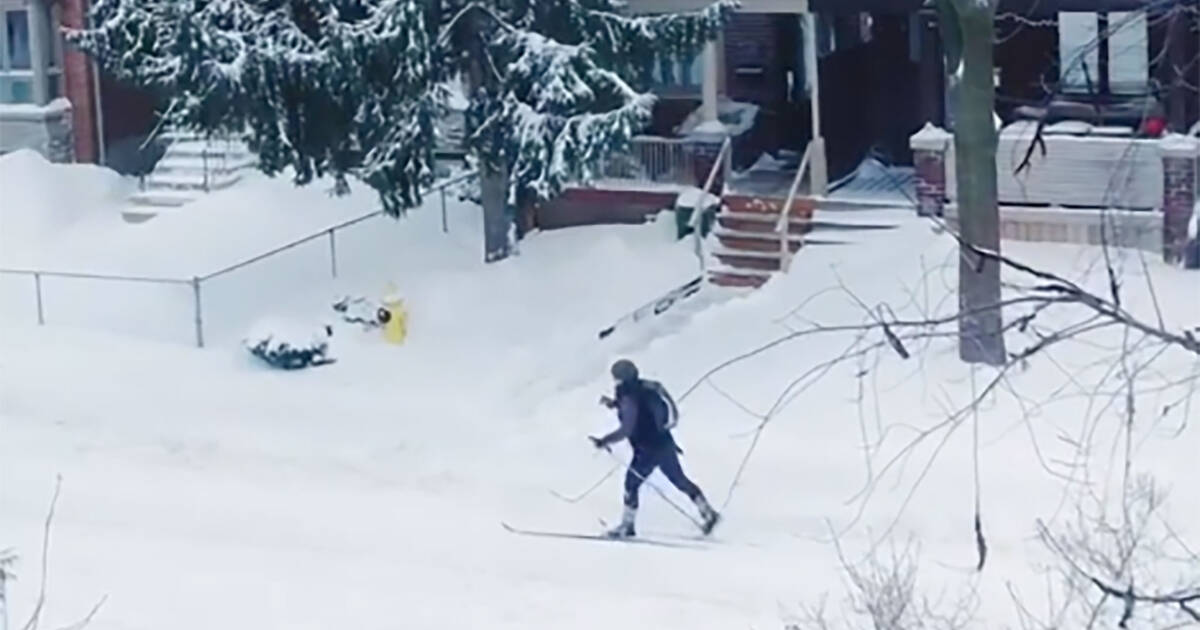 Today in Canadians being Canadian: people are snowboarding and skiing to make their way around the city—and honestly, it makes total sense.

Commuting around Toronto has been pure mayhem today: not surprising since the city was dumped with a record-breaking 26.4 cm of snow last night.

In the last 24 hours, many people have been spotted making their way around the snowy Toronto streets on winter sports gear, and given the awful conditions of the streets, can you blame them?

I mean, it's pretty logical given that skis were invented to help you glide over snow. This person spotted skiing in the Annex this morning probably made it to work before any of us did.

Somebody was obviously eager to bust out their cross country skis last night: they were spotted gliding smoothly like a Queen Street Sasquatch in the heart of the storm while the rest of us slipped and fell.

THE STORM IS SO BAD THAT THERE ARE PEOPLE SKIING IN THIS WEATHER. I took these pictures right now. 😭#ONStorm #Toronto #onsnow pic.twitter.com/b8TCPXQxfa

Some people made it a group activity, skiing in twos.

Meanwhile, one guy decided to hook himself up to his friend's car last night and snowboard down a residential street.

"Give it a bit more gas buddy, give it some speed," he said, in the most Canadian way ever.

Who needs to go to Blue Mountain when you can shred in Toronto? Just do it before it feels like -30 C tonight.

by Tanya Mok via blogTO
Posted by Arun Augustin at 8:55 AM