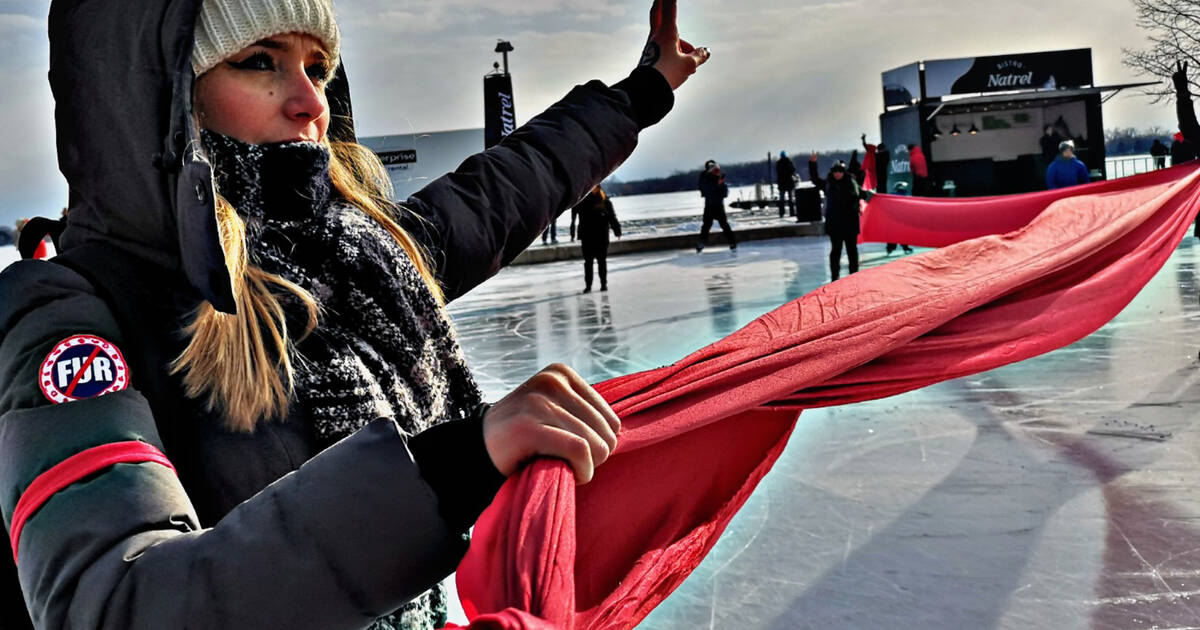 An idyllic outdoor ice skating session in downtown Toronto was interrupted on Sunday afternoon when protestors took to a busy rink with swaths of red fabric and massive banners.

Their message to skaters? "Dairy is Scary"—a slogan that, while nicely rhymed, means little in the context of ice skating—unless you consider the title sponsor of that particular rink. 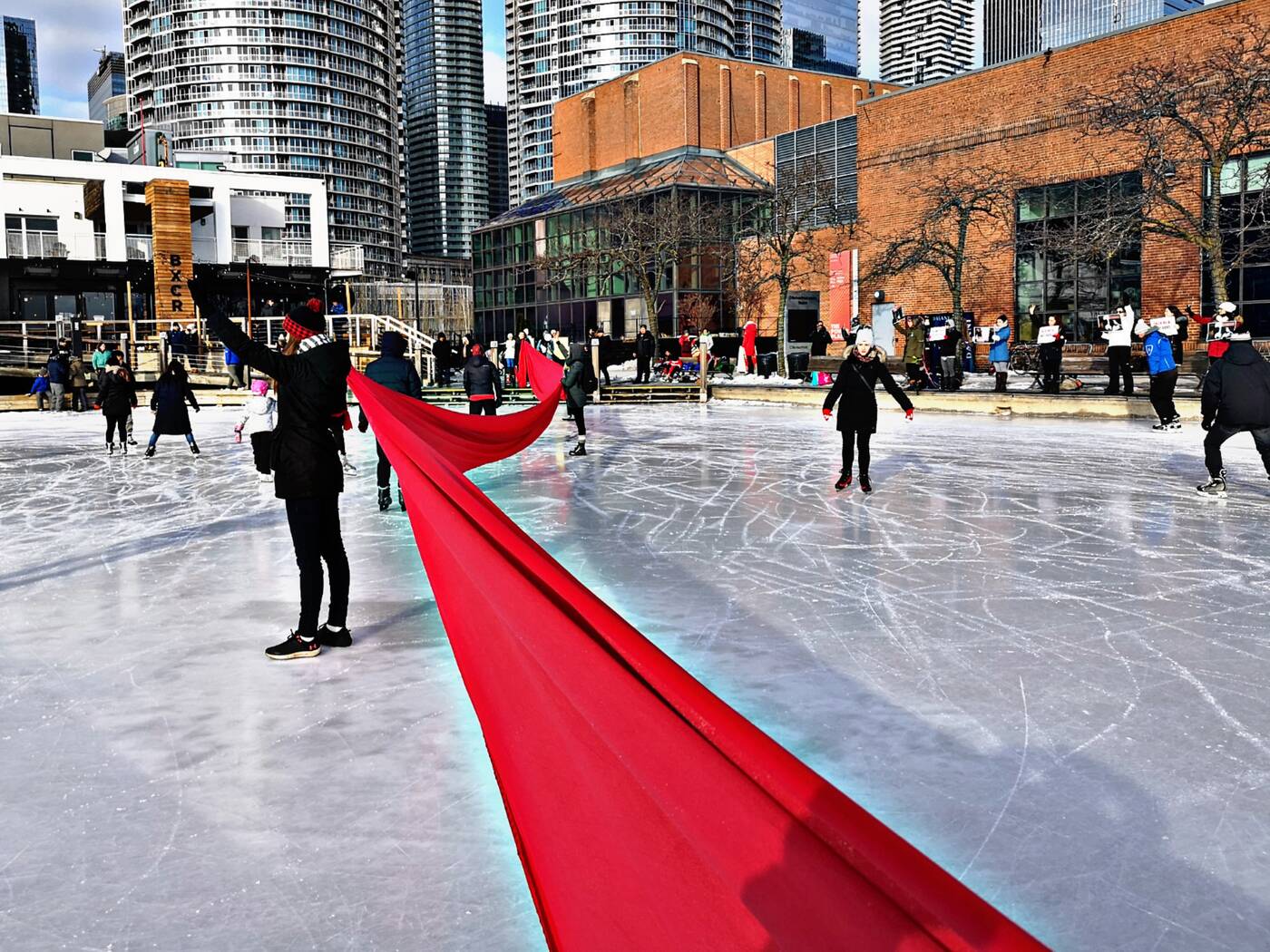 The Harbourfront Centre's Natrel Rink is funded, at least in part, by the Montreal-based milk brand Natrel, which itself falls under the umbrella of Agropur, a leading North American dairy conglomerate. 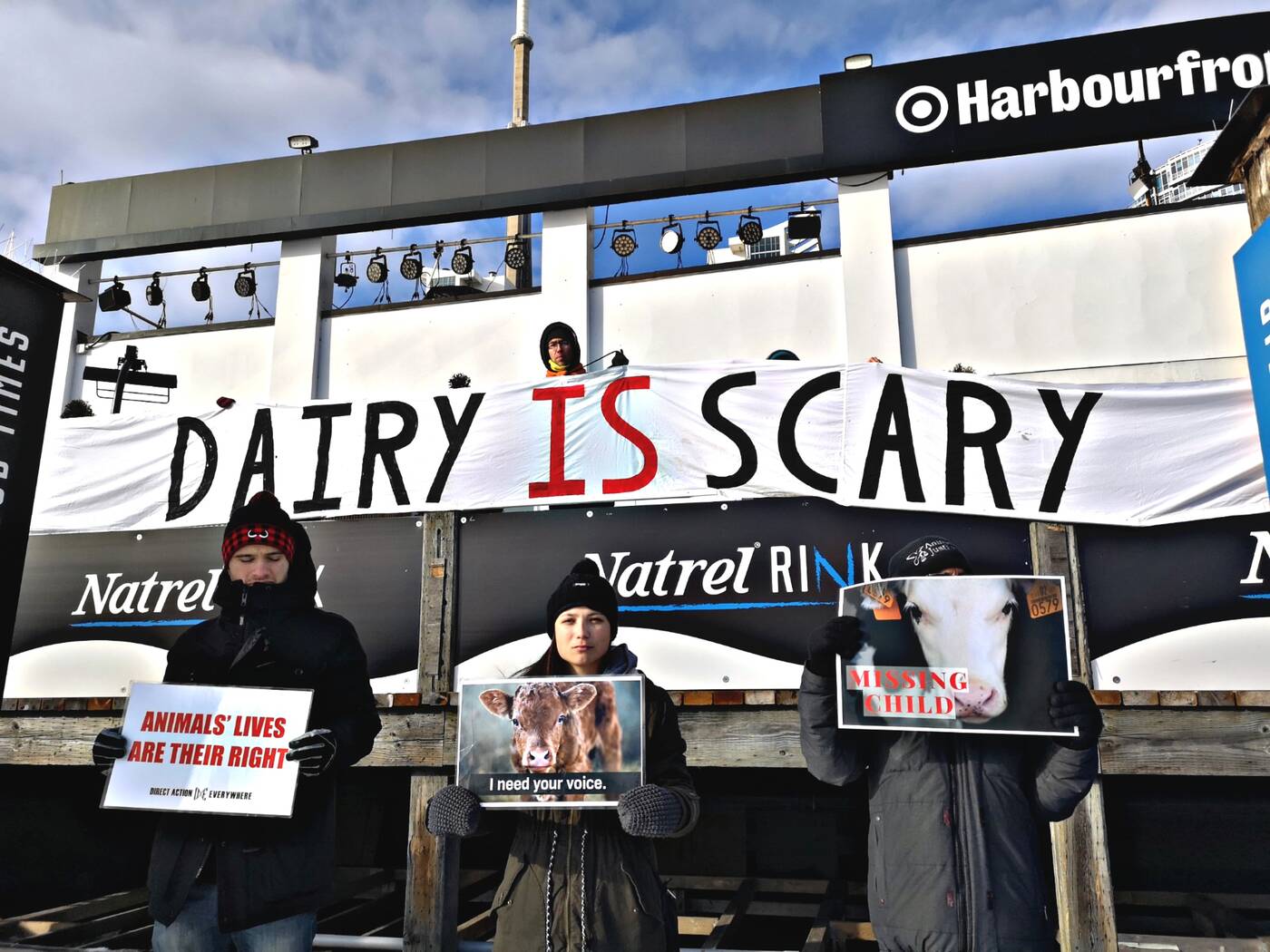 Activists from the international animal rights network Direct Action Everywhere (DxE) chose to target the popular rink as a way to pressure the dairy industry, which they say profits from cows being forcibly impregnated, sent to slaughter while pregnant and killed as babies for veal. 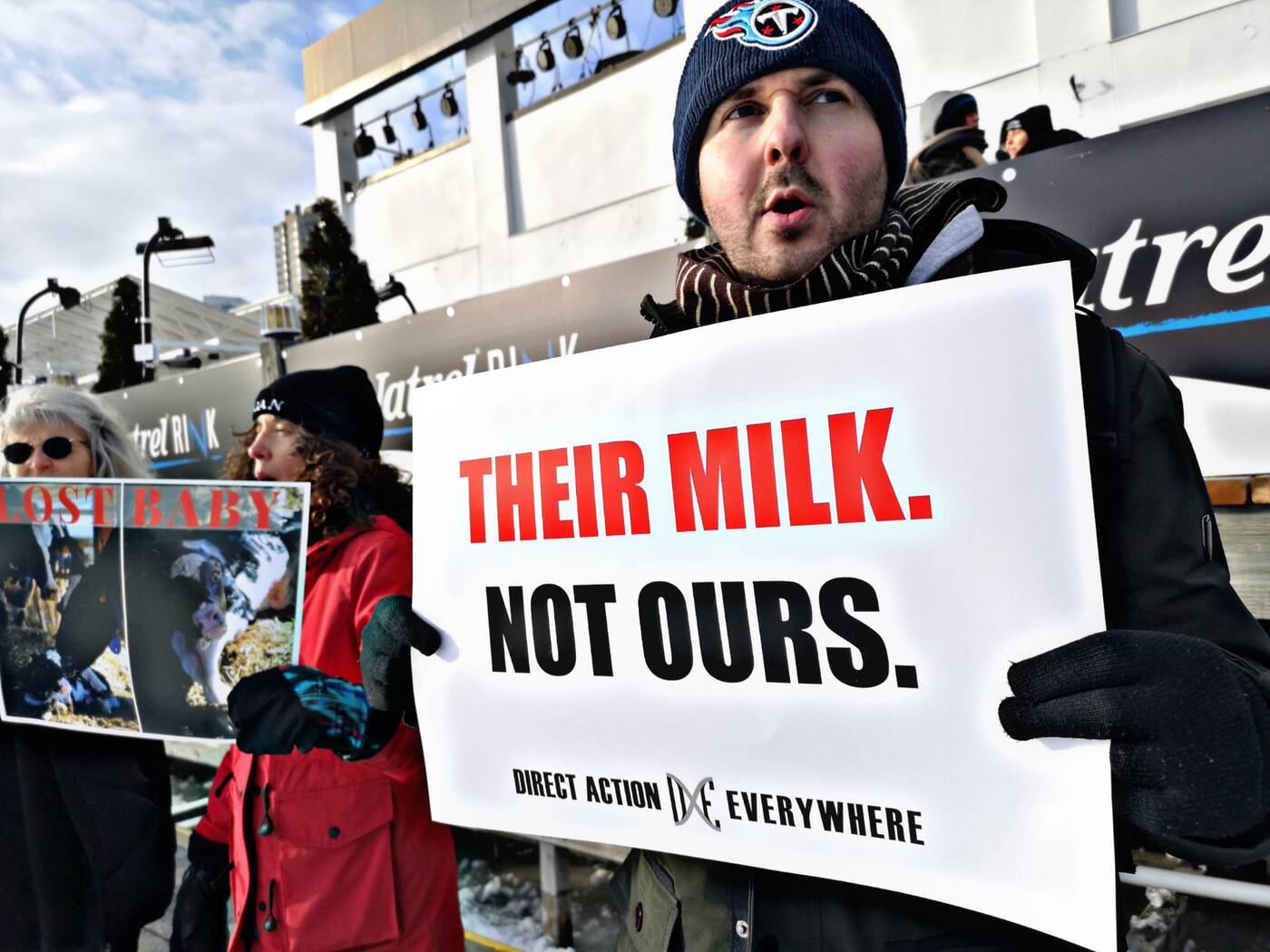 "Canadian Dairy Farmers have received lots of attention recently in the news, for their worry about the new Food Guide and how it might affect their profits," reads an event page for the demonstration on Facebook.

"Let's make sure the press, the dairy farmers, and the public know that animals are involved in this debate as well, and we will not rest until their voices are heard," it continues. "Join us as we take action this month, and speak out against the dairy industry." 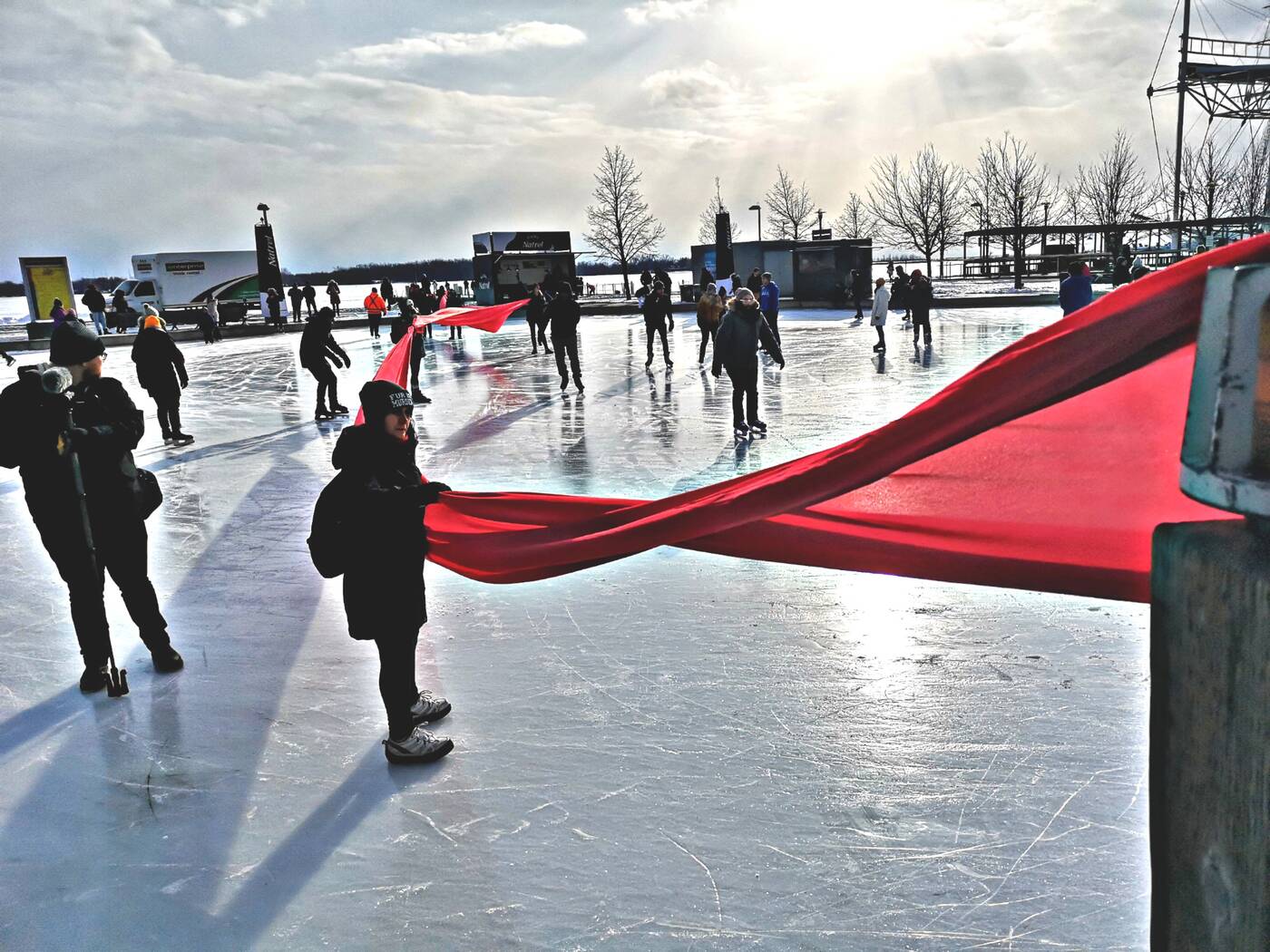 In total, a few dozen activists held up the Harbourfront rink around 3 p.m. on Sunday.

Those who were able to hit the ice did so in a way that would make skaters stop and listen to their cries (because you can't skate through a rink that's literally cut in half by rolls of fabric). 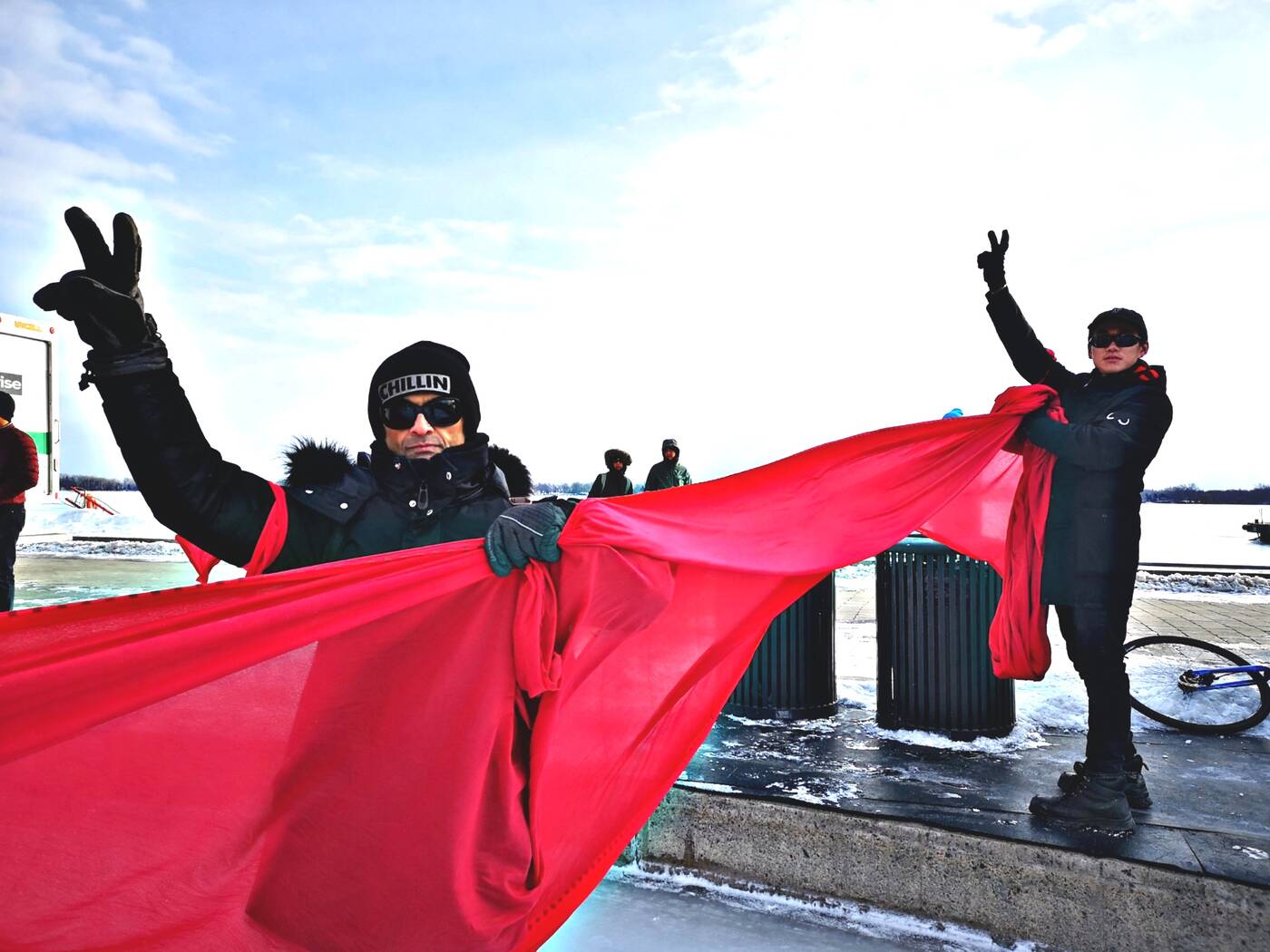 The red banner held up by protestors was meant to represent a "river of blood" from victims of the dairy industry. 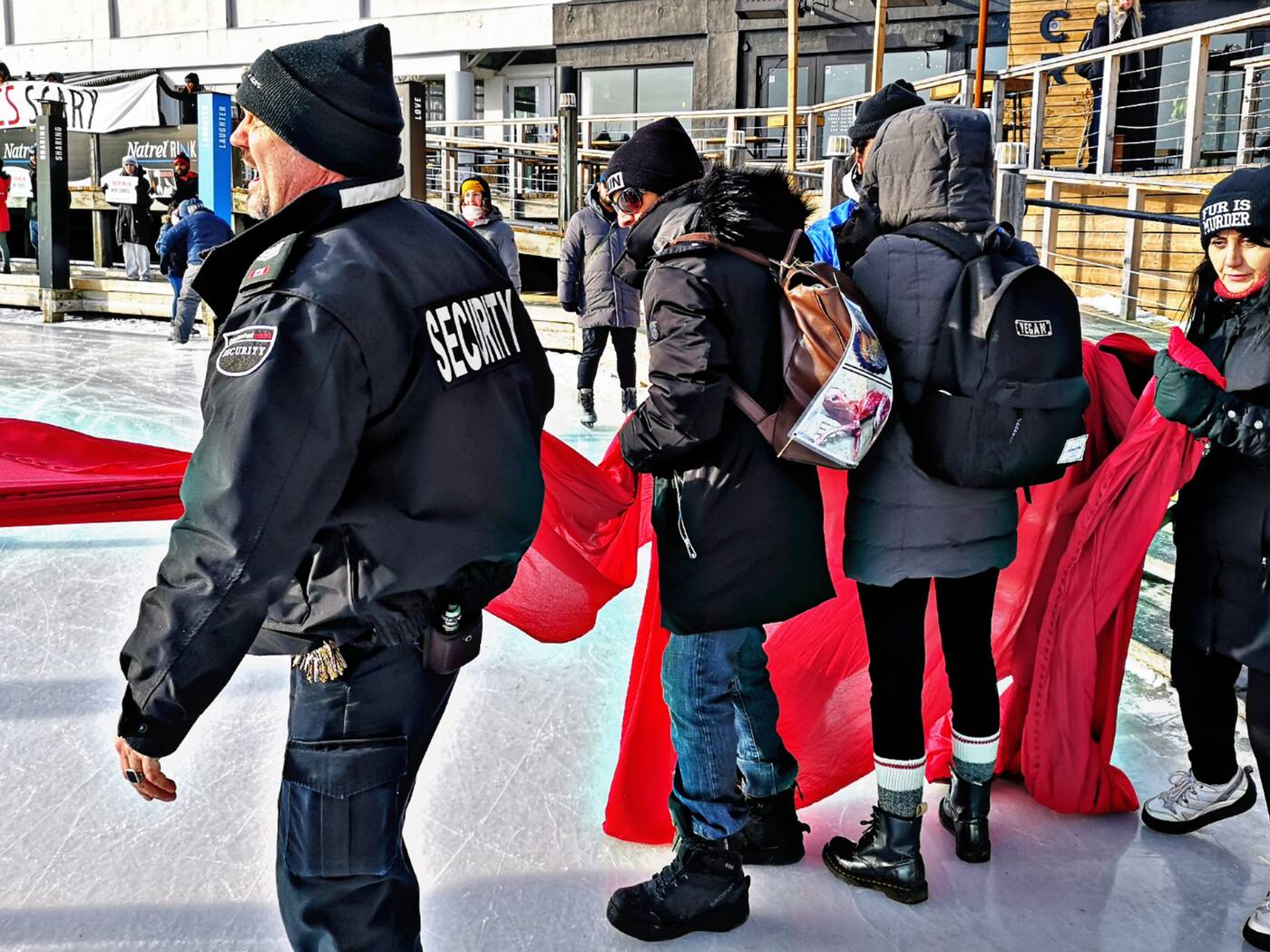 Skating lessons were taking place at the time, according to Harbourfront's schedule. Reports on Twitter suggest that some ice skaters yelled at the protesters to leave.

They did, after about five minutes, but not before snapping plenty of photos and making sure their message was heard. 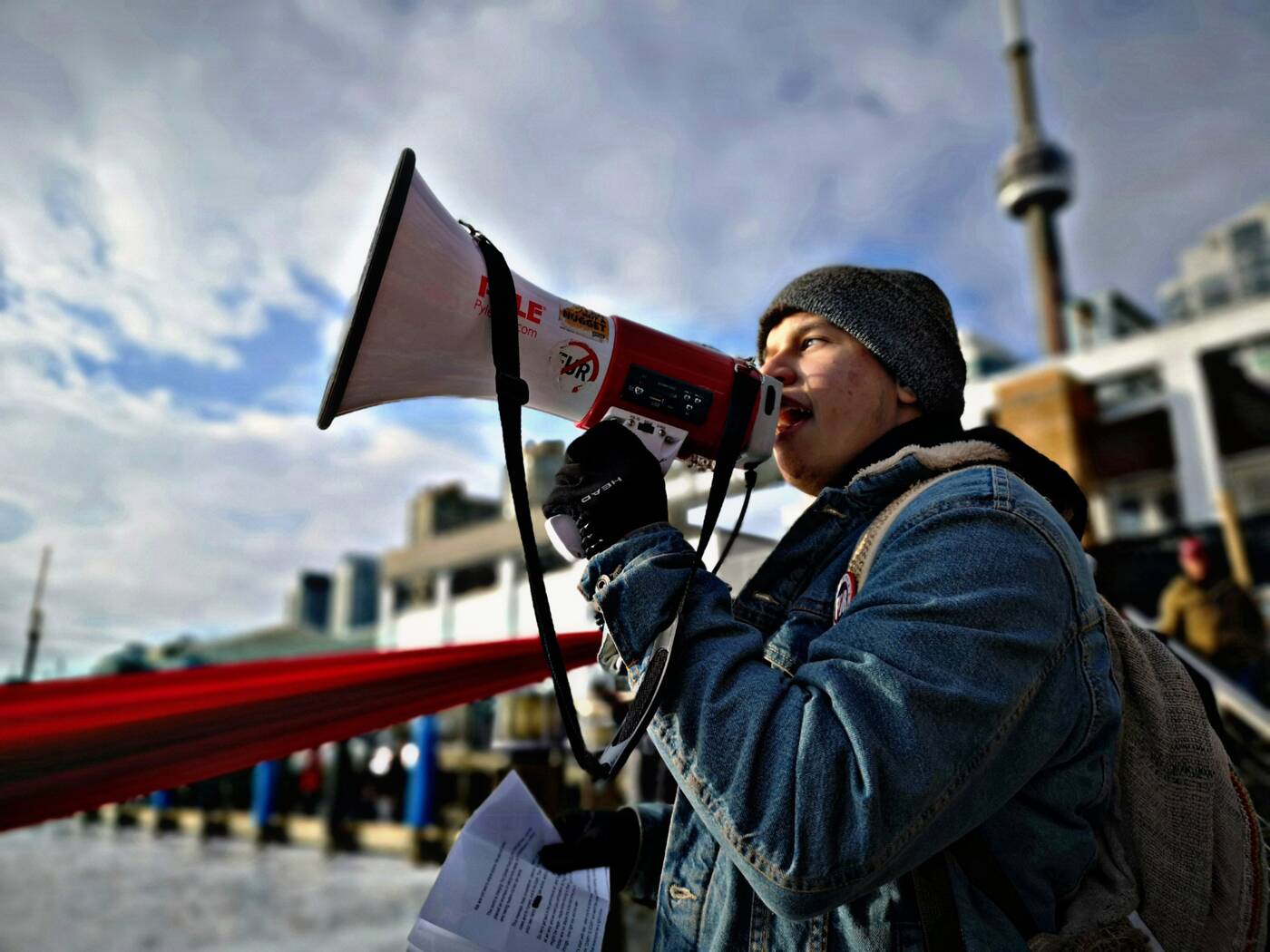