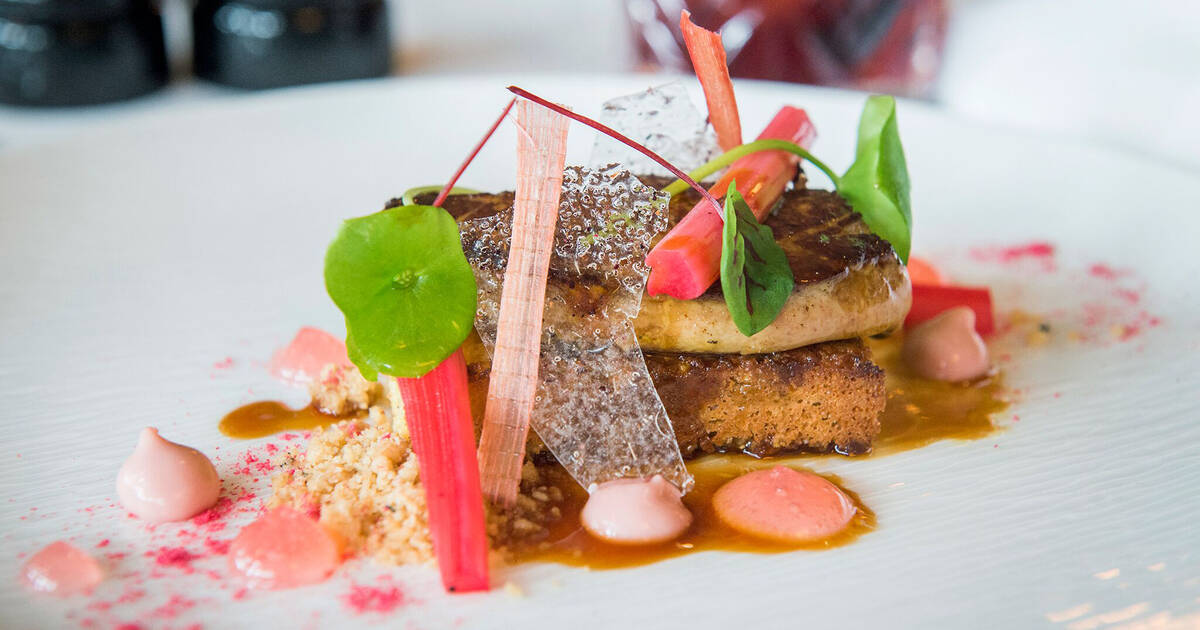 Weekend events in Toronto offer a welcome break from the winter gloom as Winterlicious kicks off around the city to feature decadent and delicious treats to try. You can put your ski gear to good use at the Roundhouse Winter Craft Beer Festival and party it up at the ROM.

ROM Friday Night Live (January 25 @ Royal Ontario Museum)
Back again is this huge party spread throughout the museum with music, food and drinks and access to Zuul: Life of an Armoured Dinosaur.
The8fest (January 25-27 @ Polish Combatants Hall (SPK))
All things Super 8 is on at this annual festival devoted to the fine art of small-gauge filmmaking with installations, workshops, talks and more.
Winterlicious (January 25 - February 7 @ Multiple Venues)
Winterlicious kicks off at venues all over the city as restaurants serve up special items, prix fixe menus and specials just for the occasion.
DJ Skate Nights (January 26 @ Natrel Rink)
Yohomo is ready to spin the hottest hits and spotlight the city's LGBTQ+ scene as Diego Armand and Phillippe keep the beats coming all night.
Roundhouse Winter Craft Beer Festival (January 26 @ Roundhouse Park)
Breakout the ski gear and drink up as local breweries arrive at Roundhouse Park for a winter fun fest with food, games, music and a fair few ski goggles.
Winter Opening Party (January 25 @ The Power Plant Contemporary Art Gallery)
The Power Plant is ready to unveil new exhibitions that highlight the work of global artists and its hosting a big opening party to get things going.
Escape the Nonsense (January 25-26 @ 5 Brock Events)
Every diet, fad and exercise you’ve ever tried is all in one room and it's your job it work through it all and journey on to a place of good health.
Toronto Pug Grumble (January 27 @ Trinity Bellwoods Dog Bowl)
Pugs from all walks of life are coming to scamper around Bellwoods, sniff each other's butts and snort a lot. Even celebrity pug Helmut will be there!
The Wedding Show (January 27 @ Hyatt Rgency Toronto)
Brides-to-be can scope out everything needed for the special day with industry leaders showing off a variety of décor, themes, ideas and options.
The Virgin Suicides (January 25 @ TIFF Bell Lightbox)
Warm lighting, 70's styles and an unforgettable soundtrack make up Sofia Coppola's take on a the story five of sisters and their untimely deaths.
The Color Purple (January 25-26 @ Art Gallery of Ontario)
Alice Walker's novel translated to the screen masterfully in this beautiful film that tells the story of Celie Harris-Johnson and her search for a new life.
Purple Rain (January 25-27 @ Cinesphere)
Prince shoots to stardom in front of your eyes in this semi-biographical film with the soundtrack that defined 80's pop culture and beyond.
Chef Flynn (January 25-31 @ Hot Docs Ted Rogers Cinema)
Chef Flynn McGarry has become a mainstay in New York's restaurant scene, not only for his skill, but because he began his career at just 10 years old.
An Elephant Sitting Still (January 27 @ Innis Town Hall)
From young director Hu Bo comes a story of intertwining narratives that touch several lives of people in a small town in northern China.
Honors (January 25 @ Mod Club)
Toronto's own Honors take a page from electro and some 90's Europe pop with their alt/indie tunes that are both dancey and subdued.
Ellis (January 25 @ Monarch Tavern)
Born out of Hamilton's music scene comes Ellis, whose slow and beautiful rock mixes hints of electro to create songs that are pulsating with emotion.
Little Junior (January 26 @ The Horseshoe Tavern)
Power poppers with a heart of gold, Toronto's own Little Juniors are performing alongside a few other up-and-comers as part of the Class Of 2019 series.
Myst Milano (January 27 @ Handlebar)
A mainstay on the Toronto electro scene, Myst Milano raps over heavy beats and deep cuts that are underscored by her punk roots.
Afro Haus (January 25 @ Bunda Lounge)
All the hottest beats from Sub-Saharan Africa and her diaspora are on with a night of Afrohouse, soca and dancehall courtesy of DJ Sarah Jane Riegler.
Boosie Fade (January 25 @ The Baby G)
Boosie Fade is back and ready to put on a party to celebrate the new year with installations, visuals, merch and hits spinning all night.
Australia Day Party (January 26 @ Gladstone Hotel)
Now in its third year, the Gladstone is celebrating Australia Day with a big Aussie-style party featuring trivia, food and Triple J's top hits.
80's & 90's Video Dance Party (January 26 @ Remix Lounge)
A special night of all things The Cure is on with the best new wave and post-punk hits from the 80's and 90's, videos and a Robert Smith look-a-like contest.
Dance Yrself Around The World (January 26 @ Sneaky Dee's)
Lose yourself to dance at this Daft Punk and LCD Soundsystem dance party dedicated to all the best electro rock, funk and indie.
Colour Your World (January 26 @ Coda)
Forget the winter blues as Colour Your World transforms CODA into a whirling wonderland of decorations, art and super good vibes for the night.
Secret Society (January 26 @ Rebel)
Secret society is back to take over Rebel and feature DJ Kenny Glasgow spinning all the best house and mixes alongside Manzone & Strong and Sierra.

by Lisa Power via blogTO
Posted by Arun Augustin at 10:59 AM