The TTC is now recording video from all buses and streetcars 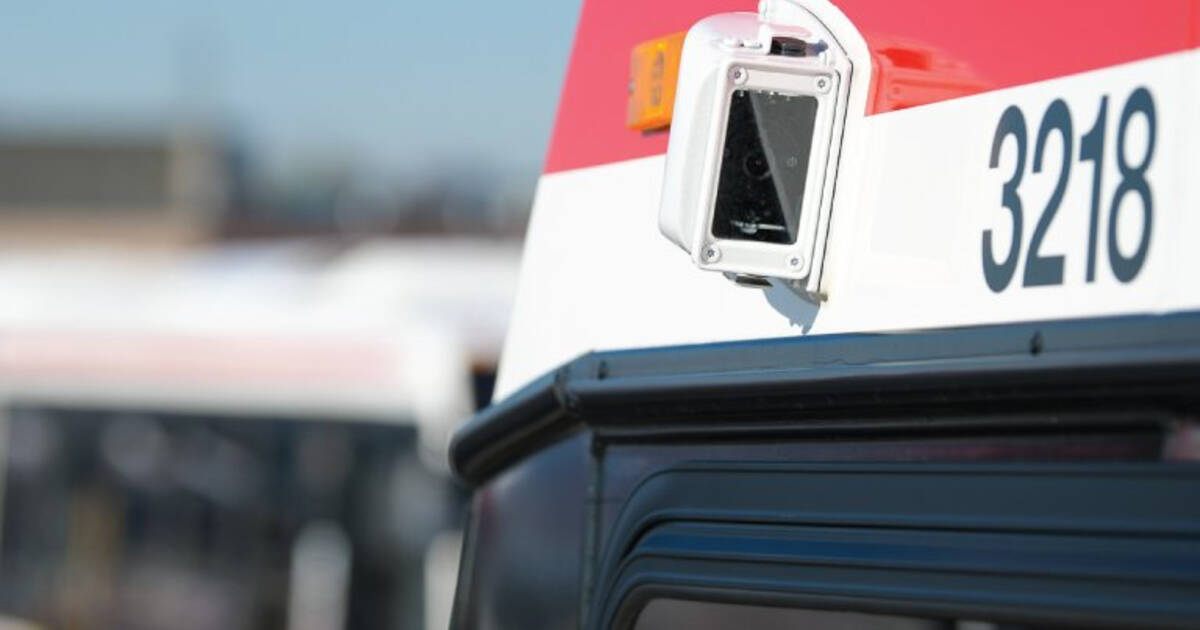 Toronto just got a whole bunch of new eyes with which to catch drivers behaving badly (or to prove their innocence, as it may be.)

Starting today, the TTC is activating external cameras on its buses, streetcars and Wheel-Trans vehicles to help better investigate accidents—both those involving TTC vehicles and others that may be of interest to Toronto police.

"Toronto is one of the last municipalities in Ontario to implement forward-facing and external cameras on surface vehicles, and this has been a long-standing gap in our incident investigations model," reads a release from the transit agency.

"External cameras will be primarily used to capture vehicle-pedestrian, and vehicle-vehicle incidents."

The primary purpose of this program is, of course, to ehance public safety and support the investigation of TTC-related customer complaints.

That said, the TTC is careful to note that it will release video footage to law enforcement agencies upon request with a production order.

The TTC may also release footage to police without a production order to assist in immediate homicide, abduction and terrorism investigations, as well as in certain circumstances, such as those that could result in bodily harm or death.

Everything captured by these cameras will stay on file for 72 hours before getting overwritten, unless an incident triggers the file to be downloaded, in which case it'll be retained for a minimum of one year.

Anyone recorded by one of the TTC's dash cams can request access to video footage of themselves under Ontario's Municipal Freedom of Information and Protection of Privacy Act, but would need to pay a fee so that the TTC could redact (blur out, essentially) all other people captured in the clip.

This graphic provided by the TTC shows where active cameras are currently placed on city buses. Image via TTC.

Each TTC bus will have a total of six cameras watching the streets, while streetcars will only have one at the front to start. Wheel Trans vehicles will be outfitted with three cameras a piece.

In an effort to be transparent as possible, the TTC is posting decals on vehicles to let the public know they're being actively recorded.

They're easy to spot, judging by what we've seen so far: Keep an eye out for what looks like an old iPhone inside an extra-thick white case above the windows of your local bus.

by Lauren O'Neil via blogTO
Posted by Arun Augustin at 12:38 PM