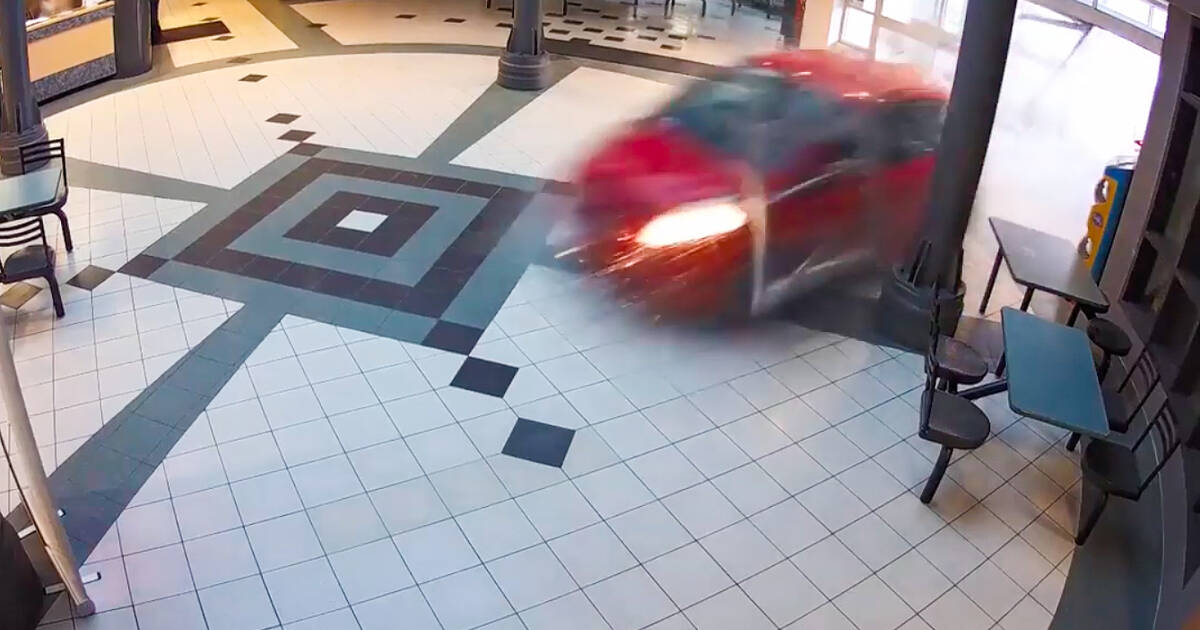 Police in Durham Region are looking to speak with anyone who may have seen a woman crash her car through the front window of a community centre and into a children's pool late last week.

The 36-year-old Ontario woman was arrested on Friday, January 25, after what police later described as a "mental health related" incident in Clarington, Ont, about one hour east of Toronto.

Security footage from both inside and outside the the Courtice Community Centre shows a red car speeding toward the front of the building. The car crashes easily through multiple panes of glass before flying straight through the community centre's spacious front atrium.

Durham Police say that the incident, which took place around 8:40 a.m. on Friday, ended with the woman and her car being found in the centre's children's pool.

Fortunately, the driver was the vehicle's only occupant and nobody was in the pool at the time.

Police say that there were no injuries, but that the building itself sustained extensive damage.

a vehicle drove into the Courtice Community Centre building and into the pool. Female driver was not hurt she was the lone occupant. Extensive damage to the building pic.twitter.com/mvjTrERIQ3

Witnesses are encouraged to contact Durham Police at 1-888-579-1520 with any information.

by Lauren O'Neil via blogTO
Posted by Arun Augustin at 1:16 PM