The 10 locations in Toronto that get the most parking tickets 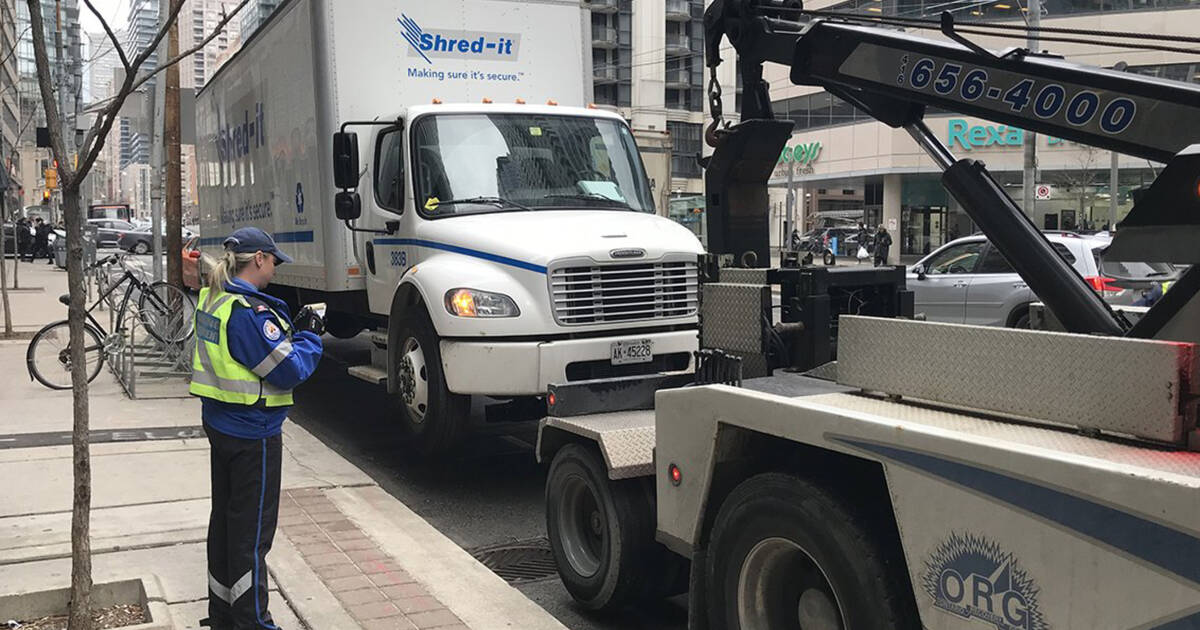 The only thing worse than trudging through a parking lot in this weather is getting there and seeing a ticket on the windshield of your car.

Parking tickets are terrible, and some areas in Toronto are hot spots for those pesky yellow slips.

After analyzing all the data from 2017 (the most recent available data), the Toronto Star determined the top ten biggest hot beds for parking tickets.

At a whopping 8,232 tickets issued, Sunnybrook Health Sciences Centre tops the list with ease. The problem here is people parking in ambulance and fire lanes, as well as drop-off areas and spaces reserved for people with disabilities.

This short street, which was home to 6,302 issued tickets, runs between the Eaton Centre and parts of the Atrium on Bay. This is one of the most heavily trafficked areas of the city, and as a result, there's supposed to be no parking on the north-side of the street. Many have failed to get the message.

Surrounding venues like Roy Thomson Hall, the Four Seasons Centre, and several dining options make this a popular spot for visitors. Private property in the area, Green P lots, and a ban on rush hour parking led to a total of 4,060 tickets here in 2017.

Home to U of T Scarborough, this address was home to 3,713 tickets during the period studied. Student parking is available, but parking on private property tickets made up the majority of these.

This address is where you'll find Yorkdale Mall—and 3,468 parking tickets a year. Parking at this mall for more than five hours could earn you a ticket, and using the mall's lot to commute (instead of the TTC lot) will get you dinged as well.

Here you'll find Humber Bay Shores Park, and access to Etobicoke's section of the waterfront. Out of the 3,045 tickets issued at this spot, most of them were for not paying the machine, and a good chunk of them were given for not having a valid Ontario licence plate.

Located near Toronto General Hospital, this short street between Gerrard and College was able to rack up 2,862 tickets, most of them for not feeding the machine.

There are two condo towers here next to a townhouse development. There's also a narrow fire route, which people seem to love parking on illegally. Almost every single ticket here, other than six, were given for parking on private property.

Located on the other side of Toronto General Hospital from the address above, this spot was the site of 2,565 parking tickets in 2017. When parking starts at $4.50 in the lot here, it's worth it for many to take their chances.

Lots of people have to visit courthouses, so there's a ton of cars coming and going. This spot saw 2,538 tickets, almost all of which were for parking on private property.

by Staff via blogTO
Posted by Arun Augustin at 1:33 PM