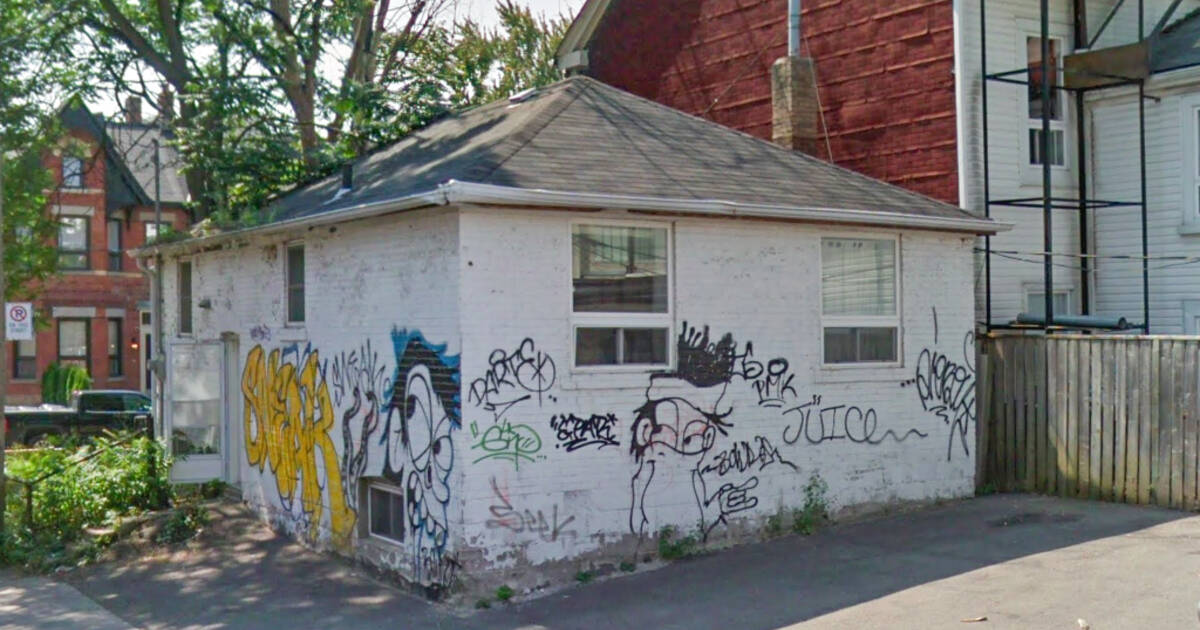 A small, dilapidated, graffiti-covered bungalow has been raising eyebrows with its exorbitant price tag today after someone posted a photo of the house on Reddit with the caption "Want an example of how crazy real estate is in Toronto?" 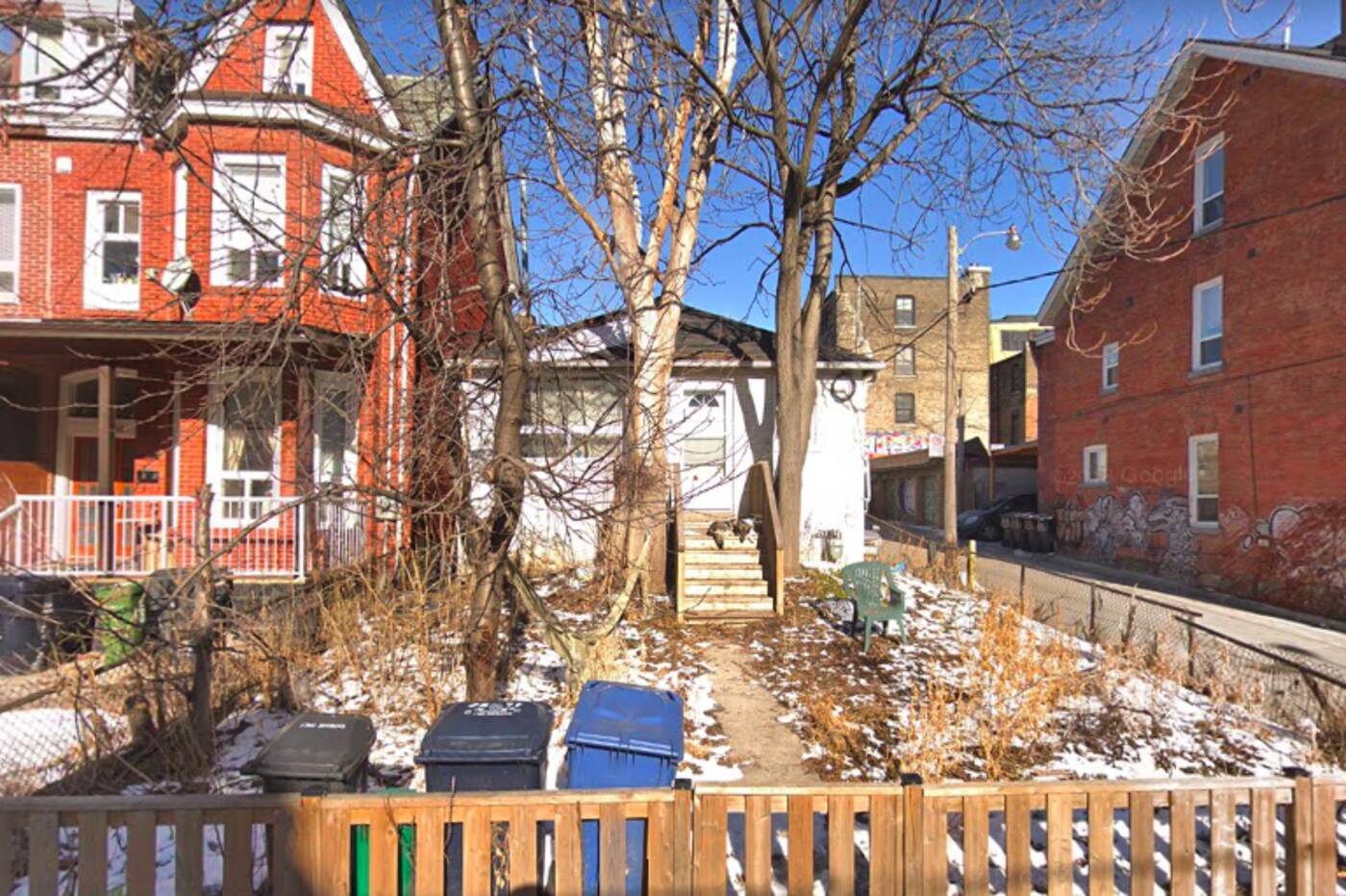 The house, seen from the front here in February of 2018, boasts 2 bathrooms and 2 + 1 bedrooms. Image via Google Maps.

To be fair, the home is just steps from OCAD and shares a border with several bustling Chinatown businesses. It's got a walk score of 100, is conveniently placed next to an alley and boasts an atypically wide 32.75 ft by 160 ft. lot.

There's also a sizeable back parking lot, though it usually seems to be occupied by food delivery trucks (presumably there to service the many nearby markets and restaurants on Dundas West).

Listings for the home tout a central air-conditioning unit, a gas burner, two bedrooms and two bathrooms—and yet, by the realtor's own admission, the house is a total teardown. It comes in "as is" condition and is marked "land value only." 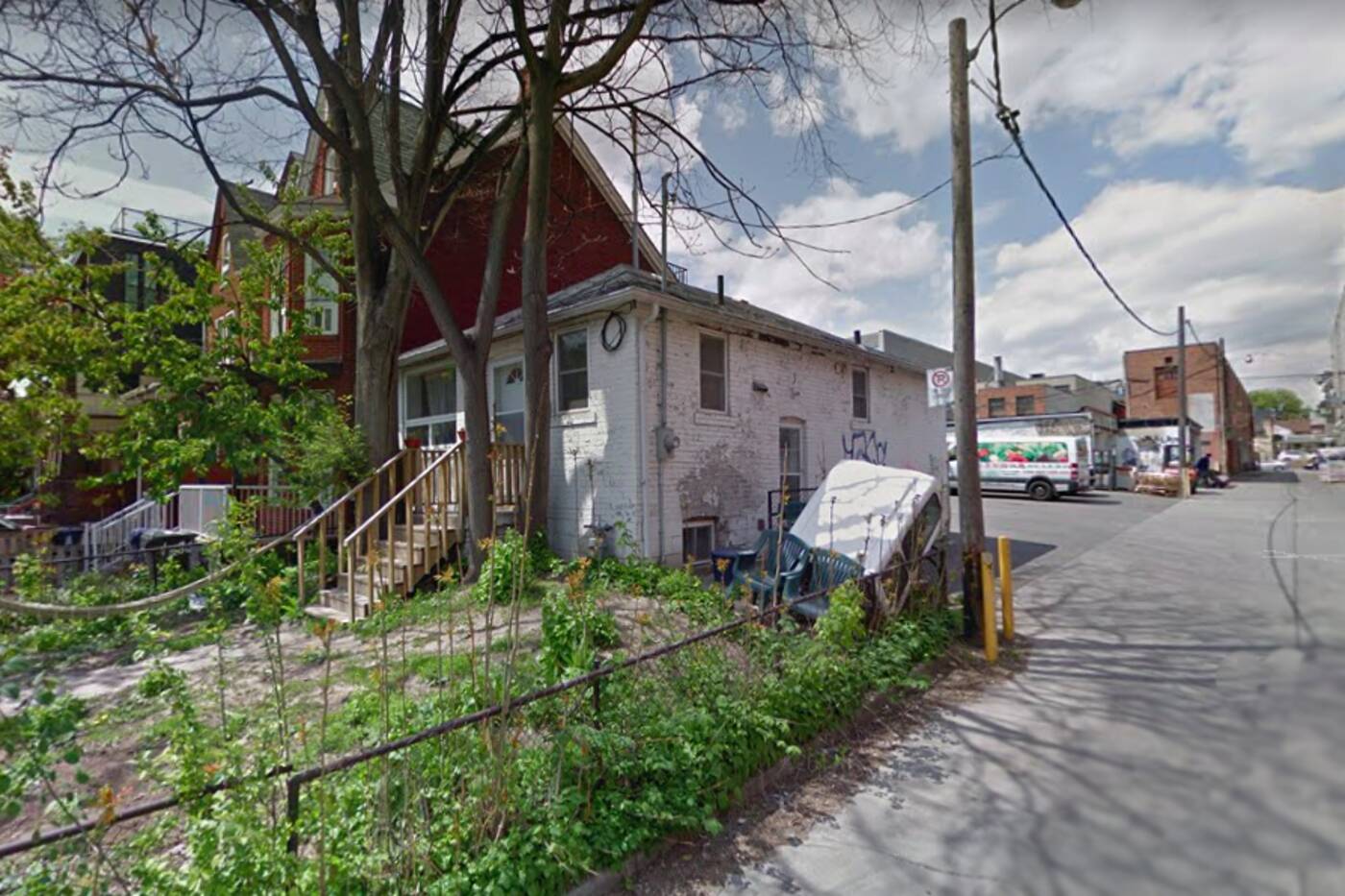 The house isn't beautiful, but it does back onto a big parking lot. Image via Google Maps.

Still, when $2.5 million can score you a stunning 5-bathroom detached house on a lot that's almost the same size in a neighbourhood that's almost as hot, it seems pricey.

Curious as to how such a property could command that much cash in a neighbourhood where homes are listed, on average, for just over $975,000, I called up the brokerage selling the place.

A representative for New Century Real Eastate Corp., which lists its headquarters in the same Dundas West stripmall behind the property, confirmed that the place is selling for $2.5 million. He also confirmed that the lot itself was the selling point here. 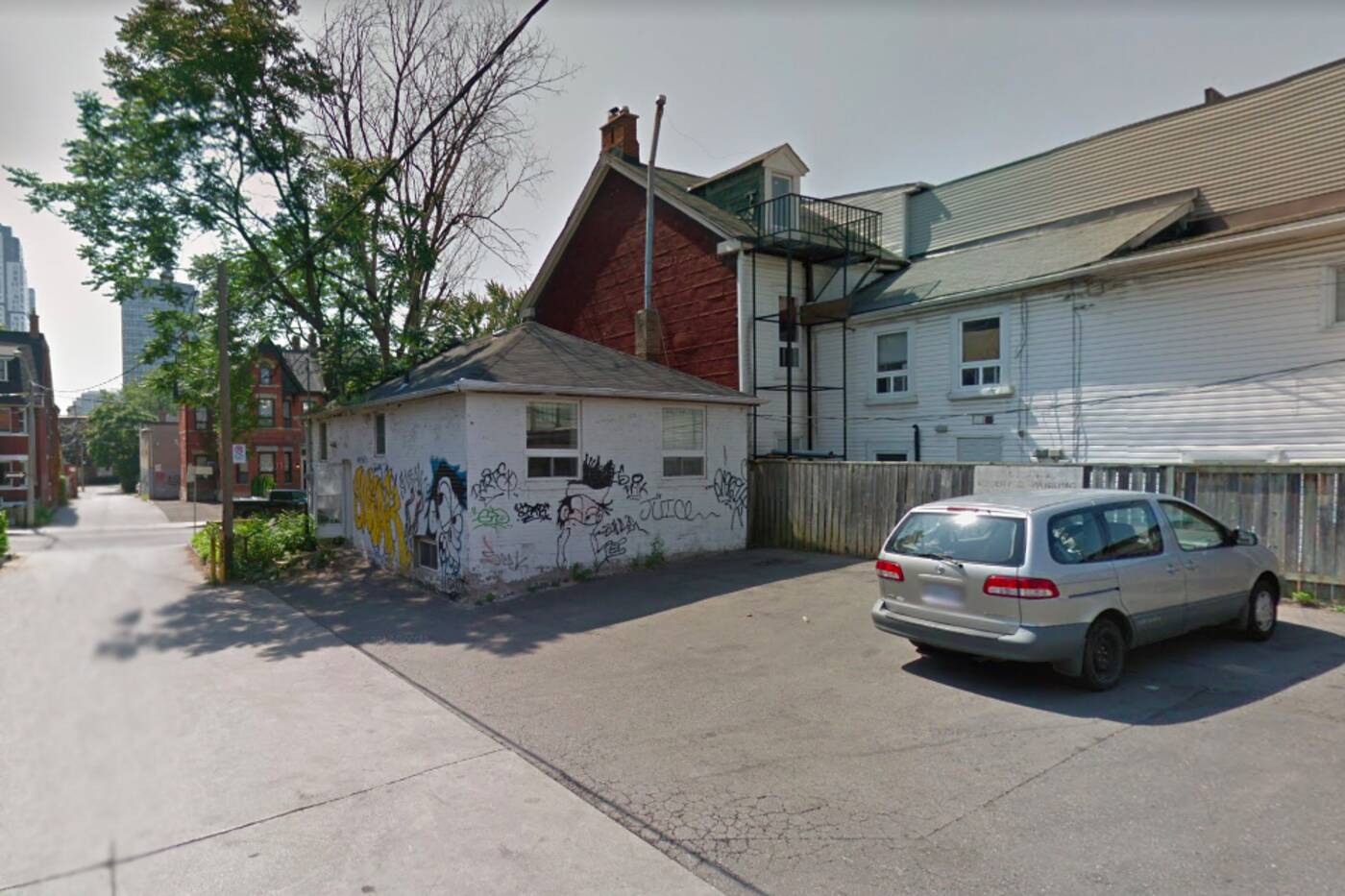 The house buffers a lane that leads directly into the heart of Toronto's busy Chinatown district. Image via Google Maps.

When asked why the lot was worth so much money, he said "developer and builder, they know what's the value, okay? Thank you." And then he hung up.

Those interested in learning more about the property can check out the listing here, or better yet, join the people of Reddit in exploring what might be behind that $2.5 million price tag.

by Lauren O'Neil via blogTO
Posted by Arun Augustin at 12:15 PM