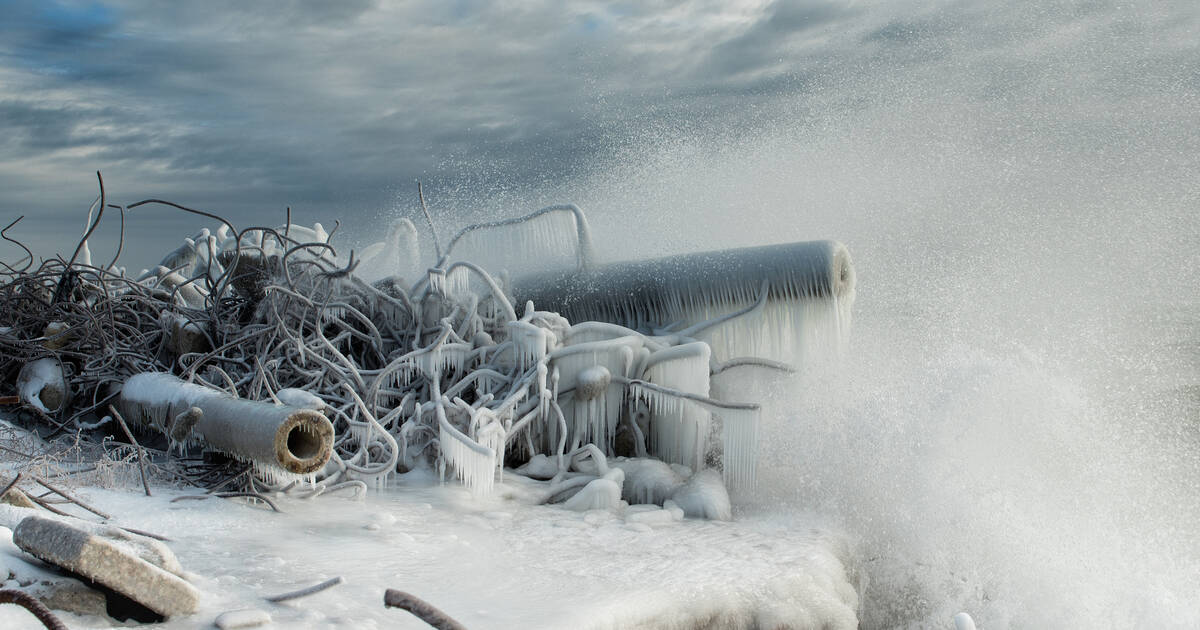 Enjoy this wet, warm(ish) Thursday while you can, friends, because the "traditional Canadian winter" we've been experiencing in Toronto over the past few weeks is only getting started.

Temperatures are expected to remain steady at around 0 C today, though snow flurries could hit some parts of the city. Either way, it's a welcome reprieve for our wind-chapped faces, and one of the last we'll get for a while.

An arctic air mass is headed for Southern Ontario, bringing with it another sustained blast of snow, wind and ice. It'll feel like -18 C by Thursday night, if forecasters are correct, and it's all downhill from there.

Friday, Saturday and Sunday will all boast wind chills in the negative mid teens with the potential for flurries or snow, but the real trouble starts early next week with the arrival of a "potent clipper system."

Yes, we are closely watching the potential for a significant system (possible snow storm) Monday night & Tuesday. It looks like it will track across or just south of Southern Ontario

"Confidence is increasing that this storm will have a significant impact on our region during Monday night and Tuesday," said Weather Network meteorologist Dr. Doug Gillham on Thursday morning.

Forecasts shows between 5 and 15 cm of snow accumulating between Monday and Tuesday, though Gillham does say it's still "too early to be certain of the exact storm track and the resulting snow totals."

Snowed-in or not, we're set to experience "the coldest air of the winter" near the end of next week according to the Weather Network.

"Colder than normal temperatures are expected to dominate the month of February and into March as well," warns the outlet in an article tagged with "Deep freeze returns."

See you in April, I guess.

by Lauren O'Neil via blogTO
Posted by Arun Augustin at 8:13 AM