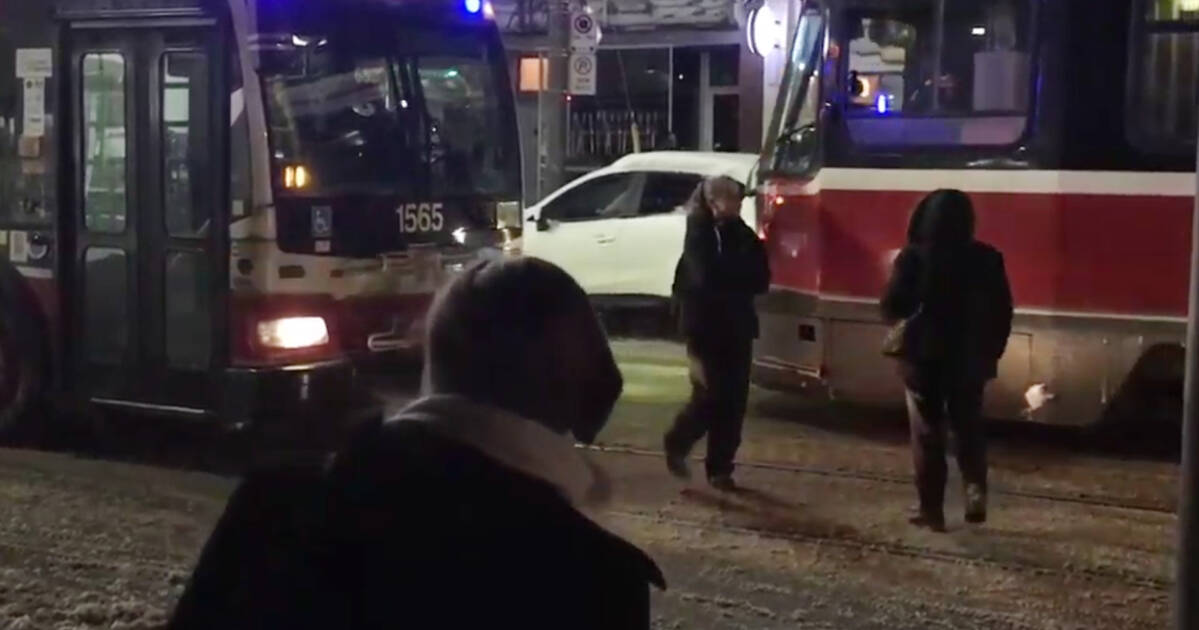 There are few things more frustrating than waiting in the cold for a streetcar, just to have it short turn.

There are many reasons why buses and streetcars will short turn. They could do it to fill gaps in another route (or the same route in the opposite direction), they could do it because of traffic or bunching, or many other reasons.

The TTC insists that the short turns help many others while inconveniencing a few, but when you're the one left in the cold, it can be extremely frustrating.

They are, after all, the number-one complaint of riders.

However, they may not be frustrating enough to block hundreds of people's commutes home, like one pair of people did last night.

Two Torontonians were caught on video blocking several streetcars and buses on the 501 Queen route, just east of the DVP in Riverside.

Other frustrated passengers and onlookers argue with the two, asking them to move, but they insist their frustration comes from "ten to fifteen" short turns on the route.

With such freezing temperatures, it's unsurprising how frustrated those waiting for them to move became. In the video, it's hard to see how many streetcars are backed up, but it looks like more than a dozen. One passenger telling the pair off say it's backed up "past the bridge."

Seeing as short turns are sometimes the result of bunching, perhaps bunching a dozen or so streetcars wasn't the wisest solution.

It's unclear how long the pair blocked service, but they insist they've been there "more than an hour."

by Staff via blogTO
Posted by Arun Augustin at 9:10 AM