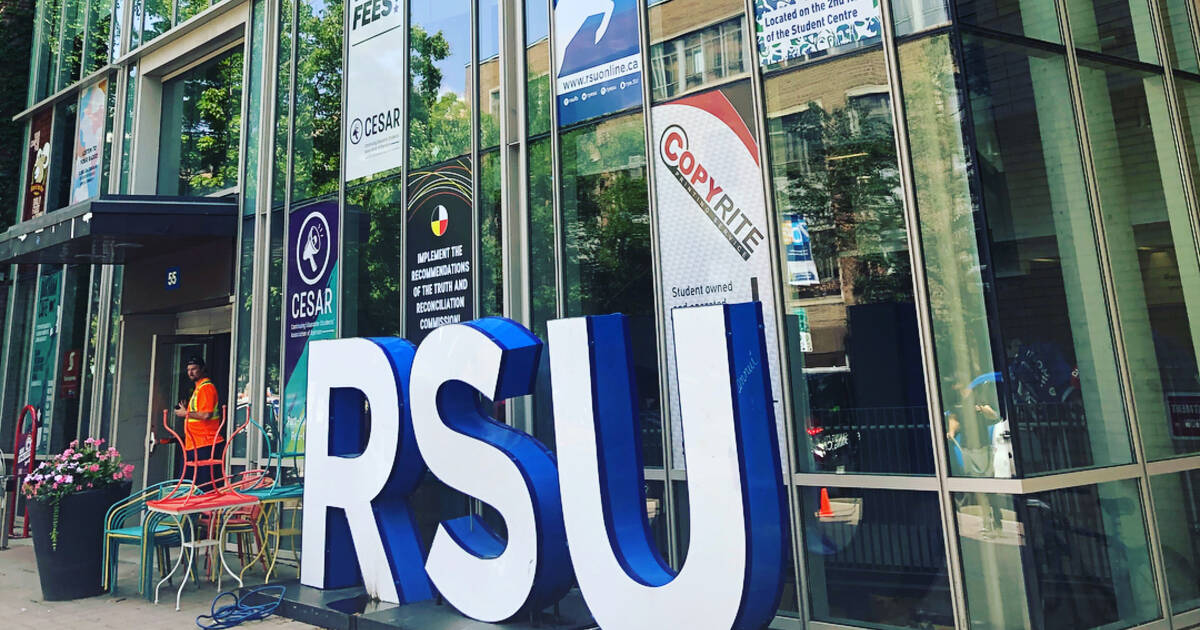 Things aren't looking great for Ryerson Student Union president Ram Ganesh, who on Friday was accused—with receipts—of racking up more than $250,000 on an RSU credit card with expenditures such as booze, personal shopping sprees and nights out at the club.

You see, Ryerson students must pay into the student union as part of their tuition. The fee is mandatory and adds $78.50 per semester to the bills of most full-time undergraduate students.

Many were thus furious over the weekend upon learning that Ganesh had potentially spent thousands of their dollars at the LCBO, Casino Rama, EFS, Champs, Bar Everleigh and other establishments listed in credit card bills published by student newspaper The Eyeopener.

To all Ryerson students that are concerned about OSAP right now, not only do we have that to worry about, but low and behold, our student union spent over $250k on their fucking selves!!! Buying clothes and living the fucking life at Toronto clubs

Ganesh (who has been suspended from his post as president alongside RSU vice-president of operations Savreen Gosaand) is set to face the music this Friday at an emergency board meeting where his team will be asked to provide receipts and explain how the funds were spent.

Should they be unable to prove that all of $250,000 of the charges were connected to legitimate expenses, they could face legal action.

Ryerson University itself said in a statement on Friday that it "takes these allegations very seriously" and that "protecting the interests of Ryerson students is of primary concern to the University."

That said, because the RSU is a separate corporate entity with its own Board of Directors, Ryerson says it "has no ability to conduct an independent investigation into RSU finances."

University President Mohamed Lachemi has requested a meeting with members of the union's executive team nonetheless.

RSU student groups director Maklane deWever, who unveiled the credit card statements during a board meeting last week, told CBC Radio on Monday that he became suspicious of the current executive team when they failed to release financial statements at the end of 2018.

He met with the student union's accountant last Tuesday to review credit card statements and was troubled by many of the purchases made in Ganesh's name with an RSU credit card.

deWever said last week that around $250,000 has been spent since May of 2018 alone, which is unusual given that only $100,000 was spent by the previous executive team all year.

"We are not ruling out that it could potentially be that they are all legitimate," he said of the expenses, "But it definitely poses some very, very, very, very interesting questions."

A time and location has yet to be set for the meeting, but deWever says it'll be open to the public—which may not be great for Ganesh or anyone else implicated in the spending scandal.

It's clear that trusting these RSU members with the students' money is impossible, and all involved - especially President Ram Ganesh - should resign and be held financially accountable. https://t.co/lGRRGWdQEB via @CdnChange

Nearly 700 people have now signed a Change.org petition calling for the immediate resignation of RSU's president and "those complicit" in the situation.

"We have seen highly irregular spending by the RSU President, on a union owned credit card he was not even supposed to have in the first place," reads the petition.

"And while there is no explicit proof of misuse by Ram Ganesh at this moment in time, there is plenty of evidence of misuse of a resource he should never have had in the first place, as outlined by the RSU financial policies."

The petition was created by the Ryerson Rhino Party, which also decried Ram on Facebook last week, and its sentiments are being echoed on Twitter by Ontario Premier Doug Ford to champion his own (widely-crticized) changes to how post-secondary institutions are run.

I've heard from so many students who are tired of paying excessive fees, only to see them wasted and abused.

That's why we're giving students the power to choose to pay for the campus services they actually use.https://t.co/XYC8G4jaZ0

The RSU executives have yet to be declared guilty of any wrongdoing, but many students seem to want Ganesh gone anyway, based on what they've seen so far.

"At a time when student unions and student groups are facing multiple attacks on their very existence, the actions of one individual such as Ram harm students across the province as a whole," the petition continues.

"Ram is single handedly destroying the reputation of the RSU, Ryerson and all student groups across the province. He must be stopped."

As it stands now, they'll have to wait and find out whether or not the expenses can be reconciled. Ganesh promised last week that he would indeed be able "to give the students a more wholesome picture of the current financial standings" on February 1.