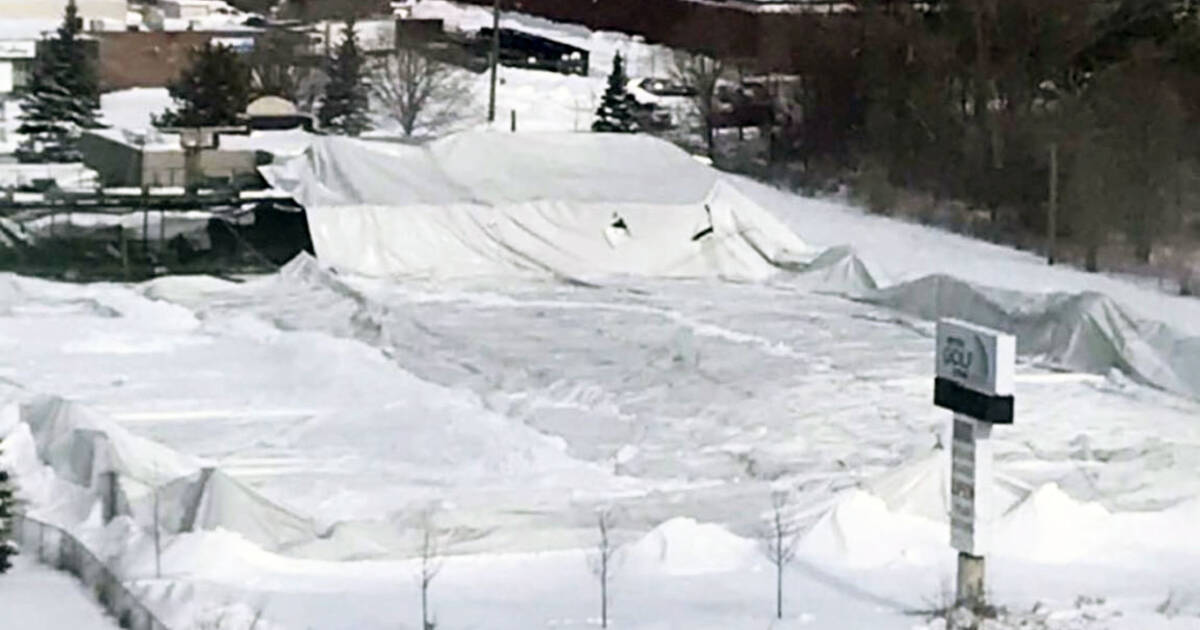 If you think you've had it rough during this week's record snowfall, just be glad your golf dome didn't collapse.

The people over at Metro Golf Dome in Scarborough have had a rough go of it, as their dome has collapsed fromt he weather.

"Please note: The Metro Golf Dome is closed due to damage caused by the snowstorm that occured on Jan 28, 2019. We will advice more info when it is available. Thank you," reads a statement on their website.

The owner of Scarborough’s Metro Golf Dome says he’s overwhelmed, an emotional wreck after heavy snow and wind in this week’s storm brought down the facility’s giant white dome pic.twitter.com/vS6CVlDMKC

Footage captured by CTV Toronto shows the usually-inflated dome completely flattened, covered in snow, and with what appears to be rips in the fabric.

Very sorry that the Metro Golf Dome has collapsed. Now I will have to find another indoor range in which to be awful.

A record-breaking 26.4 cm of snow fell on the city Monday, rendering much of the city closed or inaccessible.

by Staff via blogTO
Posted by Arun Augustin at 1:50 PM