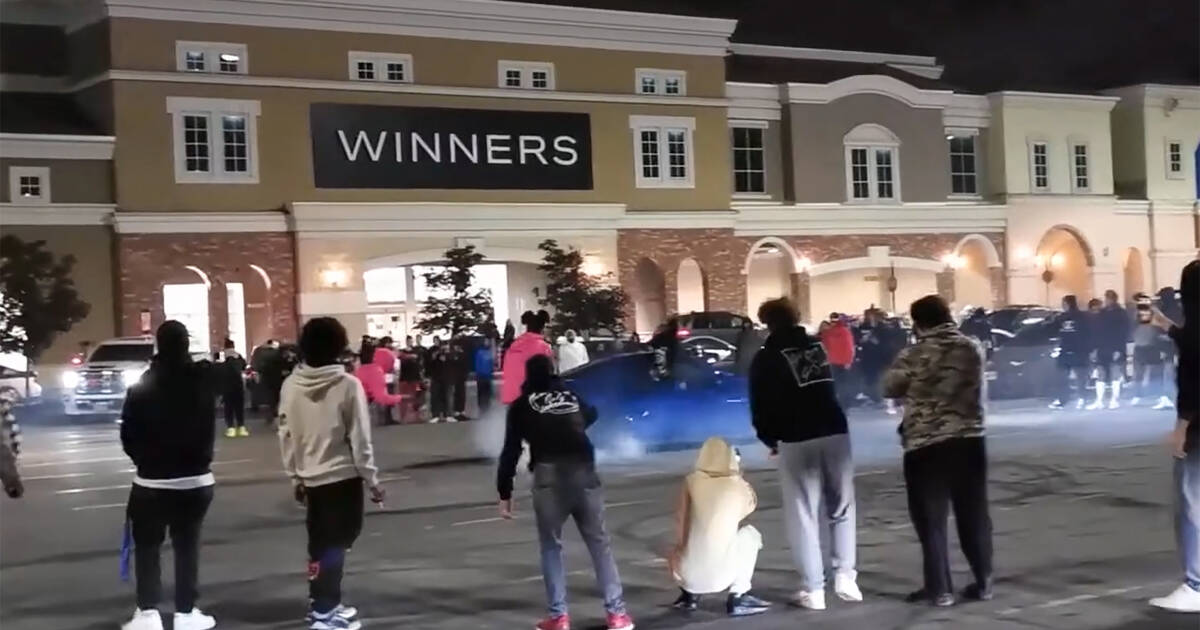 If you didn't hate those dudes who block off major intersections to do donuts and squeal down the Gardiner in modified Hondas at 2 a.m. before the pandemic, chances are you do now, given how they keep gathering by the hundreds to thumb their noses at COVID emergency orders.

The behaviour of car meetup attendees in and around the GTA in recent weeks has been described as appalling, stupid, brazen and, by me, as douchey, but also incredibly dangerous: Not only are these massive rallies potentially spreading the coronavirus, they're putting the lives of innocent people on local roads at risk.

More infuriating still for observers is how above-the-law these groups seem to think they are, jumping on cop cars, evading police, growing increasingly bold in their actions and bragging about it on Instagram.

This cockiness (or literal lack thereof) has at least in part led to the downfall of six local meetup organizers who face serious criminal charges with possible sentences including jail time.

Watch LIVE as we share details on a joint forces project across the GTA https://t.co/mA3Jb7MJHV

Peel Regional Police announced this morning that six street race facilitators from all over the GTA had been arrested as the result of a joint investigation with the OPP and York Regional Police called Project Drift (Dangerous Racing Investigative Focus Team.)

The six men, all in their 20s, are said to have "willingly put their own lives and the lives of others at risk, making them a serious threat to public safety."

Together, they face more than 40 charges under the Criminal Code of Canada, including dangerous driving, obstruction, causing a disturbance and failure to comply, among other things.

"The driving behaviours that were captured far exceeded the threshold of what constitutes a dangerous driving charge," reads a release from Peel Police detailing the investigation.

"Those who involved themselves in these types of activities, were engaged in highly-organized and coordinated attacks on our roads, including taking over entire intersections and disrupting travel of other residents."

"Those involved with these groups are not car enthusiasts, and are responsible for dangerous disruptive vehicle manoeuvres including staged street races, drifting, stunting and other hazardous driving behaviours which often occur in the presence of large crowds."

Four of the men arrested were members of a well-known local group called TOTakeoverss, according to Duraiappah.

Jonathan Rooplal, 25, of Toronto, was described as the group's organizer and operator. He has been charged with Dangerous Driving, two counts of aiding and abetting Dangerous Driving, Obstruct Person in Lawful Seizure and Cause Disturbance.

Twenty-nine-year-old Tyler Kendall of Brampton, an alleged member and promoter of TOTakeoverss, was charged with obstruction and 12 counts of aiding and abetting Dangerous Driving.

Mohamed Djebel-Ameli, 22, of Richmond Hill, and Torrell Campbell, 22, of Barrie, were charged with four and 12 counts of aiding and abetting Dangerous Driving respectively for their involvement with the TOTakeoverss group.

Duraiappah mentioned two other street racing meetup groups when announcing the arrests: The first, 416Wolfpack, was allegedly 0perated by 23-year-old Harmanjot Rehal of Mississauga, who is charged with four counts of aiding and abetting Dangerous Driving.

The other is 905MexicoRuns, allegedly operated by 21-year-old Torontonian Amidulla Baluch who has charged with five different criminal offences including Breach of Probation and Possession of Property Obtained by Crime.

This is how stupid y'all look when you go to TOtakeovers https://t.co/w14TlHKDRb

"We hope these arrests send a strong message to racers and those attending these rallies — we are committed to working together to keep our streets safe," said York Regional Police Deputy Chief Cecile Hammond, who noted that a separate sting called Project Dragnet in York had recently resulted in 10 criminal charges and close to 300 provincial offences.

While the arrests of these six individuals are clearly having an impact on the local street racing community (there's already an Instagram campaign called #SaveTOTakeovers), police say there's more to be done when it comes to addressing the GTA's stunt driving problem.

"Those who choose to show a blatant disregard for community safety by engaging in these types of illegal activities, need to be reminded there are legal consequences for their actions," said Peel Regional Police Chief Nishan Duraiappah of the bust.

"Today we have successfully put a dent into the organizational structure of these events, and are united in the goal to keep our roads safe. The community has had enough. We have all had enough."