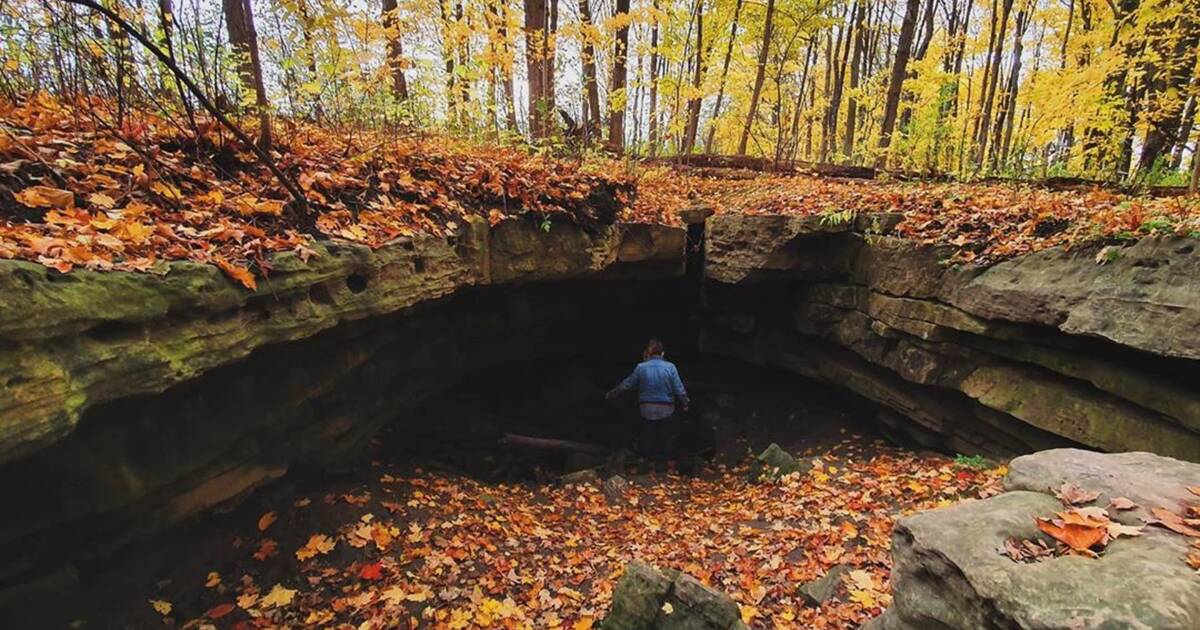 Eramosa Karst Conservation Area is yet another one of Hamilton’s unique natural gems, boasting all sorts of underground caves and crevices along its hiking trails.

Situated near Albion Falls and Devil’s Punchbowl, the spot is less than an hour from Toronto. The close proximity makes it perfect for your next day trip.

Part of what makes Eramosa Karst so cool is the large number of unique karsts in the area. Karsts are geological formations including caves and passages caused by dissolving rock that is found most commonly in limestone formations such as the Niagara Escarpment.

You’ll find 16 different varieties of karsts in this spot, more than any other single area in the province. This includes the 335-metre-long Nexus Cave, which is actually the tenth longest in all of Ontario.

There’s also a natural dolomitic limestone bridge at the entrance of one of the sinkholes.

You definitely won’t be at a loss of cool things to explore along the seven kilometres of forest and meadow trails that link the park. And the best part is that they'll all be brightly coloured now that leaves have finally started changing.

The Karst Features Trail is the most popular loop in the conservation area and travels through forest woodlands and open meadows.

You’ll pass the Nexus Cave window and entrance, as well as the Potruff Cave along the 2.5-kilometre trail.

If you're looking for a longer adventure, you can take the East Mountain Trail loop for some waterfall views. The hike leads past several cascades including Albion Falls.

Make sure to be respectful during your visit. Adhere to social distancing measures by visiting with a small group and pick up your trash to leave the area just as beautiful as you found it.

by Olivia Little via blogTO
Posted by Arun Augustin at 6:48 AM