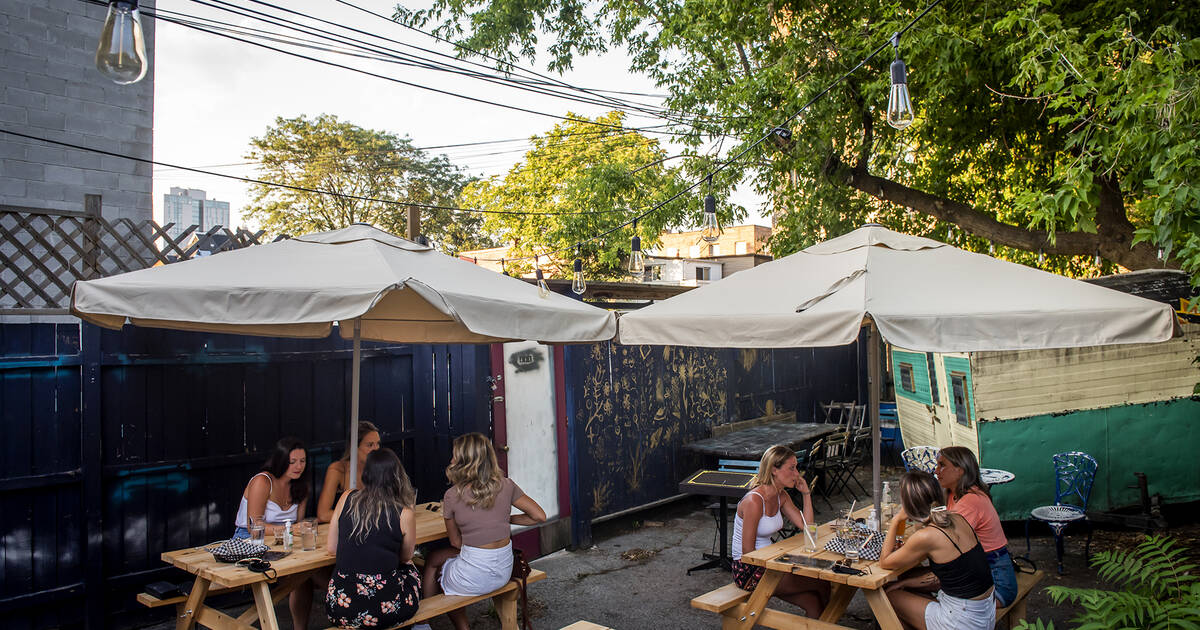 Among a whole bunch of new restrictions introduced by the Ontario government Friday in an effort to crack down on the spread of COVID-19, the social circle idea — initially introduced to residents back in June — is now being nixed.

Given spiking case numbers, primarily in the hot spots of Toronto, Peel and Ottawa, Premier Doug Ford has shuttered strip clubs, implemented a hard 11 p.m last call and midnight close for bars and restaurants, and decreased the caps for social gatherings in recent days.

Also, any further reopening of the province is on pause for at least another 28, and social circles are no more.

Instead of a 1o-person group of family or friends with which they can have close contact, residents are now being advised to limit their bubble to only those living in their household — something that some on social media find a bit confounding, given the number of people permitted to be in close proximity in settings like schools and at eateries.

If hanging out with anyone who you do not live with, you should now be sure to maintain at least two metres of physical distance and/or wear a face covering.

And for those of us who live alone, the province says we "may consider having close contact with another household."

Only in #Ontario do you ask people to keep their social circle to their households plus one or two people minus in schools where its +20 other children and their contacts... #makeitmakesense #Covid19

The move comes not long before the Thanksgiving long weekend and echoes suggestions that Toronto's Medical Officer of Health Eileen de Villa and Ontario's Chief Medical Officer Dr. David Williams have made in the last few days, with the former saying the bubbles are "no longer sensible" where we are in the pandemic situation.

"You get COVID-19 from people, not from places. We have to acknowledge that the extent of the infection spread and the nature of city life means that the concept of the bubble, or the social circle, no longer reflects the circumstances in which we live," de Villa told Torontonians on Monday.

De Villa also on Friday made a slew of stringent recommendations for her city specifically, asking the province to ban indoor dining in Toronto for four weeks. She also asked that people only leave their houses for essential trips.

Ontario gov't: "Keep two metres between you and anyone not in your household."

Also Ontario gov't: "Bars and restos must limit capacity to 100, no more than six per table, and no more than 50 people in the gym at once."

What the actual Ford?

There have been a number of COVID-19 cases reported at bars, restaurants, gyms, retail stores, private parties and schools in Ontario lately, and new cases continue to be predominantly in young people in their 20s and 30s.

Daily new case counts have been hitting record highs, but thankfully testing numbers are likewise strong, and the proportion of those tested who actually end up having the communicable disease remains negligible, and significantly lower than we saw in the first wave.

As we progress further into the second wave, we'll have to wait and see whether and how lockdown measures will gets stricter in certain regions of the province.