Opening of the Eglinton Crosstown LRT delayed yet again 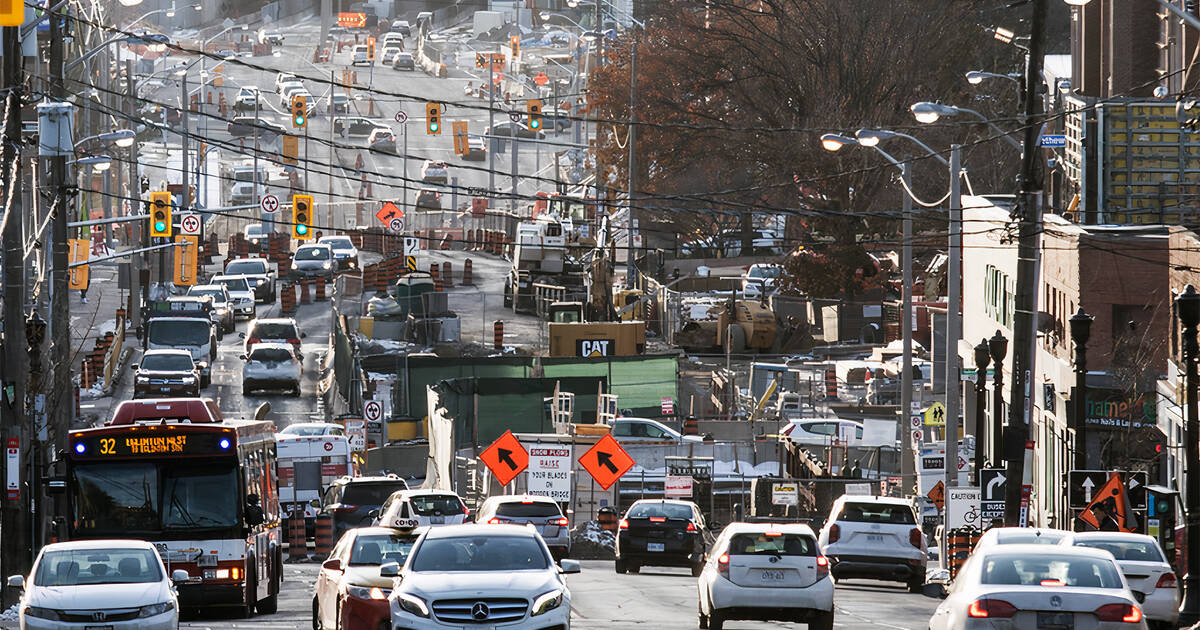 There's a reason the construction of the Eglinton Crosstown LRT in Toronto feels like it's taking forever — because it kind of is.

Work on the new 25-stop, 19 km-long transit line has been a pain point for residents since it began nearly a decade ago in 2011, and has severely impacted pedestrian and car traffic, local businesses, and people's nerves in general.

It has even been the subject of popular memes, and is the reason the east-west thoroughfare was named the worst road in Ontario last year.

And now, the timeline for its completion has been extended once more.

I wonder if I'll live to see the end of the construction on Eglinton..hmm

Earlier this year, transportation agency Metrolinx revealed that the opening date for the much-anticipated $5.3 billion project was being delayed nearly a year from Sept. 2021 to sometime "well into 2022."

The hold up was blamed in part on Crosslinx Transit Solutions, the consortium actually building the line, which was apparently "slow to finalize the designs with some design work packages."

It is reports from Crosslinx Transit Solutions that show parts of the line will be delayed yet again, including and most notably the centrepiece, Eglinton Station, which will serve as the line's key connection to Line 1 Yonge-University subway.

Though most of the line is slated to be ready to accept commuters by the end of February 2022, the work on Eglinton Station isn't expected to be done until that September, The Star confirms. Work at Mount Pleasant, Forest Hill, Cedarvale and Kennedy will also extend later than initially planned.

Time to force everyone involved in this mess to compensate all businesses they have destroyed and pay back all money they made working on this failed project.

The info comes via an investment outlook for Crosslinx Transit Solutions from investors service Moody's, which attributes delays (based on Crosslinx documents) to "station specific events such as deficiencies found in the existing infrastructure, or unexpected geotechnical conditions" and "project wide events such as general delays in permits and, to a lesser degree, the negative overall impact from the coronavirus pandemic."

Moody's also cites a "weakness in the quality" of the relationship between Crosslinx, Metrolinx and the Province, which it says "if it persists, will make more challenging issues more difficult to address as they arise."

If work extends more than 18 months past the original finishing date of September 2021, there is a chance the deal between the three stakeholders could even be completely terminated, which would lead to a whole mess more drama than they already seem to involved in.

New plans to bury portions of the line to the tune of an additional $1.8 billion are also complicating things, to say the least.

Would councillor @MichaelFordTO & others have the guts to visit TO homes and ask residents if they want to pay ADDITIONAL $600 per man, woman, & child to have the same Eglinton W LRT buried rather than above ground? BTW above is shorter distance to catch + view sun, trees, people https://t.co/b2RqjhOLM0

Though the finished line will no doubt be of huge benefit to the city, the roadblocks and drawn-out construction process have been more than a nuisance.

At least Torontonians have gotten quite used to the ongoing mess that is Eglinton Avenue by now — so what's a few more months of it?