The grisly history of St. Patrick subway station in Toronto 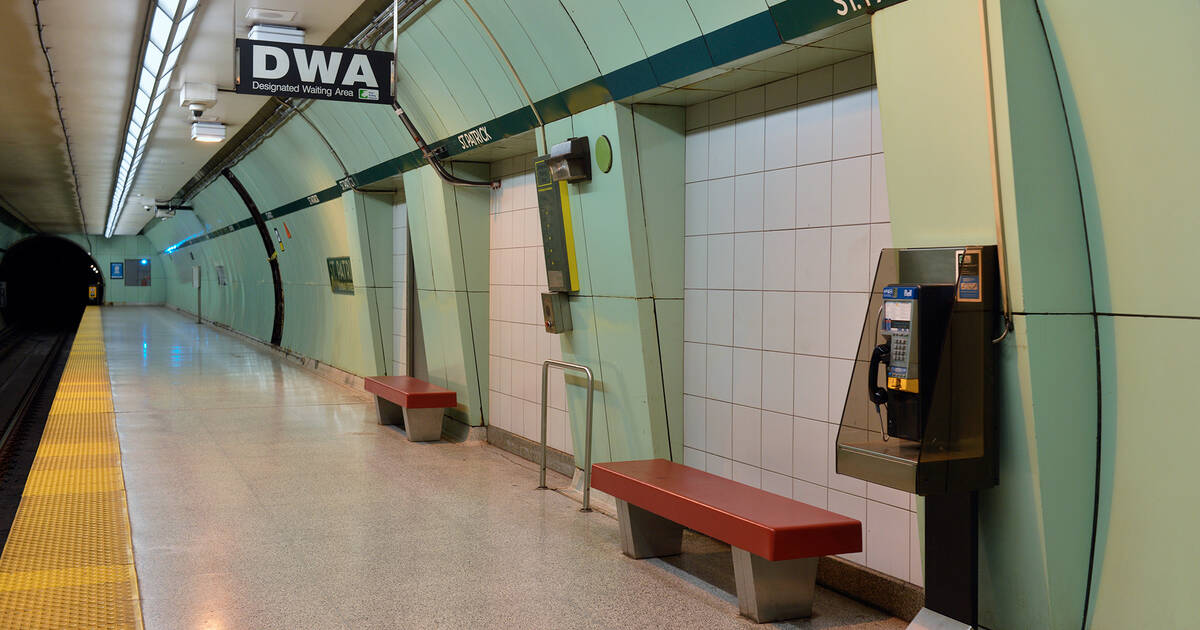 When passing through St. Patrick Station, astute observers might notice something odd about the platform design.

Set against the light green panels that cover the tunnel-shaped station, there's a section of white tiles that looks entirely out of place amidst the otherwise rounded walls.

Rather than an architectural oversight, this part of the station hints at one of the most grisly and tragic events to occur on the TTC.

On November 7, 1975 at around 8 p.m., 16-year-old Mariam Peters was stabbed 16 times inside the station, eventually succumbing to her wounds four days later. Her murder has never been solved.

It's hard to imagine today, but at the time the University Line was regularly a ghost town. Because ridership was so low on evenings and weekends, platforms were often empty or populated by just a few people. 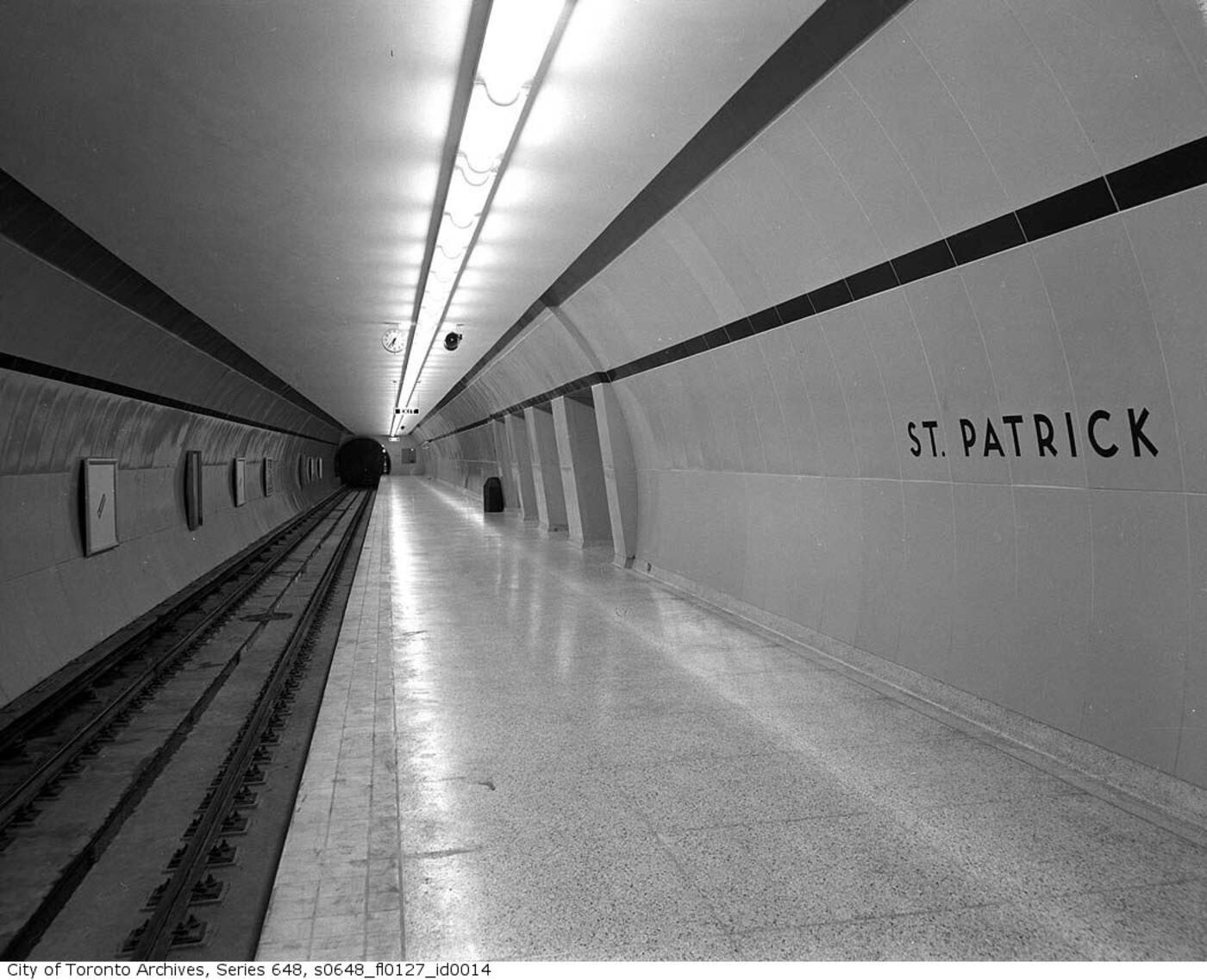 Given that there were no security cameras at the time, this meant that there were spots on certain platforms that were completely blind. Some of the passageways between the north and south platforms were particularly problematic.

Police found Peters on an escalator, though it's likely she was initially attacked in one of the spaces between the platforms. There were three in St. Patrick at the time.

The main cross passages, in both St. Patrick and Queen's Park stations, are home to the stairs and elevators and so they see the most traffic. They're also the closest to the fare collector, and thus less likely to attract criminal activity.

The third passage, on the other hand, was used only for moving between the south and northbound sides and was generally deserted. In the days before the TTC installed security cameras, this created a potentially dangerous situation. 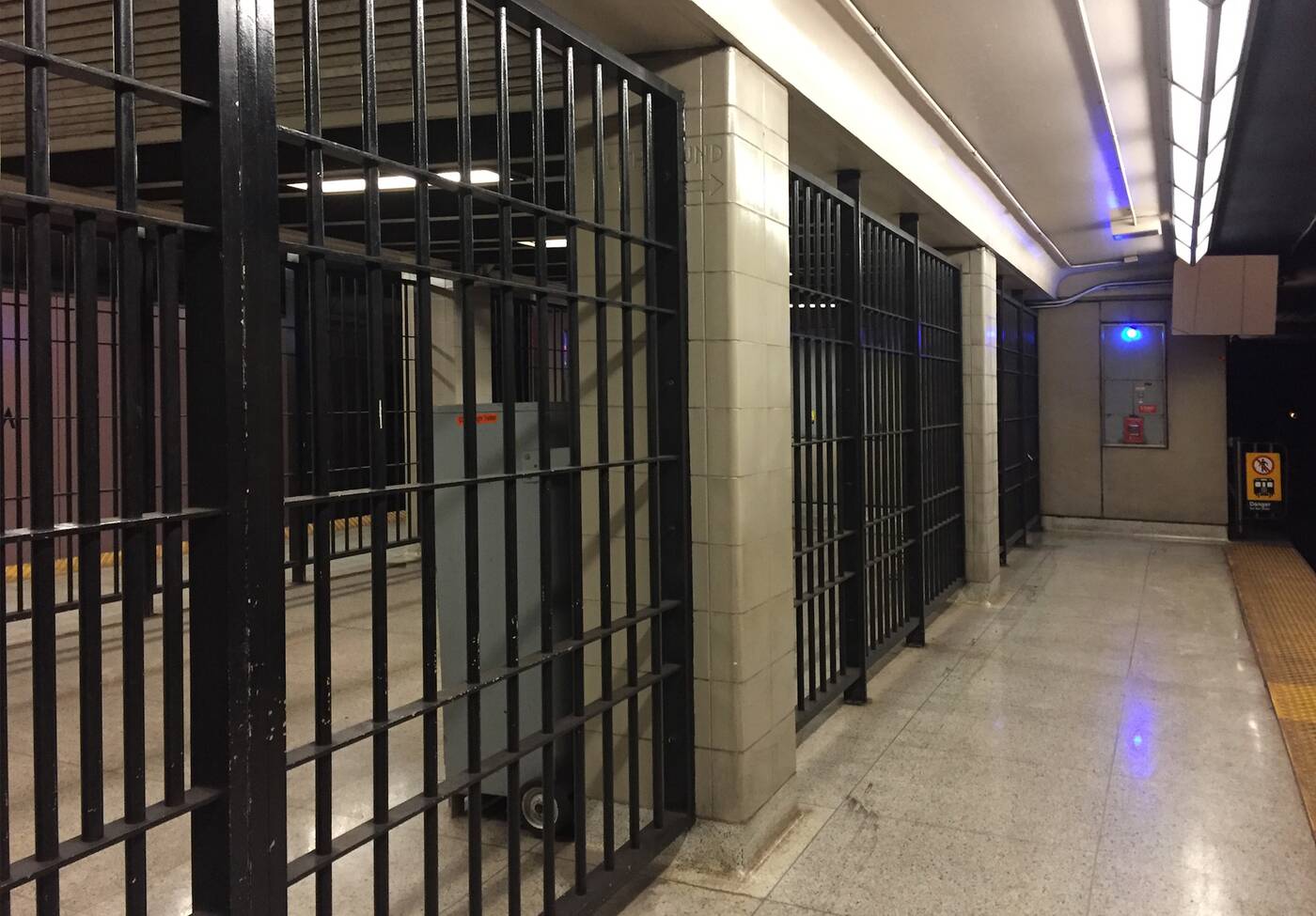 Following Mariam Peters' death, the TTC decided to seal these sections as part of a series of safety initiatives. This is why you see the white panels in the otherwise green station. This is also how the jail-like area at the southern end of Museum Station came to be.

In the years that followed Peters' murder, the TTC heightened security throughout the subway. Now there are thousands of cameras spread across TTC platforms, not to mention Designated Waiting Areas, and the yellow passenger alarm strip.

The subway became safer because it had to after the events of November 1975. With no eyes or cameras on the platform, Peters' killer was able to escape, and police were never able to put together enough evidence to solve the case.

Some of the safety features we take for granted today were born of the tragic events that happened over 40 years ago.