The history of the Roncesvalles neighbourhood in Toronto 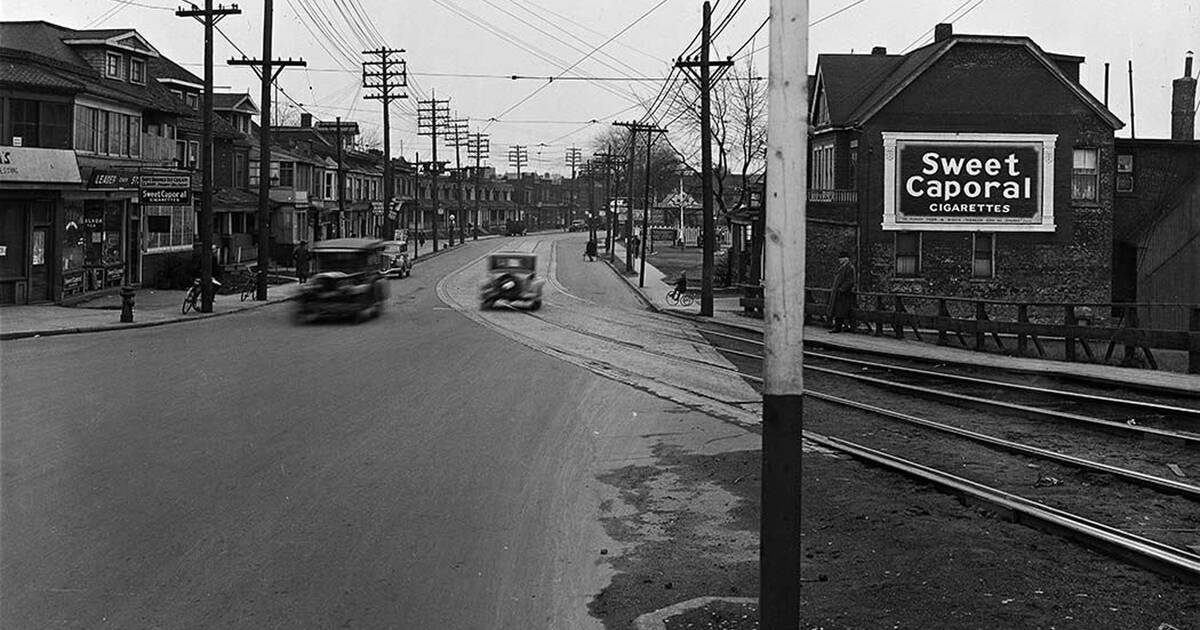 Roncesvalles, Ronces, Roncey, Toddler-Town, Little Poland, regardless of what you call it, this Toronto neighbourhood brings that small town feeling to the big city.

While it’s now known for its residential streets, cafes and the 504 streetcar, Roncesvalles has a very different history. Roncesvalles Avenue follows an ancient network of Native trade routes, which the Sunnyside Historical Society believes have been in use for 11,000 years.

These routes were sprawled across Toronto and have evolved through the years, but you have almost certainly walked one unknowingly.

If you visited Roncesvalles in the mid-1800s you would be walking through John Howard’s Sunnyside Farm.

As a wealthy Toronto surveyor and architect, Howard owned most of the area until donating it to the City of Toronto in 1873. He set up the popular Indian Road along an Indigenous trade route to sell his lots of land. 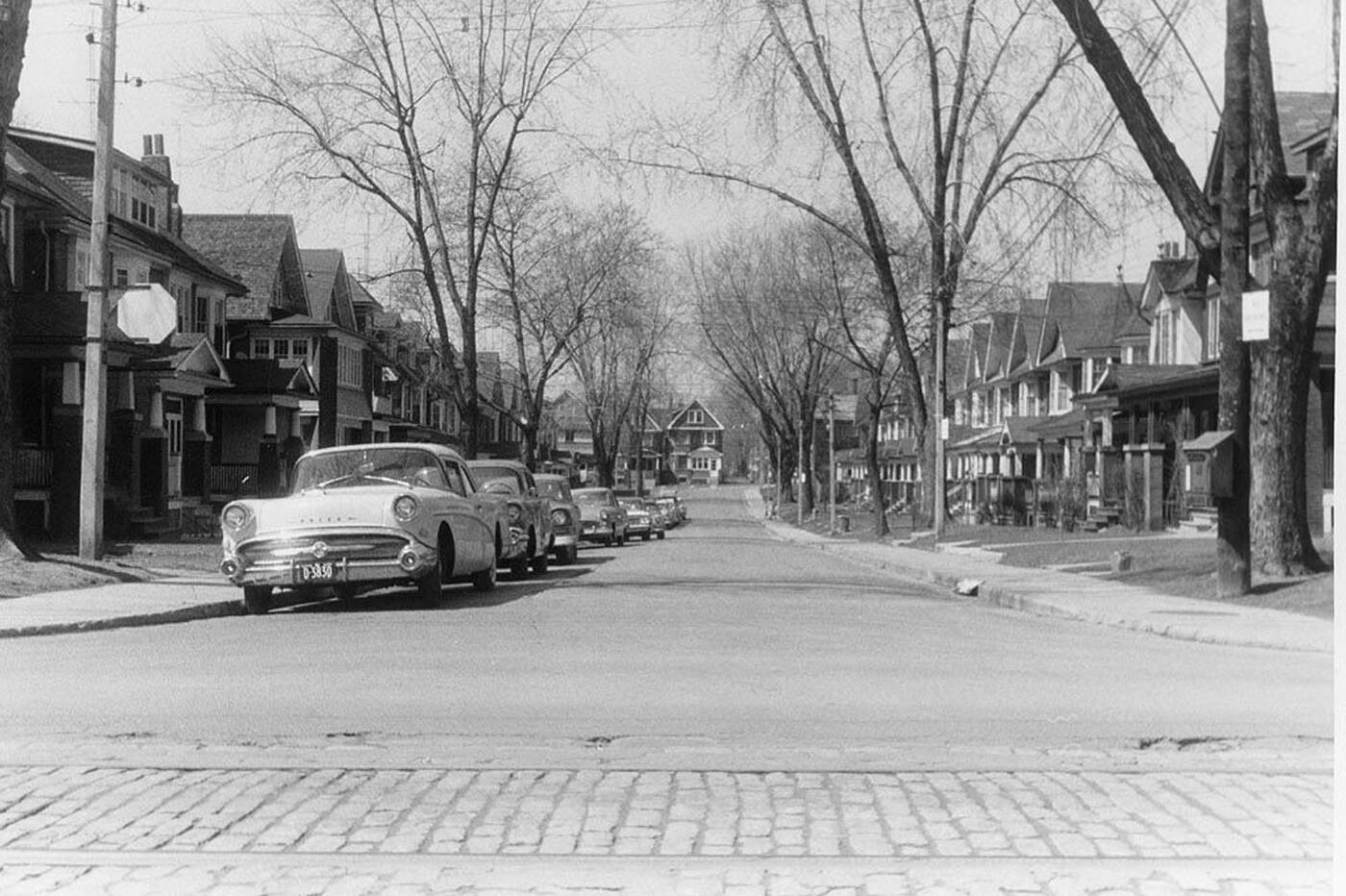 The east side of the neighborhood exists all thanks to Colonel Walter O’Hara, an Irish-born former soldier and prosperous landowner. He lived in a huge estate that he called West Lodge, named after his family estate back in Ireland.

Roncesvalles Avenue, named after the Battle of Roncesvalles, was set up to sell lots as well. Uncoincidentally it was also built to follow another major trade route which began at the lake, running north to Dundas Street. 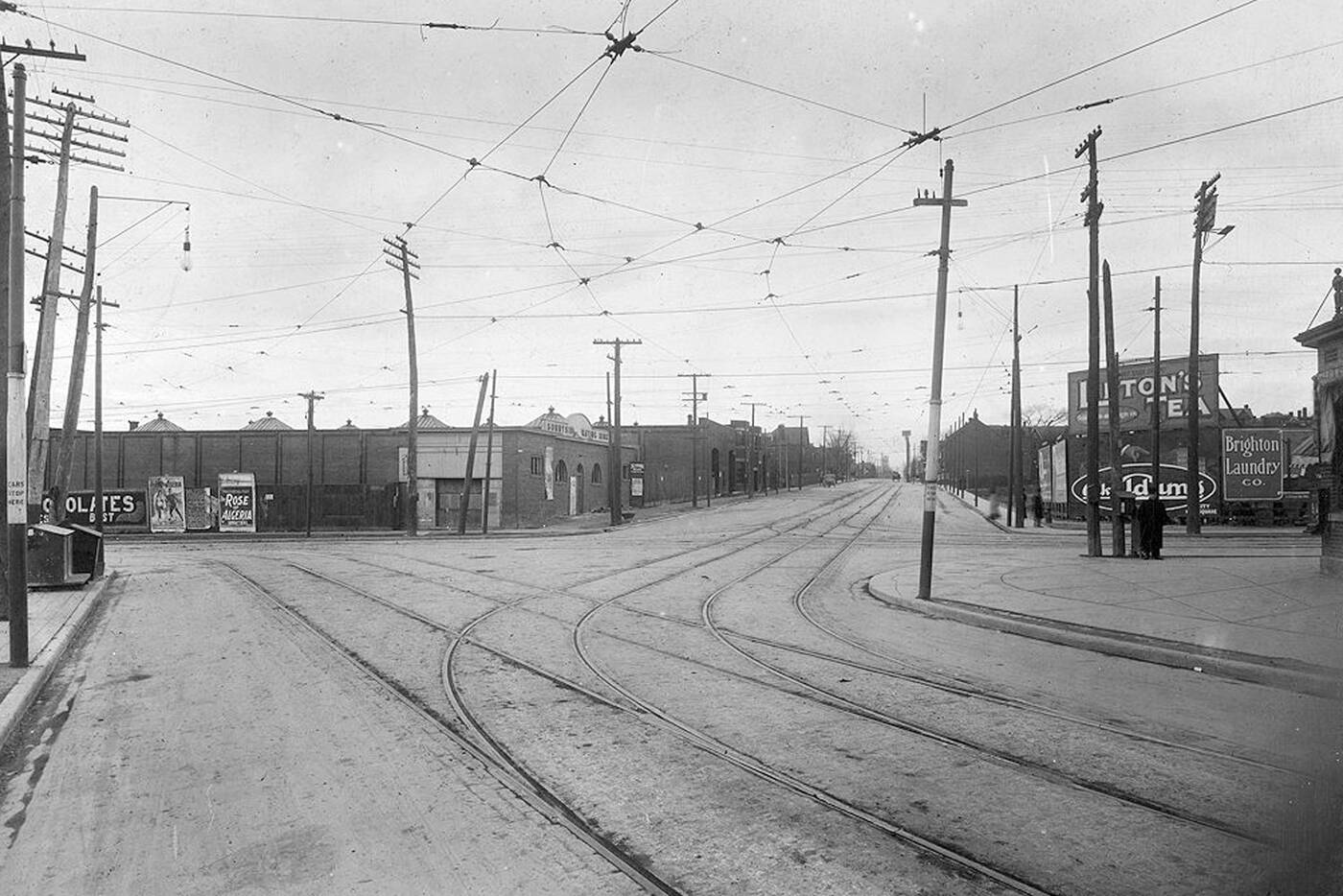 Roncesvalles Avenue wasn’t always the neighbourhood’s main street. Today it’s where the downtown goers run for the streetcar trying not to spill their coffee, but back in the day that was Sorauren Avenue’s job. This is why Sorauren is such a wide street, it was built as a commercial hub. 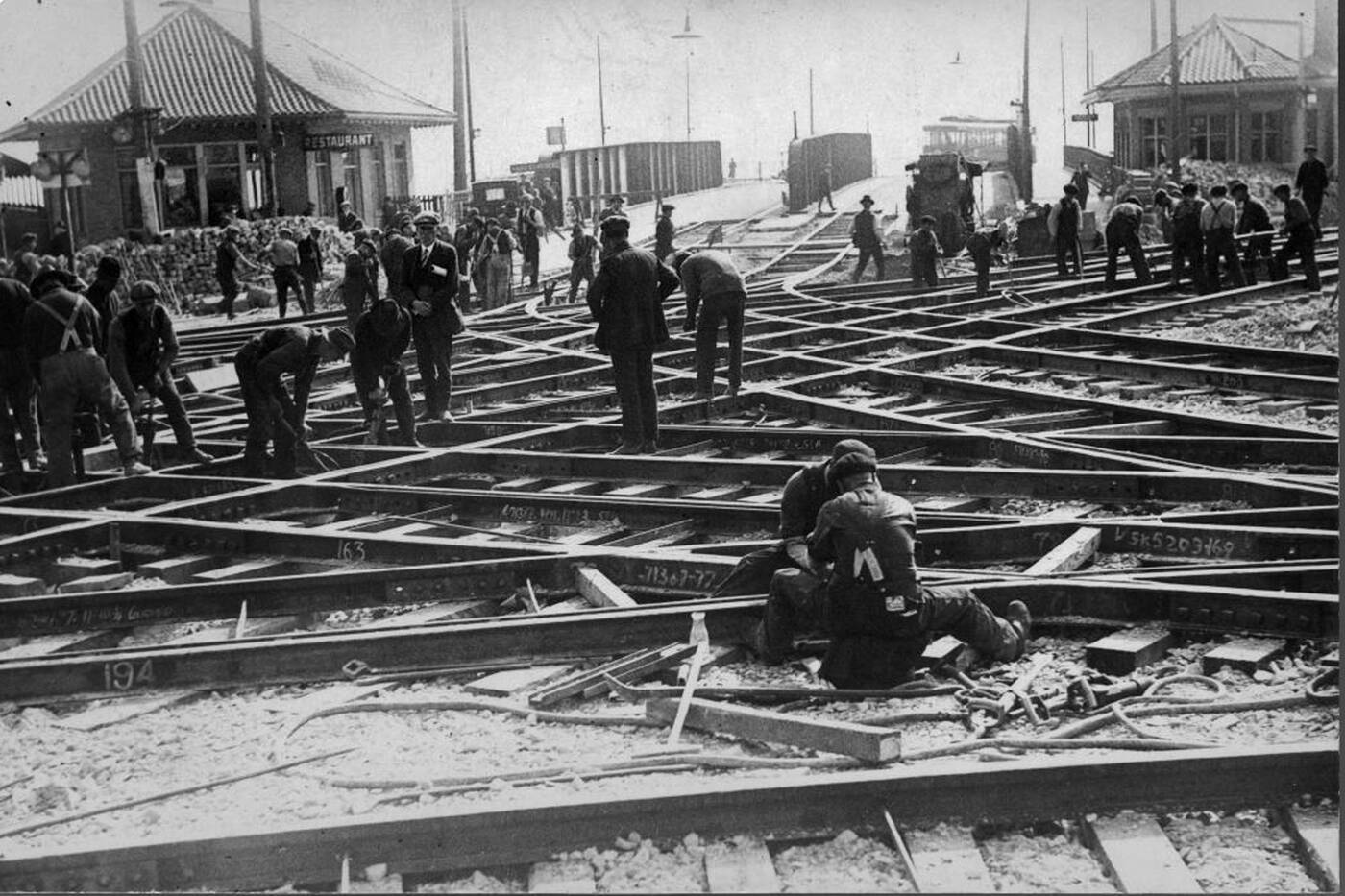 Men lay streetcar tracks at intersection of Roncesvalles Avenue and Queen Street and King Street in 1910.

It was only in the early 1900s that Roncesvalles Avenue began seriously developing. A boom of residential homes, attractions and the addition of a streetcar system all played in the creation of the infamous neighborhood everyone loves today.

The Sunnyside Beach and Amusement Park built in 1922 drew much attention and prompted more commercial development in the area. 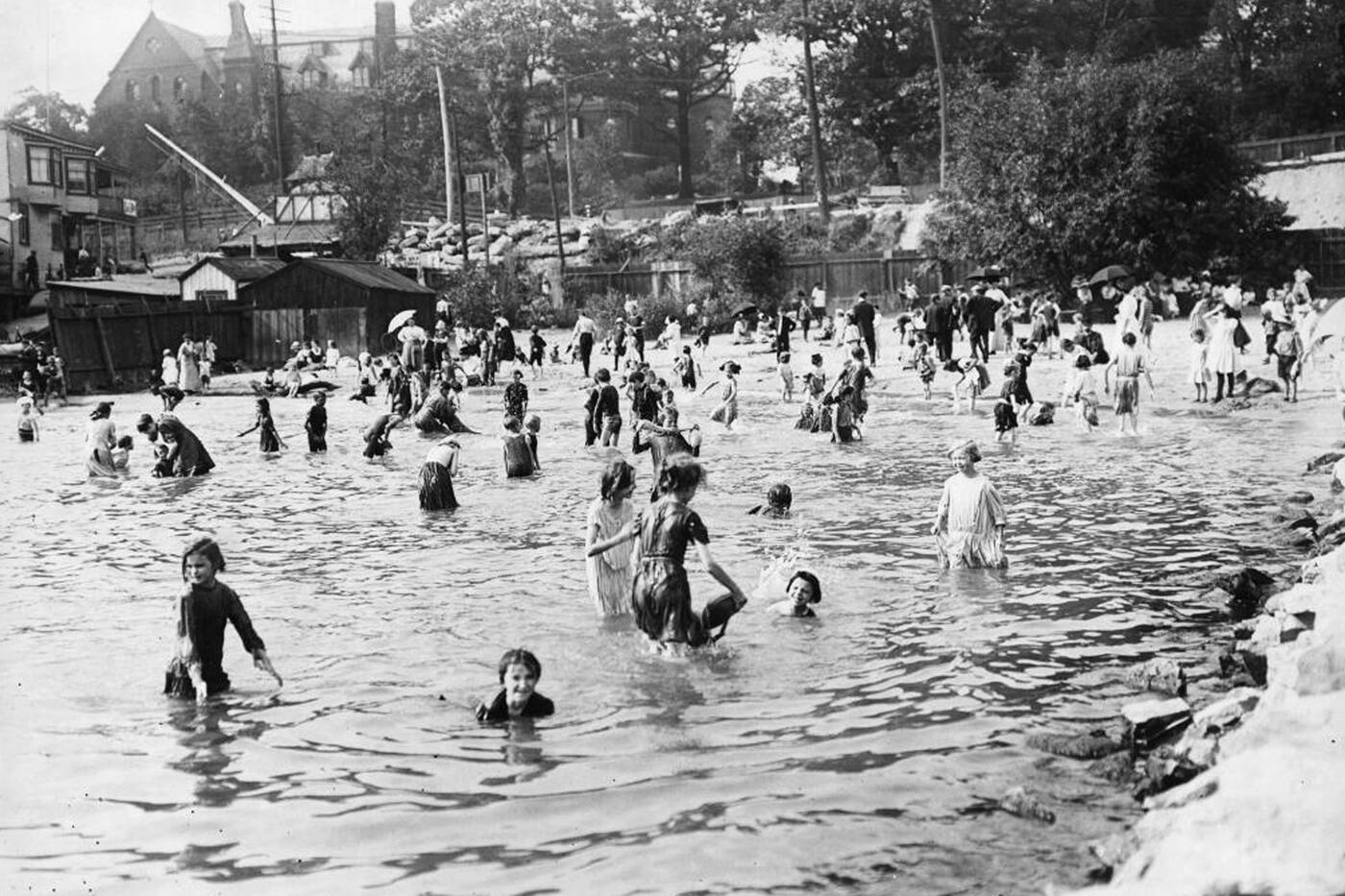 Bathers swim at Sunnyside Beach in 1911.

Another huge development for the neighborhood was the addition of St. Joseph’s Health Centre in 1921. Now we see it as the big building standing over the Gardiner.

The site originally served as Sunnyside Lodge, one of John Howard’s homes, before it was turned into an orphanage. At the time St. Joseph’s Health Centre satisfied the need for better health care in the west end and played an instrumental role in advancing the neighborhood. 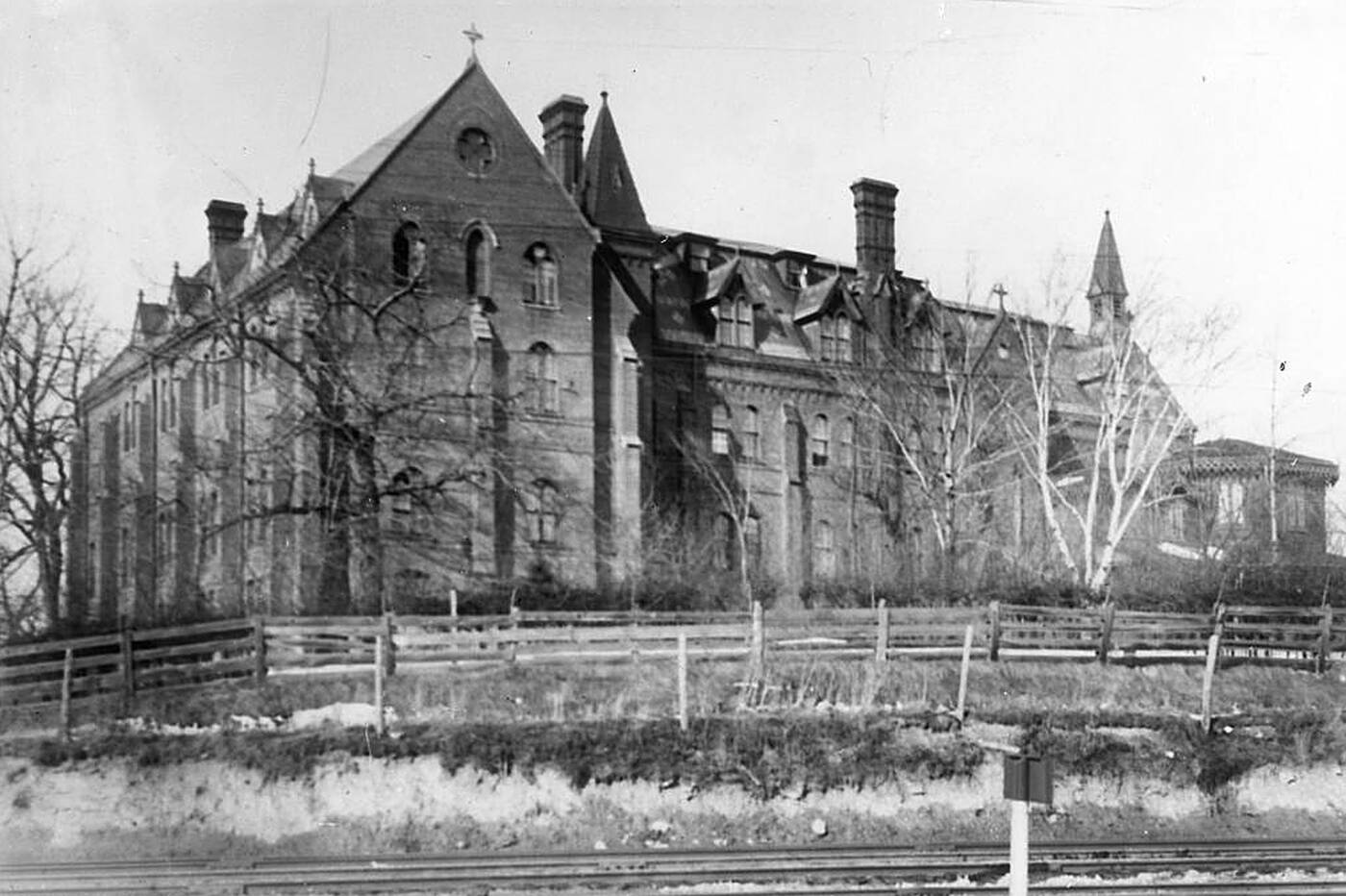 The addition of the Gardiner Expressway in 1955 meant that the Beach and Amusement Park had to be removed. This was not a largely popular decision as it was seen to devalue the area and led the affluent families to move further west.

In the following years, we began to see a large number of Polish immigrants inhabit Roncesvalles as it remained a middle-class neighborhood but still affordable.

They played an instrumental role in its expansion, building banks, churches and local establishments, many of which still stand today. 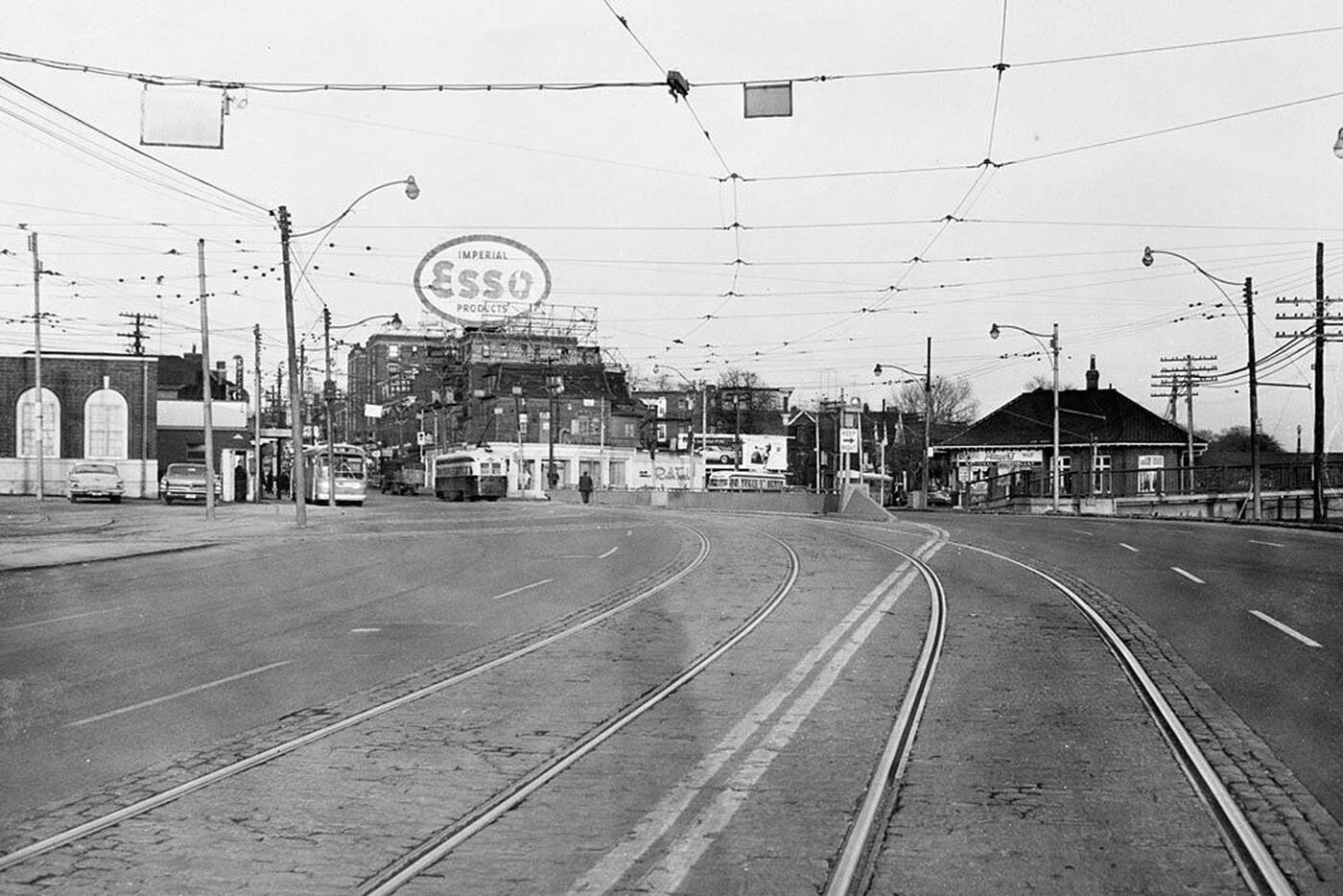 Queen West and Roncesvalles seen in 1967.

The addition of St. Casimir’s Catholic Parish was greatly appealing to the Polish immigrants looking to settle in Toronto, and was another big reason they were attracted to Ronces.

In the following decades, Roncey saw growth and prosperity for its Polish community. It became known for its plethora of small, locally owned Polish businesses, many of which have been there for decades.

This is why the Roncesvalles Polish Festival was set up. It boasts over 300,000 people annually and is North America’s largest celebration of Polish culture and contributions. 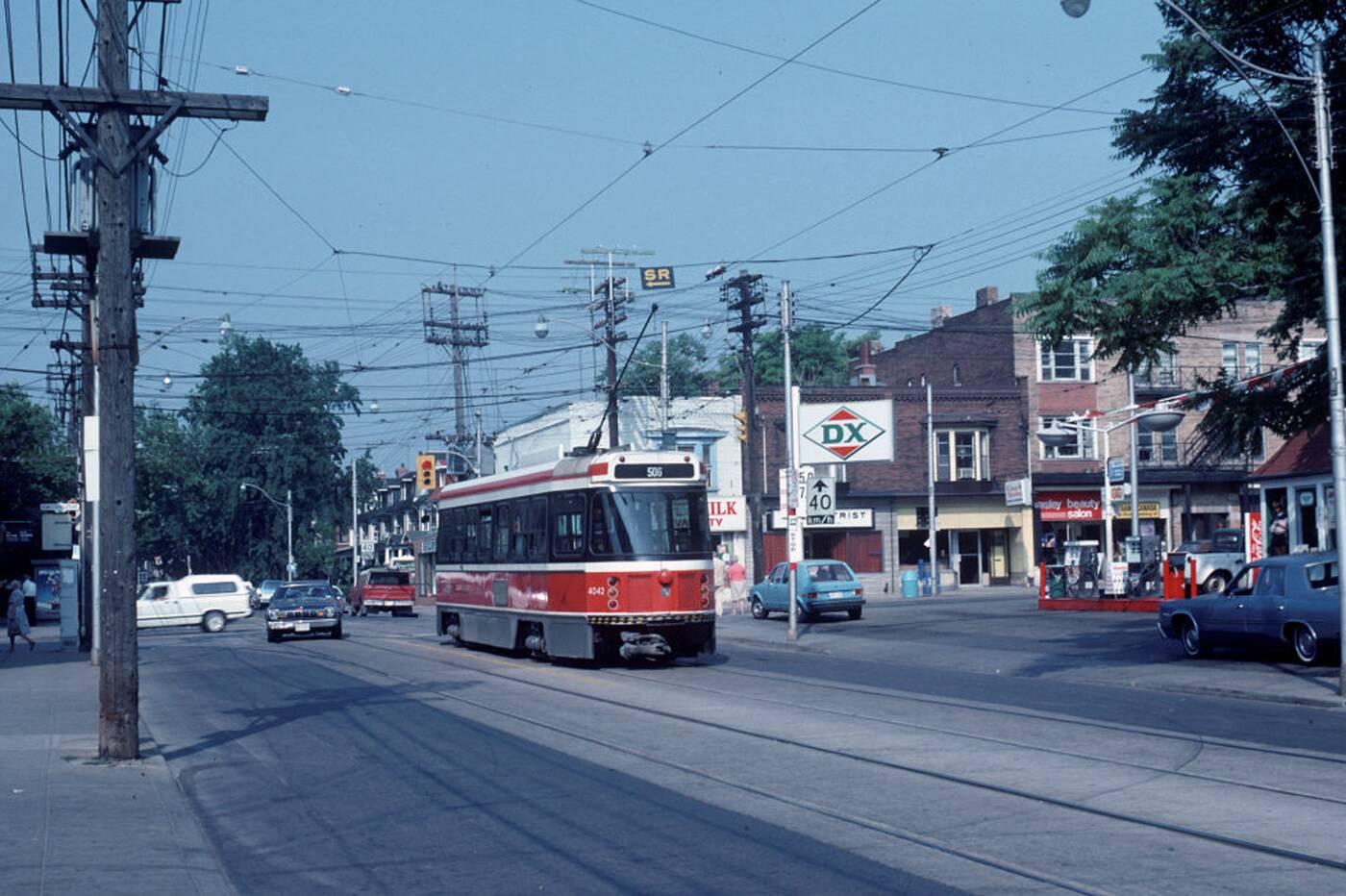 However, as the neighborhood grew, many small businesses like Starpolska Bakery and Granowska’s Bakery have been shut down, replaced with newer, more hip stores.

This is often the case with older neighborhoods, as the value of the area rises, so do rent prices which can push many local institutions out.

While Roncesvalles is still recognized for its heritage and history, there is no lack of innovation in the neighborhood. It went through a major change in 2009 when Roncesvalles Avenue began a three year reconstruction project. This included replacing sewer pipes, water mains and streetcar tracks.

There was an addition of bike lanes, ramps and sidewalk improvements. The city even replanted all of the street’s trees and greenery. While this project caused frustration for many locals, the end result was a beautiful and very accessible neighborhood.

So next time you’re enjoying your stroll down Ronces, remember all of the hard work and history that’s behind it.

by Anastasiya Romanska via blogTO
Posted by Arun Augustin at 7:48 AM