10 free things to do in Toronto this September 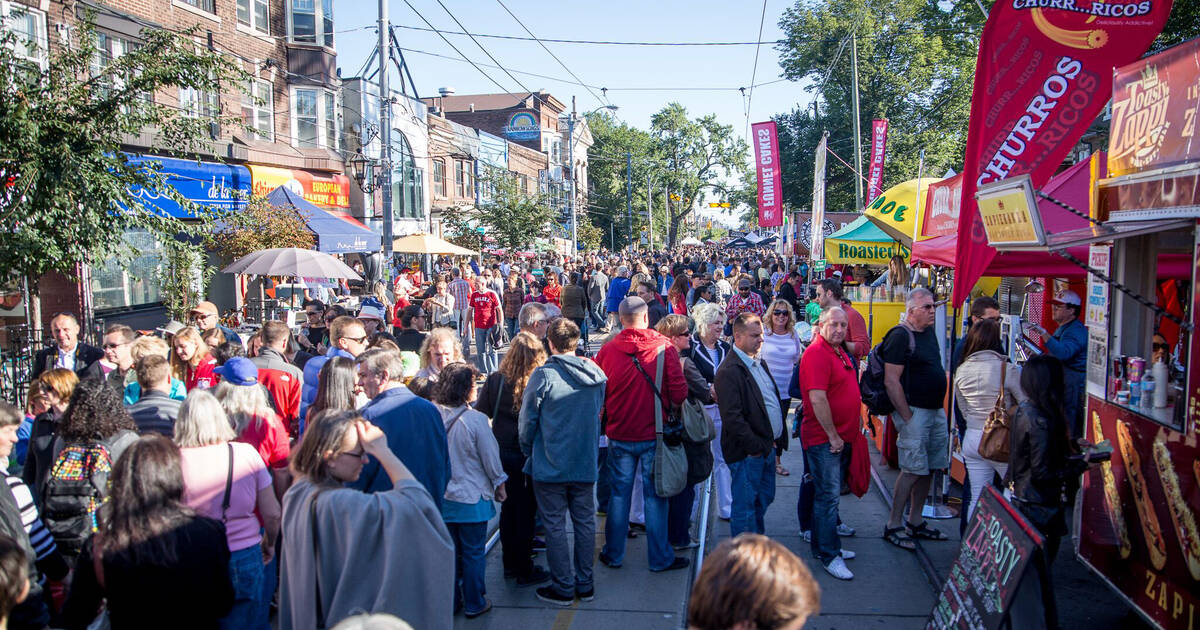 Free events in Toronto for September 2019 give you the chance to have a great time without spending a fortune. A full moon celebration and TIFF's Festival Street is back. The Roncesvalles Polish Festival is on, and there's and a new ten-week art festival.

TIFF Festival Street (September 5-8 @ King Street West)
The TIFF festivities are on and this big street festival is once again spanning part of King Street West for four days of food, movies, music and activities.
Cabbagetown Festival (September 7-8 @ Cabbagetown)
All of Cabbagetown is coming out for this huge neighbourhood festival that showcase local vendors, artists, performers, food and drink.
Museum of the Moon (September 10-15 @ The Bentway)
This year's harvest moon celebration is set to be a peculiar sight, and it's being celebrated by the arrival of Luke Jerram's Moon sculpture under the Gardiner.
Ukrainian Festival (September 13-15 @ Bloor West Village)
One of the biggest cultural celebrations of the year is back with all-things Ukrainian culture and a weekend of music, dance, food and a huge midway.
Roncesvalles Polish Festival (September 14-15 @ Roncesvalles)
Get ready to polka your heart out as Roncesvalles shuts down for a huge street festival in celebration of Polish culture with performances, food and music.
Open Streets TO (September 15 @ Multiple Venues)
Open Streets is back for a pedestrian takeover of part of Bloor and Yonge Street for a day of activities, games, workshops and performances in the street.
Word On The Street (September 17-22 @ Harbourfront Centre)
Now entering its 30th year, this huge book and magazine festival showcases the work of local writers with workshops, talks and a huge market.
Toronto Biennial of Art (September 21 - December 1 @ Multiple Venues)
New this year is a massive, ten-week art festival that only occurs every two years that includes exhibitions, talks and performances all over the city.
Sterling Road Block Party (September 22 @ Sterling Road)
Sterling Road is the place to be and this big block party is back with a day of food and drink from nearby spots, plus music, art and shopping.
Pedestrian Sundays (September 29 @ Kensington Market)
The second last PS Kensington of the year means you may want to wear a sweater while playing games or grabbing a bite during this festival.