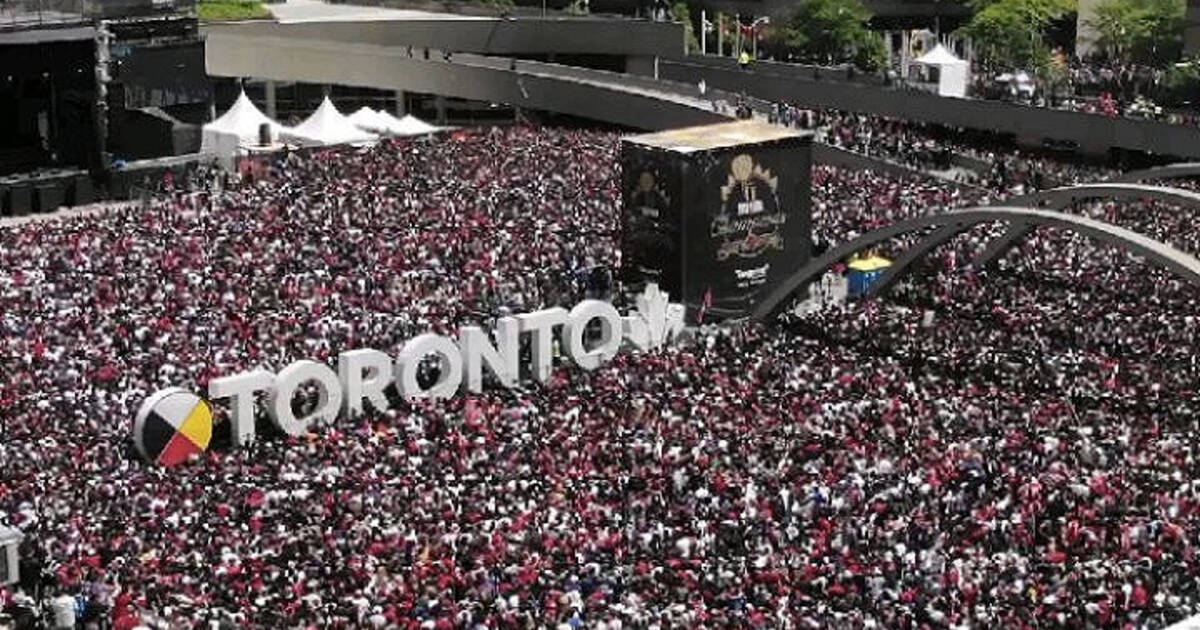 The sight of more than two million people crammed together in downtown Toronto, joyously celebrating the Raptors' first ever NBA Championship win, is something most of us will never forget.

We have Canadian videographer Toby Gu and his wild drone videos to partially thank for that.

Gu's footage of Toronto from above, shot during both the massive, post-Game 6 street party on June 13 and during #WeTheNorth day on June 17, went viral on the heels of what amounted to one of the biggest mass celebrations in Toronto's history.

Many people loved the bird's eye perspective and its ability to demonstrate just how packed Toronto truly was during the championship rally and parade.

Others were furious over the fact that Gu had used a drone to score that precious footage in direct violation of Canadian aviation regulations.

In the days after Gu published his videos, hundreds of people flocked to his Instagram comments to tag Transport Canada, the federal government department responsible for developing and enforcing such regulations.

Whether they saw those mentions or found Gu's videos on their own, regulators weren't pleased.

Great to see that 🇨🇦@Transport_gc has fined an idiot a total of $2,750 for flying a drone - multiple times - over crowds at the NBA Championship games in Toronto. #DidISayIdiot? #InsideVoice Press release: https://t.co/sMzvWi3gCS

"During celebrations after the final game of the National Basketball Association Championship on June 13, 2019, and during the Toronto Raptor's victory celebration four days later, an individual flew a drone over both outdoor events," reads a news release from Transportation Canada published on Thursday.

"The flights appeared to be in violation of several provisions of the Canadian Aviation Regulations," the release continues.

"Transport Canada opened an investigation into the incidents, and based on the evidence collected, the individual has been served fines totalling $2,750."

While some may see the fines as excessive, others are saying they're not harsh enough. "$2,750 fine! This is a joke," wrote one critic in response to Transport Canada on Twitter.

"The video captured has more monetary value than the fine. I am sure this will discourage others from putting thousands of people in harm's way at advertised events. The $250 fine should be issued for each person within 100’ of the illegal drone use."

Those who disagree with Transport Canada's decision can help Gu pay off the fines via GoFundMe. His "Raptors Drone Footage Legal Fund" has already earned $235.