Jackfruit is the new fake meat at Toronto vegan restauraunts 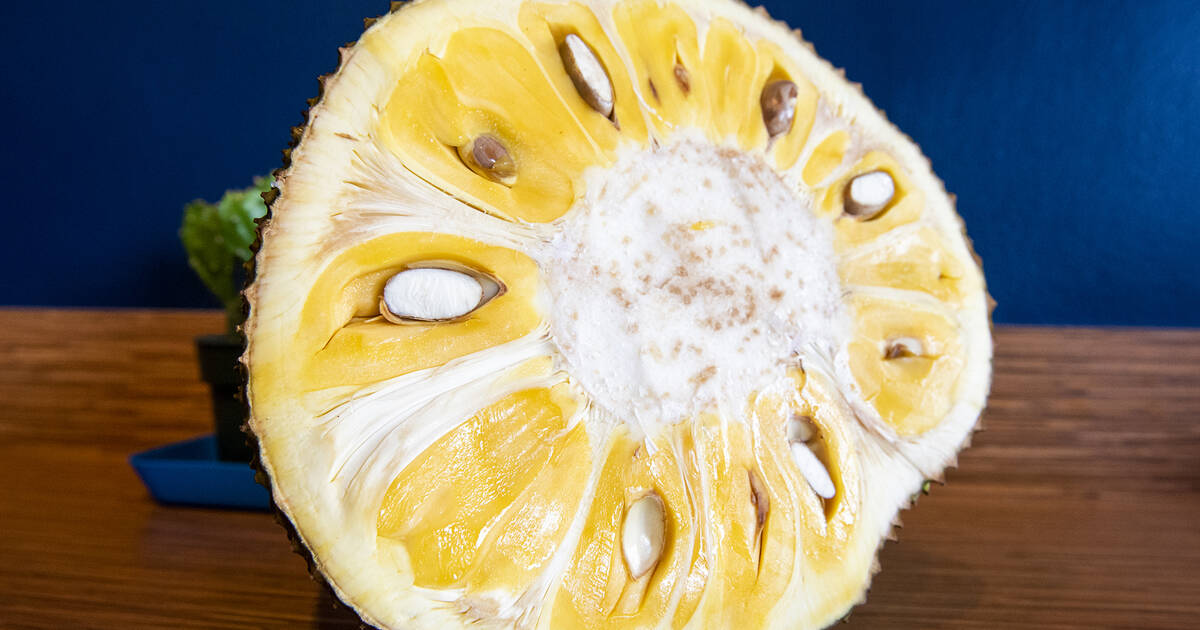 Odds are if you've been to a vegan restaurant (or really any restaurant) in Toronto lately, you've seen jackfruit on the menu.

This once "weird" relegate of the vegan food spectrum is now practically commonplace, meaning there are restaurants that serve it as their primary protein, as well as otherwise carnivorous restaurants that have it as a vegan option. 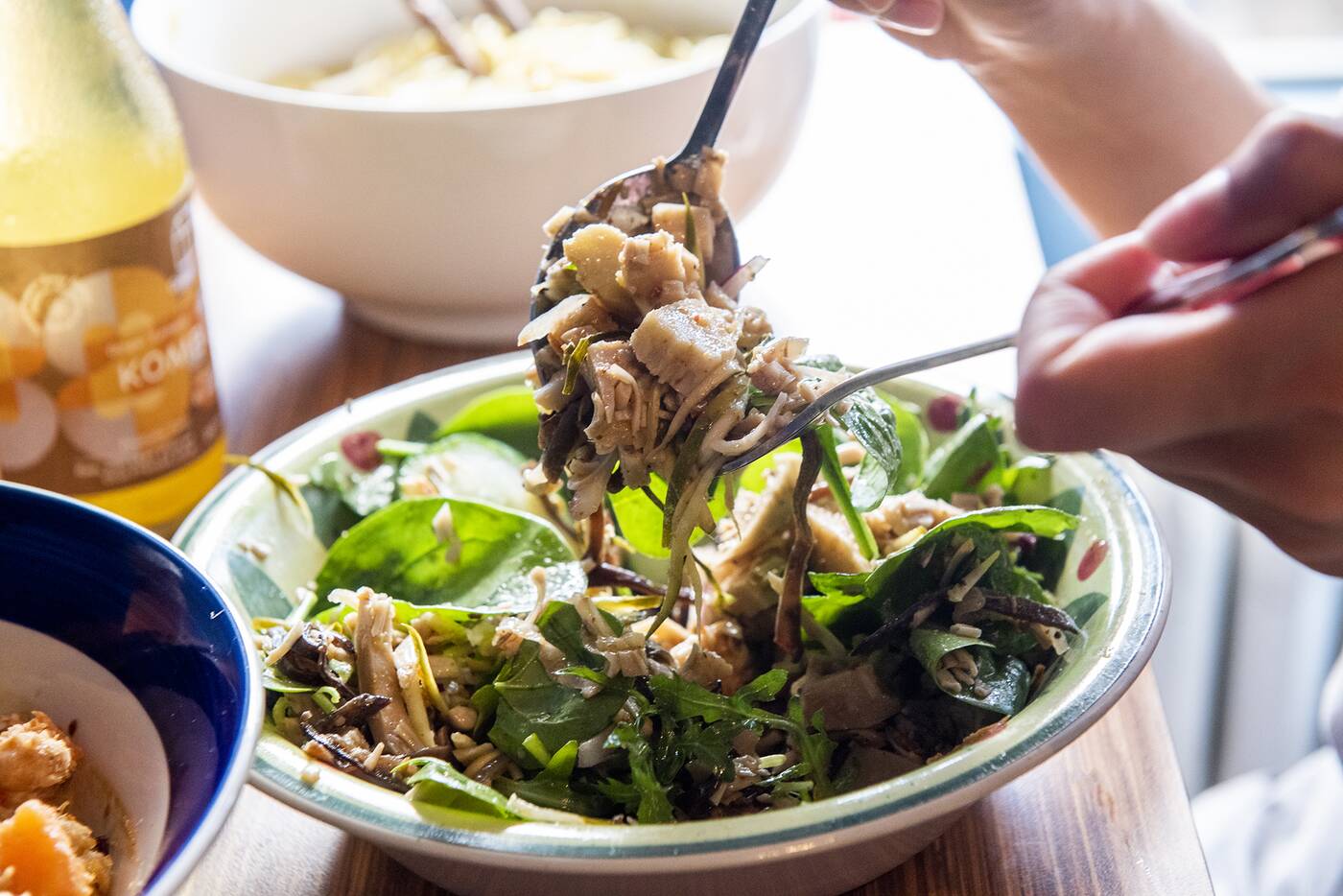 Jackfruit Larb Salad from Mugi, a dish usually made with raw meat. Photo by Hector Vasquez.

First of all, what is jackfruit?

It's a fruit from the fig family that's misty in origin, but has relatives like mulberry and breadfruit. For the amount of calories it contains, it's high in antioxidants and minerals, making it quite healthy. However, jackfruit is most prized for its textural qualities and sweet flavour, which have been compared to pulled pork.

"Jackfruit has amazing texture and it's very versatile, so it can be used in many dishes to replace the meat," says Tanya Spasic, owner of Animal Liberation Kitchen, one of Toronto's many entirely vegan restaurants. 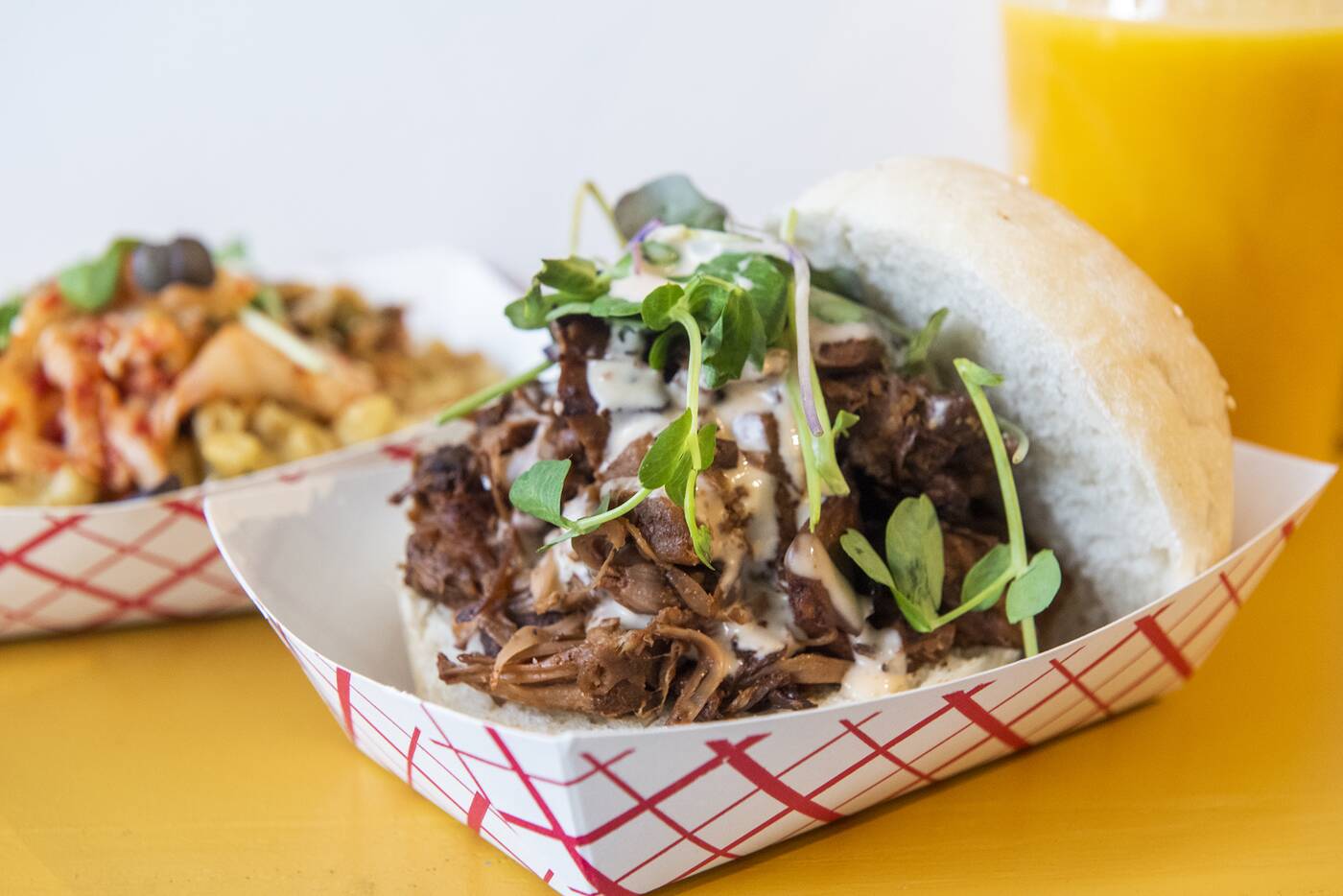 She says the "exotic appearance" of jackfruit may be part of its popularity, but it's what's inside that counts. "As a meat substitute jackfruit is superior in texture from all other faux meat products out there. Great benefits from eating fruit are an added bonus.

"We try to experiment all the the time and jackfruit never disappoints. From BBQ pulled 'pork,' tacos, gyros, curries, burritos to a new addition of Fried Jack Chikn," says Spasic. "We've worked with jackfruit the last five to six years and I was always wondering, until this year, why nobody else is doing it." 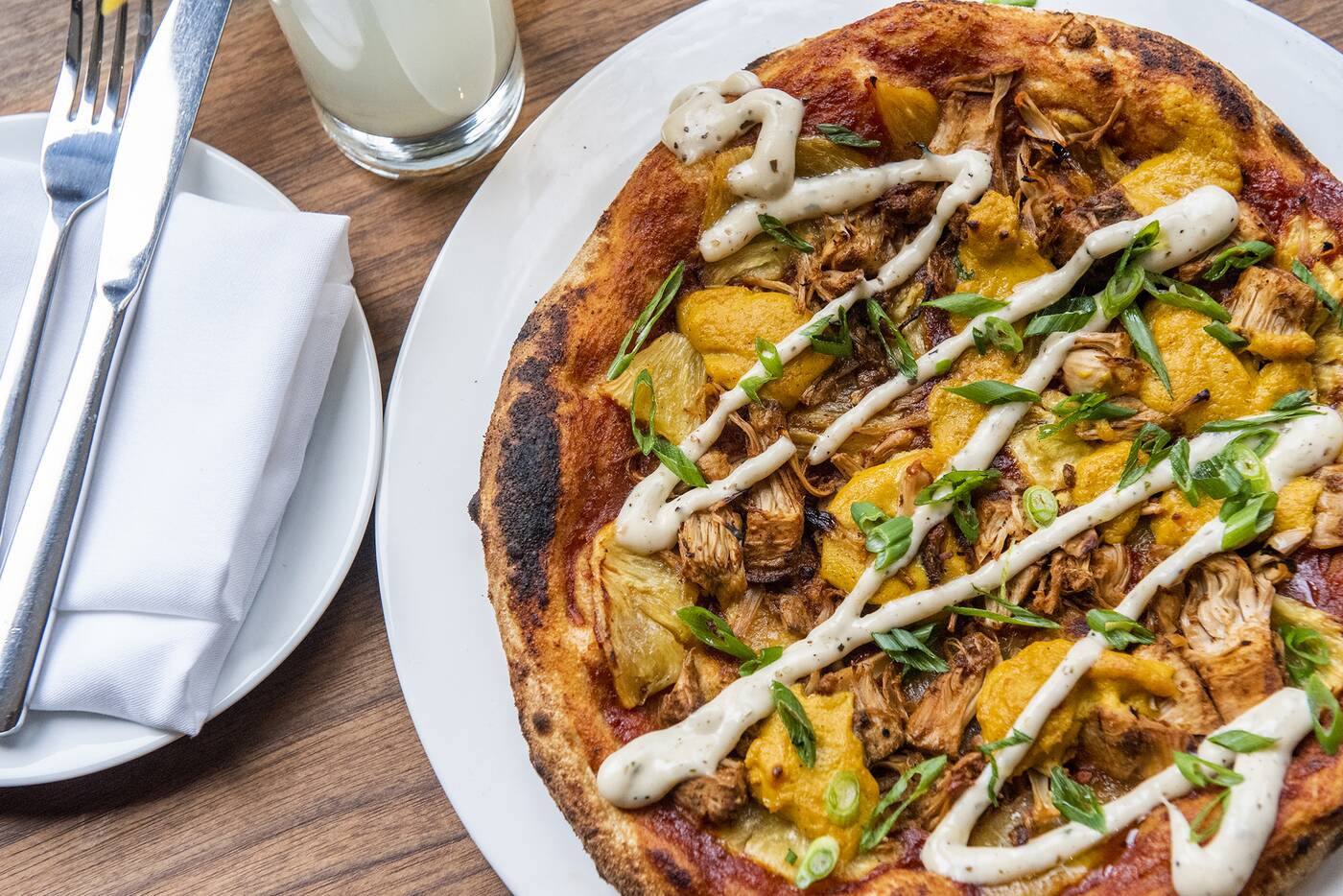 Get pizza topped with pulled BBQ jackfruit at Away Kitchen on Queen. Photo by Hector Vasquez.

Jackfruit factors in heavily on the menu at vegan Thai spot Mugi, and it's on pizza at Away Kitchen. Reputable sandwich joint Brock even has it in a sandwich on their menu alongside fried chicken, prosciutto and burgers.

"Cooking with jackfruit is so rewarding," says Spasic. "Young jackfruit doesn't have much flavour or taste, but sponges in all flavours you are marinating it in.

"Jackfruit is here to stay. You can see many non-vegan restaurants adding it to their menu."

by Amy Carlberg via blogTO
Posted by Arun Augustin at 6:33 AM