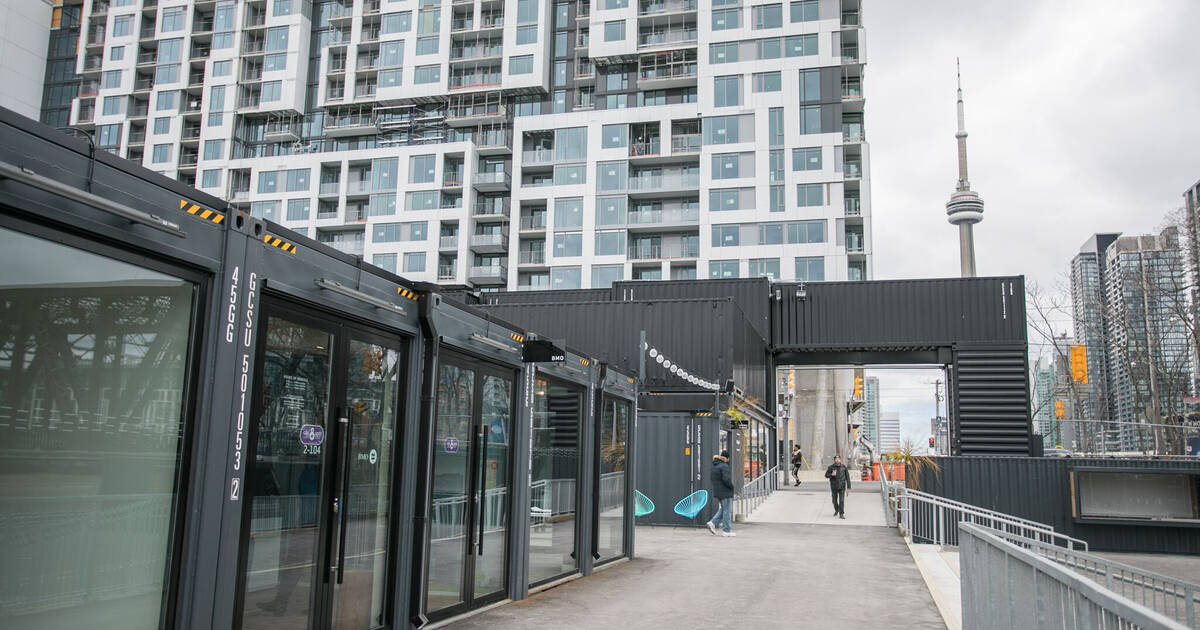 The long weekend is upon us and events in Toronto today are ready for some end-of-summer fun with a big block party at the city's newest shipping containter market and the first day of BuskerFest. You can tuck into some Caribbean food, see a movie and listen to some music, too.

Phantogram & Bob Moses (August 30 @ The Danforth Music Hall)
There's still a handful of tickets left to check the electro pop/rock sounds of Phantogram and deep house hits by Bob Moses.
Kanto Night Food Festival (August 30 @ Market 707)
After a successful first run, the second edition of this late-night Filipino food stall is back to serve up treats alongside music and drinks.
Indie Fridays (August 30 @ Yonge-Dundas Square)
The final Indie Friday has arrived with one last night to get your fill of free music with singer Aline Morales, Afro-Cuban quartet OKAN and LOLAA.
Oak + Fort Warehouse Sale (August 30 - September 1 @ 630 Queen St W)
Huge savings on stylish men's and women's clothing and accessories are on as Oak + Fort slashes prices up to 80 per cent off.
MURAL Block Party (August 30 - September 1 @ Stackt Market)
The city's newest shipping container market is throwing a big block party with artists coming out to create murals, plus music, food and talks.
Ukrainian Film Days (August 30 - September 1 @ Imagine Cinemas Carlton)
Back again is this film series dedicated to Ukrainian cinema and stories with a selection of works by Ukrainian filmmakers.
BuskerFest (August 30 - September 2 @ Woodbine Park)
This big performance festival is packed with amazing acts of all kinds while admission is by donation, with proceeds going to Epilepsy Toronto.
One Love Festival (August 30 - September 2 @ Downsview Park)
It's a weekend of good music and vibes as musicians from all over drop by for this Caribbean music festival and huge cookout.
Ca-Rib, Jerk and BBQ Fest (August 30 - September 2 @ Downsview Park)
North America's biggest Caribbean food festival is making its way to Toronto for a four-day celebration of Caribbean food, music and arts.
Artfest (August 30 - September 2 @ Distillery District)
Take a stroll through a huge art festival with hundreds of artisans setting up shop in the Distillery to feature music and workshops as well.