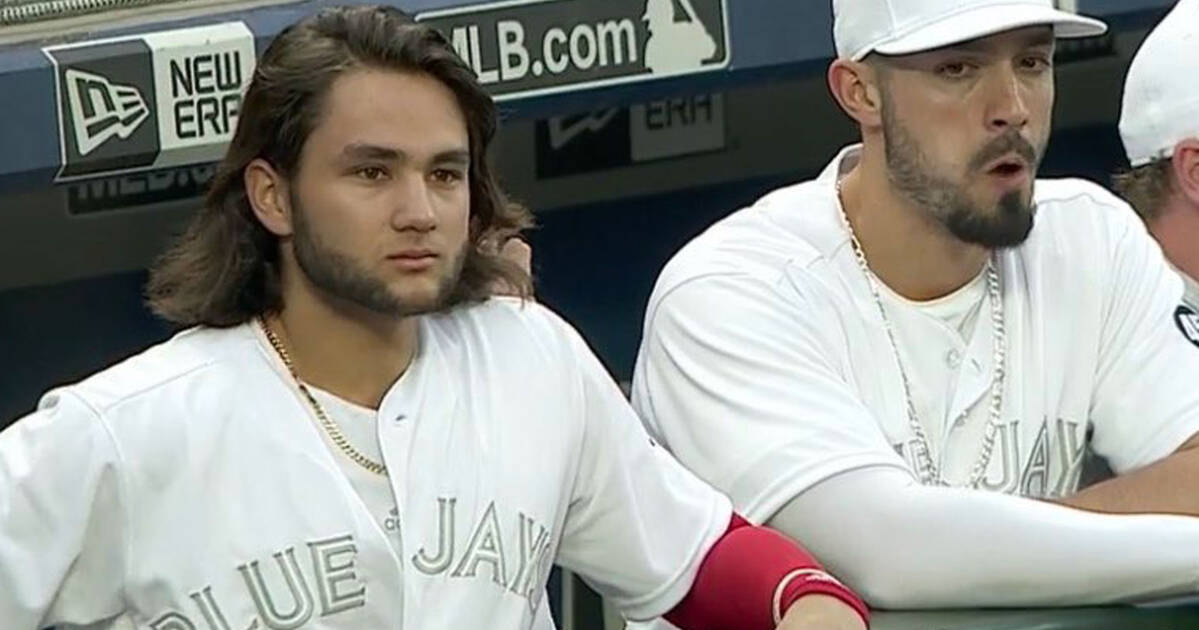 The Toronto Blue Jays were decked out in all-white uniforms this weekend, and people were not feeling the look.

Our beloved baseball team played against the Mariners in Seattle, and at the MLB's request, were dressed like an early 2000's boy band.

@Bluejays starting lineup tonight. Not sure about these white uniforms. #bluejaysinvade pic.twitter.com/I8k6Utxtis

This year's Players Weekend (an annual tradition where players are allowed to choose their jersey nicknames) had an all-black versus all-white theme.

The Mariners evidently lucked out and got to dress in all-black numbers, which was very much the better look of the two.

The #BlueJays will also wear these uniforms when they deliver milk in the morning. pic.twitter.com/av7ozCPNdM

The Jays, unfortunately, got stuck with the milkman look.

People spent all weekend dragging the outfits on social media.

It felt more like a Cricket Association game than an MLB match.

Those are the ugliest uniforms this franchise has ever worn. Don’t ever do this again.

Some fans tried their best to warm up to the look, but those dusty digs were a hard pill to swallow.

One person apparently liked the all-white uniforms, but it seems they were the only one in the Twitterverse that did.

by Tanya Mok via blogTO
Posted by Arun Augustin at 10:03 AM