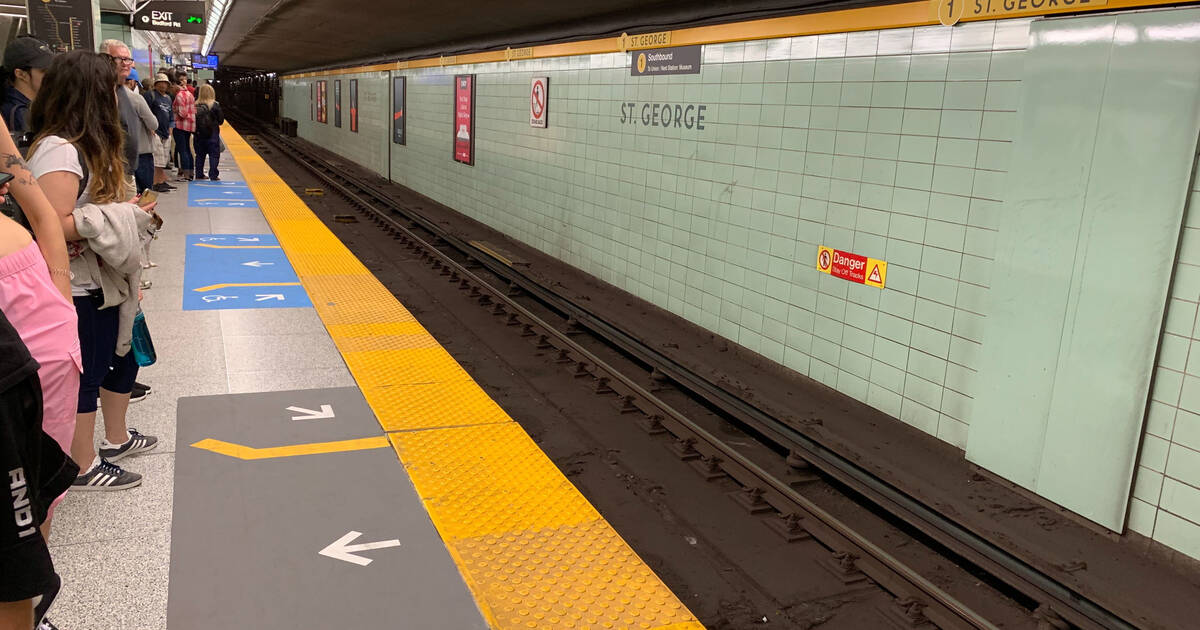 Your transfer between Lines 1 and 2 on the Toronto subway system should be a little bit easier from now on, regardless of which station you choose for the changeover.

The TTC just expanded its platform decal pilot project to St. George Station, which is slightly less busy than the notorious Bloor-Yonge, but still hella messy during rush hour.

The program debuted at Bloor-Yonge Station in April as a way to "improve customer flow on and off subway trains" and "reduce crowding," as the TTC says.

It appears to have proven successful enough for the transit agency to bring its decals across the giant "U," to the southbound platform at St. George.

The #TTC boarding decals test is expanding to the southbound platform at St George Stn. this week. They will run the full length of the platform and indicate where to wait and board when trains are loading/offloading. Makes for more efficient service. First test in an ATC area. pic.twitter.com/U7QDB5FMhF

High-visibility decals were installed this week to show customers at St. George Station where the subway doors will be. The idea is to give them a better idea of where to stand while waiting for trains, allowing everyone to board and exit more efficiently.

"With the TTC's new automated signalling system in place at St. George, trains will stop in the same spot every time, ensuring the doors and decals are in line," wrote the TTC in an announcement on Wednesday.

"The platform decals are one of several steps the TTC is taking at Bloor-Yonge to reduce delays and improve subway service on Line 1 in the morning rush hour."

Next up, should all go well for the Liberals during October's federal election, a $500 million renovation for Toronto's most-travelled (and annoying) subway station.

by Lauren O'Neil via blogTO
Posted by Arun Augustin at 1:35 PM