25 things to do in Toronto for Labour Day weekend 2019 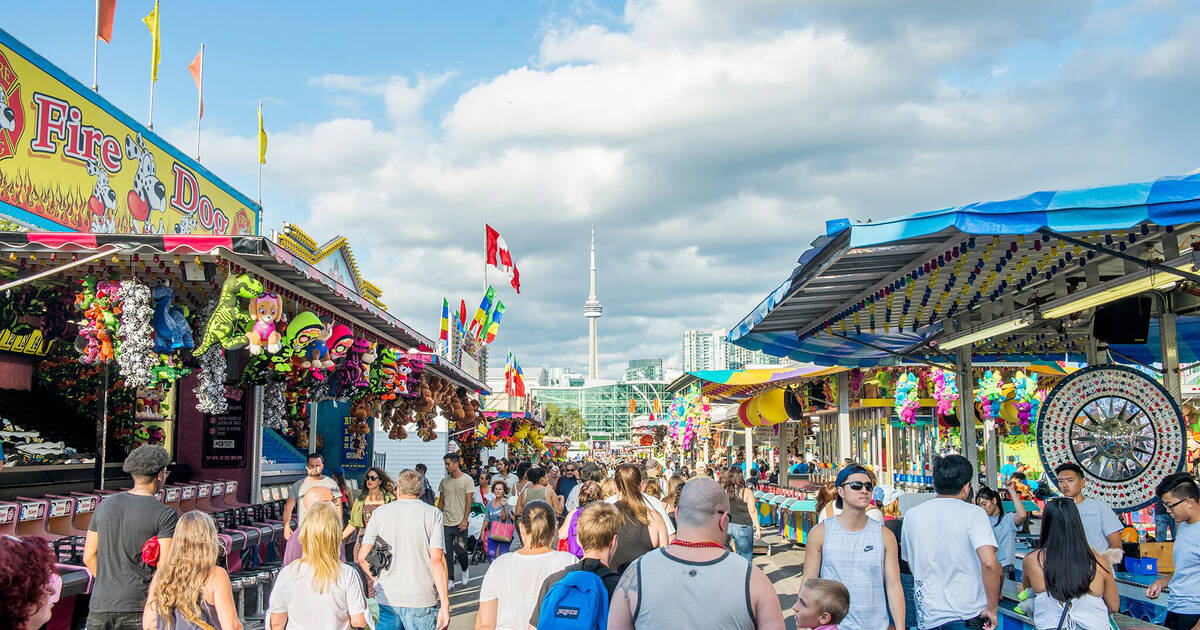 Labour Day weekend events in Toronto for 2019 offer lots of things to do during the unofficial last days of summer. The CNE is wrapping up for another year but not before the big Air Show. There's a big block party and the Aga Khan is opening its doors for free.

MURAL Block Party (August 30 - September 1 @ Stackt Market)
The city's newest shipping container market is throwing a big block party with artists coming out to create murals, plus music, food and talks.
BuskerFest (August 30 - September 2 @ Woodbine Park)
This big performance festival is packed with amazing acts of all kinds, while admission is by donation, with proceeds going to Epilepsy Toronto.
Electric Island (August 31 - September 1 @ Ontario Place)
The last Electric Island has come too quickly, but there's still two days of beats from some big names in electro at this long weekend festival.
First Five Fest (August 31 - September 1 @ Aga Khan Museum)
The Aga Khan Museum is turning five and celebrating with a weekend-long festival with music, performances and free admission to the museum.
Air Show (August 31 - September 2 @ Exhibition Place)
Keep your eyes on the skies this weekend as Snowbirds, jets and Red Arrows zip through the air and perform synchronized stunts.
Artfest (August 30 - September 2 @ Distillery District)
Take a stroll through a huge art festival with hundreds of artisans setting up shop in the Distillery to feature music and workshops as well.
One Love Festival (August 30 - September 2 @ Downsview Park)
It's a weekend of good music and vibes as musicians from all over drop by for this Caribbean music festival and huge cookout.
Labour Day Weekend (August 30 - September 2 @ Ontario Place)
Ontario Place is the spot to be this long weekend, with lots of activities for everyone, like skateboarding, painting, music, yoga, movies and more.
Kanto Night Food Festival (August 30 @ Market 707)
After a successful first run, the second edition of this late-night Filipino food stall is back to serve up treats alongside music and drinks.
Ca-Rib, Jerk and BBQ Fest (August 30 - September 2 @ Downsview Park)
North America's biggest Caribbean food festival is making its way to Toronto for a four-day celebration of Caribbean food, music and arts.
Caribbean Street Food Festival (August 31 @ Daniel's Spectrum)
Back and bigger than ever, you can fill up on tons of traditional Caribbean street food goodies, plus a rum pairing session, activities, prizes and more.
Indie Fridays (August 30 @ Yonge-Dundas Square)
The final Indie Friday has arrived with one last night to get your fill of free music with singer Aline Morales, Afro-Cuban quartet OKAN and LOLAA.
Phantogram & Bob Moses (August 30 @ The Danforth Music Hall)
There's still a handful of tickets left to check out the electro pop/rock sounds of Phantogram and deep house hits by Bob Moses.
Stranded Fest (August 31 @ Horseshoe Tavern)
Stranded Fest is back with a stellar lineup of local cover bands rocking out to all the hits to some of the biggest bands of old.
Labour of Love (September 1 @ Rebel)
Two legendary DJs, Armin Van Buuren and Kaskade, are coming together for a special joint set with new and classic house beats and mixes.
Fire (August 30 @ The Royal Cinema)
Part of the the Sanghum Film Series that looks at portrayals of women in Hindi Cinema, this film explores love and the freedom to choose.
Ukrainian Film Days (August 30 - September 1 @ Imagine Cinemas Carlton)
Back again is this film series dedicated to Ukrainian cinema and stories with a selection of works by Ukrainian filmmakers.
Marianne & Leonard: Words of Love (August 30 - September 5 @ Hot Docs Ted Rogers Cinema)
It was the 1960s and young musician Leonard Cohen was deeply in love with his greatest muse, Marianne Ihlen that inspired much of his early work.
Screened In Sixty (August 31 @ Revue Cinema)
The more the merrier at this showcase that will see sixty emerging artists come together to show 12 shorts, written and performed by them as a collective.
Sunnyside 21 (August 31 @ Sunnyside Pavillion)
Party it out by the beach at this Labour Day long weekend edition of Sunnyside with DJs Chus and Ceballos spinning all the best house and electro.
DJ Snoopadelic (August 31 @ Cabana)
Snoop Doggy Dog — a.k.a. DJ Snoopadelic — is dropping by to provide the beats for some long week pool party fun.
WiGGLY Beach (August 31 @ Cherry Beach)
Wiggle it out at this family and pet-friendly beach party with groovy beats by local DJs TAKIN & Christina Barroness spinning throughout the day.
Oak + Fort Warehouse Sale (August 30 - September 1 @ 630 Queen St W)
Huge savings on stylish men's and women's clothing and accessories are on as Oak + Fort slashes prices up to 80 per cent off.
Hayley Elsaesser Sample Sale (August 31 @ Hayley Elsaesser)
One of the city's most vibrant and fun clothing stores is having a sample sale on men's and women's items, plus Churnt Up on-site with tasty treats.
CNE (August 16 - September 2 @ Exhibition Place)
It's the final weekend for the CNE, but there's still plenty of time to get in of the carnival fun with rides, games, food, drinks, shows, shopping and more.