Toronto street makeover leads to spats between drivers and pedestrians 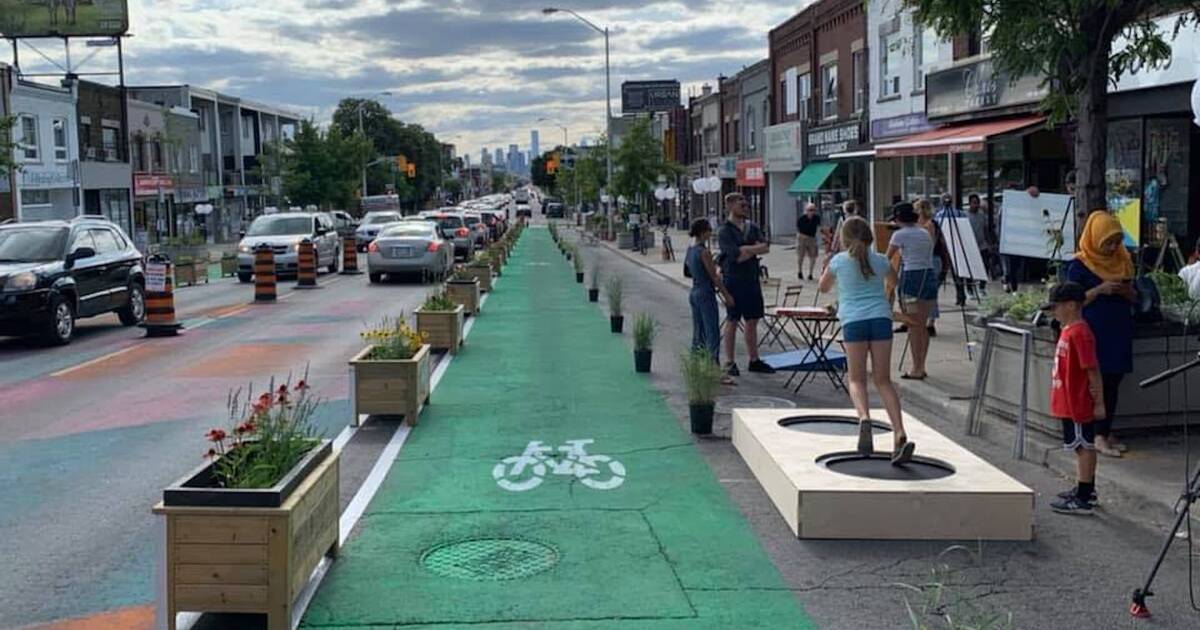 Little divides Torontonians more than traffic. That much was evident when a sidewalk pop-up this past weekend elicited more than just a positive response from little kids riding bikes.

8 80 Streets is a privately funded initiative that painted part of the Danforth from Woodbine to Westmount and dedicated it to fun community activities and pedestrians. A friend of the donor's was one of Toronto's 46 vulnerable road user deaths in 2018.

Despite the heartfelt reason behind the event, of course the drivers of Caronto took it as an opportunity to pile on about even the slightest amount of the road being shared.

Green paint and planters. How much did that progressive project cost taxpayers?

While plenty of positive feedback and cute pics were shared online, even some supporters of the project were careful to evenly voice concerns about parking for shoppers and loading/unloading at small businesses.

What a joke! #topoli this is what Toronto voters elected! Idiots

However, those on the car side of the debate seem to be having none of it. Once a driver, always a driver.

It's the usual griping about the traffic being "too much," "creating more congestion" and somehow never seeing cyclists using new bike lanes. Perhaps we're invisible to them?

And people in our neighbourhood Facebook group are already grumbling about where they will park and how bad the traffic will be. #Caronto will never learn. #ZeroVision

Cyclists and pedestrians are firing right back, though, quick to explain how while cars dominate Toronto roads every day, everywhere, this was a temporary pop-up that only took place in a small part of the city.

Only in Toronto would "safe road design" be a "pop-up". We'll be right back to killing people on the roads in a week.

Let's hope for the sake of all our safety this experiment helped to further at least some kind of intelligent debate, and taught us something about sharing the road with everyone.

by Amy Carlberg via blogTO
Posted by Arun Augustin at 1:23 PM