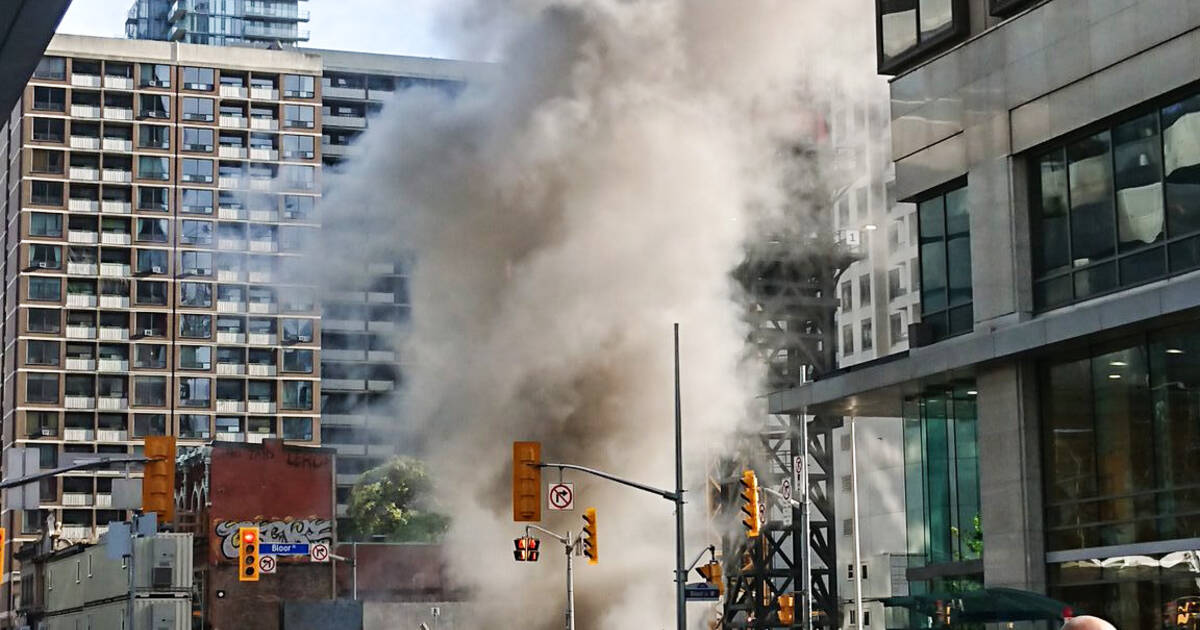 Traffic was gummed up to the max around one of Toronto's busiest intersections during rush hour on Monday evening thanks to fire inside a four-storey-deep hole.

.@TorontoPolice have closed the intersection of Yonge/ Bloor for a fire in a construction site. @Toronto_Fire crews setting up aerial operations. Fire is roughly four stories down in a site #Toronto pic.twitter.com/pqVtt7lDHH

A fire broke out inside an active construction pit on the southwest corner of Yonge and Bloor Streets around 6 p.m., according to police, though it is not yet known what caused the blaze.

Toronto Fire responding to what appears to be smoke at a construction site at Yonge and Bloor pic.twitter.com/nSrSWHwIUl

No injuries were reported, but pedestrians had to navigate around multiple fire and police vehicles (with the help of traffic-directing TPS officers) to access the TTC.

The smoke has eased off, it traffic hasn’t. TPS has an officer directing traffic. Toronto Fire says the fire was caused by building materials. No word on injuries pic.twitter.com/9TrVbsF9Lk

It didn't take long for firefighters to snuff out the blaze. A platoon chief later confirmed to reporters that "various construction materials" had been on fire.

Not what I'd expect at a construction site! Yikes!! Yonge Bloor intersection pic.twitter.com/VA8ISYggzq

The fire took place at what used to be Stollerys, where a single, three-storey brick heritage building still remains surrounded by an excavation pit.

Soon to come where the hole is now will be Sam Mizrahi's extravagant, 86-storey luxury condo tower "The One."