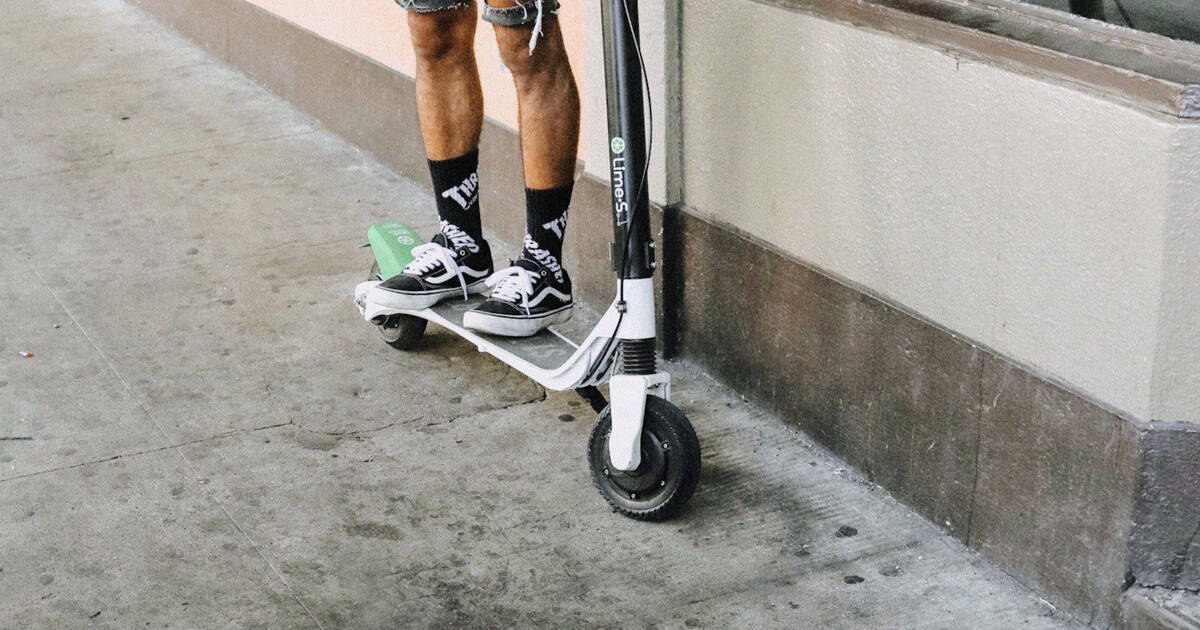 There may soon be a new way for you to get around the city's busy streets, because Ontario is planning to introduce electric scooters in the province as part of a five-year pilot.

Riding e-scooters in Ontario is currently illegal according to the province, because they don't meet the government's safety standards.

But according to The Ministry of Transportation, the pilot would allow e-scooters to be driven on the same roads as bicycles.

Funny how a lot of cities are banning e scooters. So Ontario is encouraging them

On the province's regulatory registry, the fact that the scooters are environmentally-friendly is cited as one of the reasons for the proposed pilot.

Talk of these kinds of scooters coming to Ontario has happened before, but it seems like it may be for real this time.

Of course, with the introduction of a new vehicle on Toronto's already-dangerous roads, comes rules.

Bad call. Don't we have enough carnage with pedestrians? Headlines will read: "Another E-scooter operator killed" Drivers, especially in the GTA, are too impatient and with no law enforcement to slow them down, it will only get worse.

To operate a scooter, the driver must be at least 16 years-old. Multiple passengers are also not allowed on the vehicles, they cannot exceed a maximum operating speed of 32 km/h, and bicycle helmets are required for those under 18.

"The ministry is interested in exploring the feasibility of these vehicles safely integrating with other road users, while promoting road safety and fostering business innovation in the province," the summary of the proposal states.

"They represent a new way for residents to get around their communities, are seen as providing first and last mile connections to transit, and represent an opportunity to reduce traffic congestion."

The public has until September 12 to comment on the proposal.

by Mira Miller via blogTO
Posted by Arun Augustin at 10:20 PM