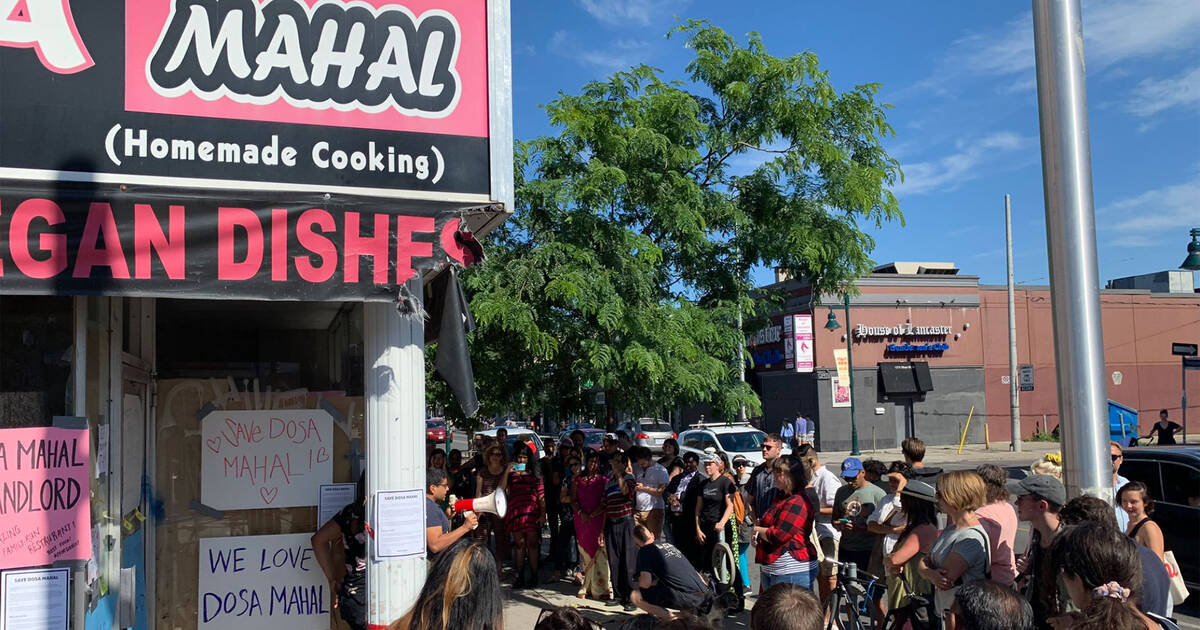 A Toronto restaurant that's been a corner of the community and resource for cheap dosa and thali plates is embroiled in a bitter landlord dispute that could see its closure.

South India Dosa Mahal lies in the same stretch of Bloor as Brock Sandwich, site of a devastating 2018 fire that affected a few businesses in the area. Brock is back up and running: sadly, the same can't be same for Dosa.

According to a flyer distributed by a Facebook group called Save Dosa Mahal, the couple behind Dosa Mahal have been in the Bloordale neighbourhood for 30 years and the restaurant in its current location for 10.

Save Dosa Mahal! Stop gentrification in our neighbourhood and support this family with over 30 years here in the community! #DoItForDosa #savedosamahal pic.twitter.com/6ZhUsbUTLn

It also alleges that the landlord has been refusing to make repairs, yet seeks $70,000 in lost revenue due to the business being closed, refusing to pay back any funds owed or allow the business to reopen until she is paid.

On Sunday, August 25, the community rallied around the business (literally), demonstrating their outrage against the accused landlord's behaviour with signs and a display of support outside the restaurant.

“This is not a business - this is a family. I just want to feed people.”

Online fundraising efforts to save Dosa Mahal have already raised over $3000, surpassing a $200o goal, over $200 of which was raised during the rally. However, sadly it doesn't seem to be doing much good at the moment.

Landlord came by today and removed the remaining signs and changed the locks. The locksmith told me he grew up in this neighbourhood and was sad to see this happening.

Continue to show visible support for the family!

On Monday, August 26, all posters had been taken down and the windows had been papered over. A passerby suggests the landlord is responsible.

Posts to the Save Dosa Mahal Facebook group state that the landlord refused to speak to community members, and had a locksmith change the locks.

by Amy Carlberg via blogTO
Posted by Arun Augustin at 12:43 PM