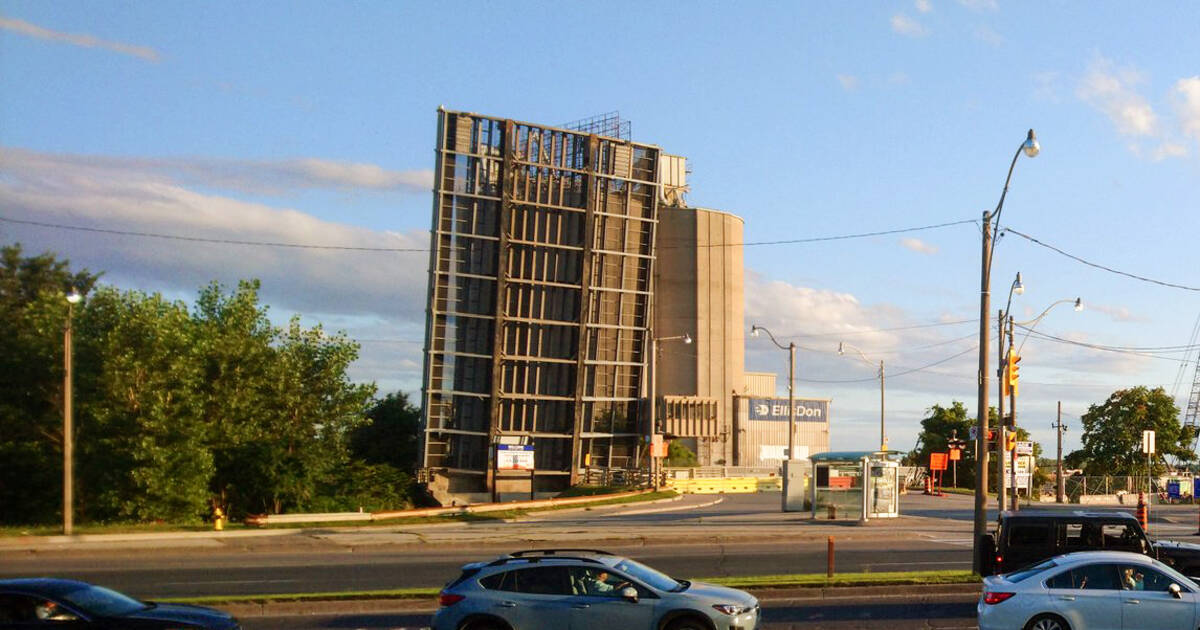 Toronto's Cherry Street lift bridge has been disconcertingly locked in an upright position for nearly a month now, frustrating droves of cyclists, motorists and pedestrians who've been forced to detour around the area and find alternate entrances into the Port Lands.

The bridge is still up and making people mad as Labour Day weekend approaches. That much hasn't changed.

What should give locals hope is the fact that Toronto now at least has a plan to fix the sitch.

Come on, Toronto, let’s figure this out 🤨 It’s been, what, a month since the Cherry Street bridge got stuck? It’s 2019... you can do this! @cityoftoronto #cherrystreetbridge #cherrystreet pic.twitter.com/ZBq2zveXp3

In a video posted to the City of Toronto's official Twitter account on Monday, project manager Bryan Bowen explained that staffers are using a "three-part strategy" to solve the bridge problem.

Step one involves stabilizing the 51-year-old bridge by installing a "temporary bracing system," the design of which first had to be custom engineered and fabricated.

Once that system is in place over the Keating Channel, city and PortsToronto workers can remove the damaged bridge component.

Then, finally, the project team will use cranes to conduct what Bowen calls "a safe and controlled" lowering of the bridge.

Work to lower the Cherry St Bridge is well underway! Watch this video to learn about the three-part strategy we developed w/ @PortsToronto. Meanwhile, if you're travelling to/from the Port Lands/Martin Goodman Trail, please use the Don Roadway, Carlaw, or Leslie. pic.twitter.com/RFtaBWxfje

"Once the bridge is safely down, it will be secured in a horizontal position and we will conduct all necessary safety inspections before restoring public access to the bridge," said Bowen in the video.

"Weather permitting, we expect the bridge to be back open for public use shortly after the Labour Day long weekend."

So there you have it; the bridge will be fixed sometime soon, but not yet.

I think @TrafficServices / @TPSOperations needs to get some people to direct traffic at Villiers & the Don Roadway while the Cherry Street bridge is closed. It’s Lord of the Flys over there. @JohnTory #ToPoli

"The City of Toronto and PortsToronto appreciate everyone's patience as we work through this situation as quickly and safely as possible," reads a press release put out by the city earlier this month after the bridge had been broken for about a week.

"Detour signage will remain in place. Motorists, cyclists and pedestrians who want to access or return from the Port Lands while the bridge work is underway can use the Don Roadway, Carlaw Avenue or Leslie Street."

Whatever happens, the bridge is scheduled to be replaced completely within 18 months as part of the Port Lands Flood Protection Program.

by Lauren O'Neil via blogTO
Posted by Arun Augustin at 10:20 AM