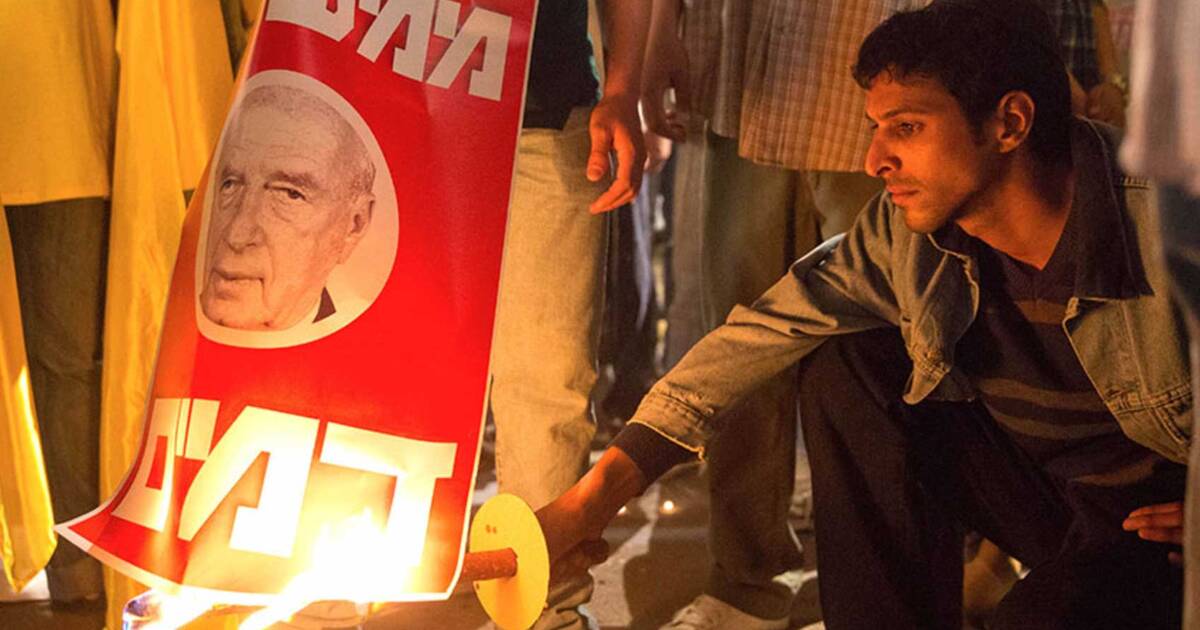 The robust foreign film offerings at TIFF 2019 give you the ability to travel the world from the comfort of a local theatre. International cinema has never been richer or more exciting, and there are dozens to choose from on this year's slate.

Here are my picks for the top foreign language films to see at TIFF 2019.

Diao Yinan's gangster thriller was robbed at Cannes, failing to secure any awards mention. It's a film that mixes action and politics in equal measure, making for a stylistic, wild ride that serves as a showcase for the best of contemporary cinema. Bonus: Rah rah for the Boney M scored dance sequence!

Yaron Zilberman's exploration into the events surrounding the Rabin assassination looks to be a must-see, delving deeply into the forces that helped shaped the worldview of a murderer whose primary goal was to rid the world of a peace maker.

South Africa produces some stellar cinema, and boxing films often capture the right mix of drama and action, where the combat mirrors struggles outside the ring.

I loved Rams so very much, so Grímur Hákonarson's return to TIFF is a most welcome one. This story of a farmer taking on a powerful co-op looks to be another powerful social comment by this remarkable filmmaker.

The Invisible Life of Euridice Gusmão

The film about two sisters living inadvertently-separated lives wasn't my cup of tea, but Karim Aïnouz's film gained plenty of fans when it premiered at Cannes, taking home top prize in the Un Certain Regard section. May it work for you as well as it did for the jury!

I'm no blind fan of the "slow cinema" movement that's come out of Romania, always wanting something to take place to serve as a narrative hook. Bless Corneliu Porumboiu for matching the precision of his slow works with a bit of genre fun, making for an explicitly artsy yet darkly comic gangster film.

Another film that may not speak to general audiences, Roy Andersson's films have plenty of fans in the arthouse crowd, enthralled by his subtly comic tales of ennui and philosophical musing. If you're into absurdity and angst, this is your jam.

Takashi Miike returns to Midnight Madness with what's either his 103rd film or his bazillionth, depending on whose counting. The story of a boxer and an addict navigating gang warfare sounds ripe for Miike-style mayhem, and another welcome return from one of the most prolific masters of Japanese cinema.

It's half in Russian, so I'm cheating and including Gabe Polsky's fantastic doc here. A follow-up to his Red Army, this is a fantastic dive into the transition years for Russia between the end of the Cold War and Putin's rise. Using Hockey as a way into a deep political dive, this film is an absolute treat, an exemplar for the terrific TIFFDocs slate.

This will either be a masterpiece or a disaster, which is exactly the kind of knife-edged cinema that makes TIFF so exciting. Documentary-maker María Paz González makes her fiction debut with this musical about migrant labour, and if she pulls it off, this could be a treasure.

by Jason Gorber via blogTO
Posted by Arun Augustin at 8:20 AM