Toronto is really hating the CNE bus on Dufferin 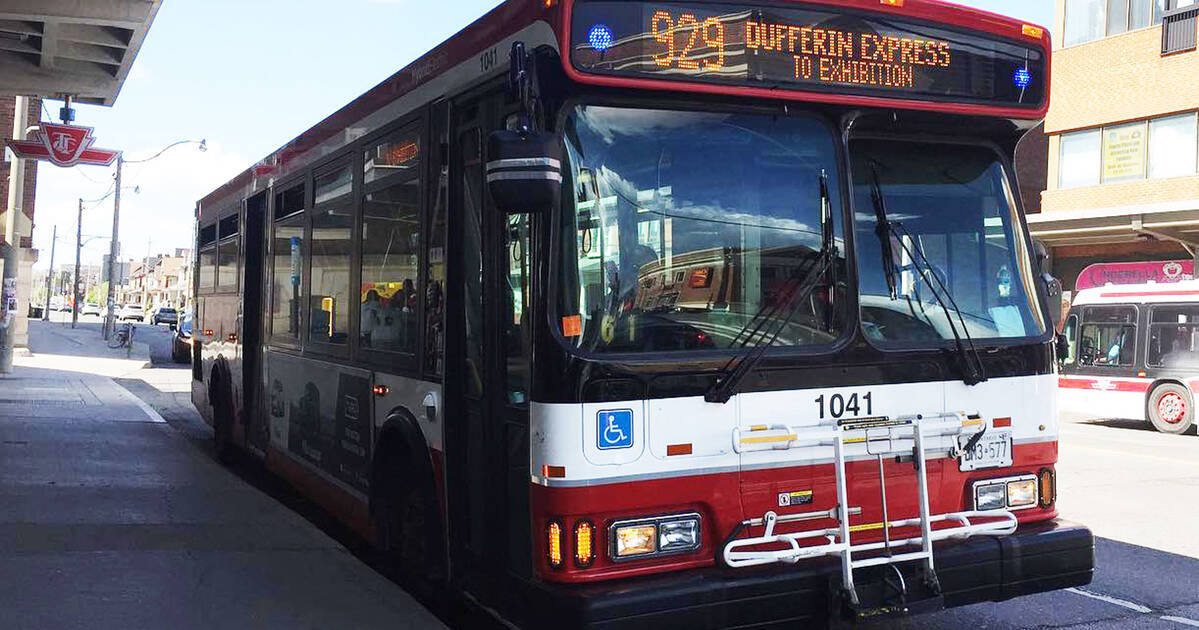 The CNE marks one of the happiest times of the year in Toronto — unless you live anywhere around Dufferin Street, in which case, good luck getting home.

For the past two weekends, hoards of people have been swarming the Exhibition grounds for the annual extravaganza of weird food and rides.

There are a few different ways to get to the Ex by transit (the 511 from Bathurst Station, the 514 from King) but the 29 Dufferin bus route is definitely one of the most popular ways on the TTC.

@TTChelps With the CNE now open, did you guys forget to add additional service on the 29 Dufferin route? Soooo many people waiting for the Dufferin bus at Bloor Station today. Looks like northbound bus hasn't been here for like 30mins.

The downside: the 29 bus route is notorious for being one of the busiest in the city (it's nicknamed the Sufferin' Dufferin for a reason), meaning it's been even more miserable as of late.

We made the mistake before of taking the bus to the CNE, wasn't 90 minutes in traffic

People have been taking to social media to complain about how crowded the 29A bus gets (or the 29C, or the 929 Express), and that's if it ever arrives.

Another awesome day on #Dufferin. Ex express completely empty flies by stop. 29A empty at back - front completely blocked and driver won't open rear doors. Next 29A in 6 minutes and will probably be same as last.

The TTC is no longer running the 193 Exhibition Rocket express service from Dundas West Station, which might explain why this year feels particularly busy.

the dufferin bus is really the sufferin’ bus

The wait might be worth it if you're rewarding yourself with a pickle pizza at the CNE, but not so much if you're just trying to get home to feed the cat.