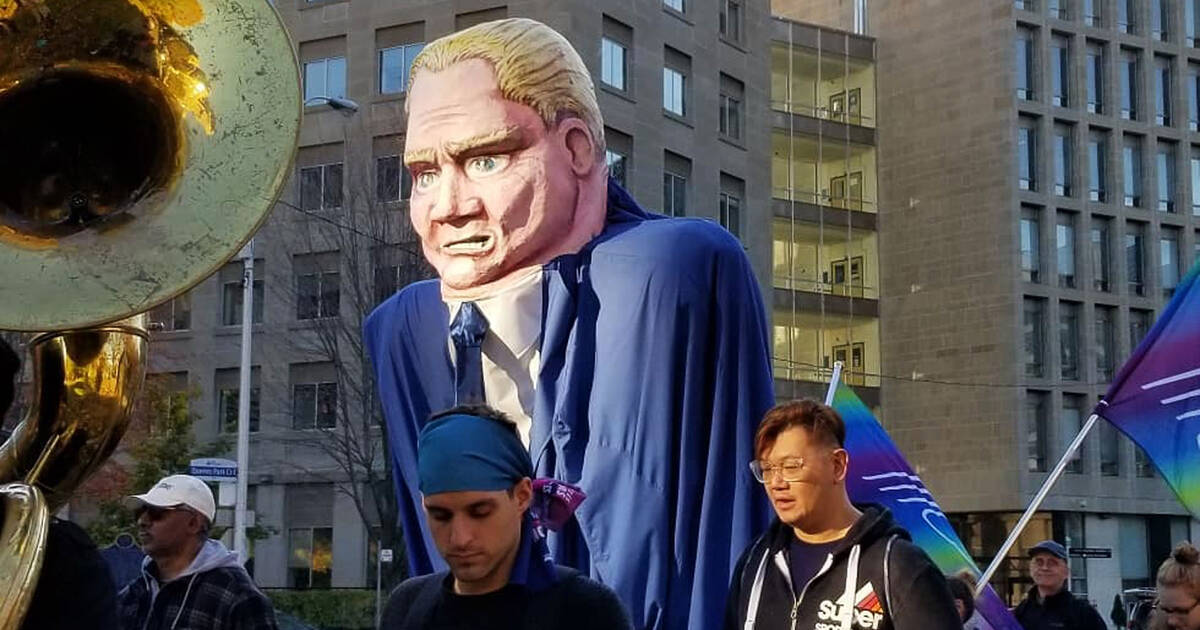 Doug Ford's anti-carbon tax stickers are officially mandatory at gas stations across Ontario by this Friday, but no one seems to be taking them seriously.

These @fordnation propaganda stickers are poor quality. They curl off from sun exposure. You would think such an accomplished (😂) sticker businessman like Doug Ford would know a thing or two about stickers! (They peel off easily too!) #onpoli pic.twitter.com/HBbJHWvl2A

People on the Twitterverse have been trolling Ford after finding out that the signs are really poor quality.

It turns out you can peel these guys off really easily, which isn't very good news for the gas station owners who face a fine of up to $500 per day (it used to be $10,000) for not putting them up.

Same issue when I was filling up.
I need to start carrying a black magic marker for some extra decorations pic.twitter.com/cIaePxLmr2

Maybe it's the amazing summer weather we've been getting the past few weeks, but the sun seems to be doing a number on the adhesive.

I’ve peeled off and rolled a few myself as the adhesive is terrible and from what I have seen. No one notices them at all.

People have been quick to note the ironic fact that Ford's family business, Deco Labels, is supposed to specialize in, well, labels (though to be fair, stickers aren't on the company's product list).

Oh great! now @fordnation will waste more tax payers money on yet another do over.

Now some are wondering if the Conservative Party will spend more money on making new stickers, because these ones obviously aren't cutting it.