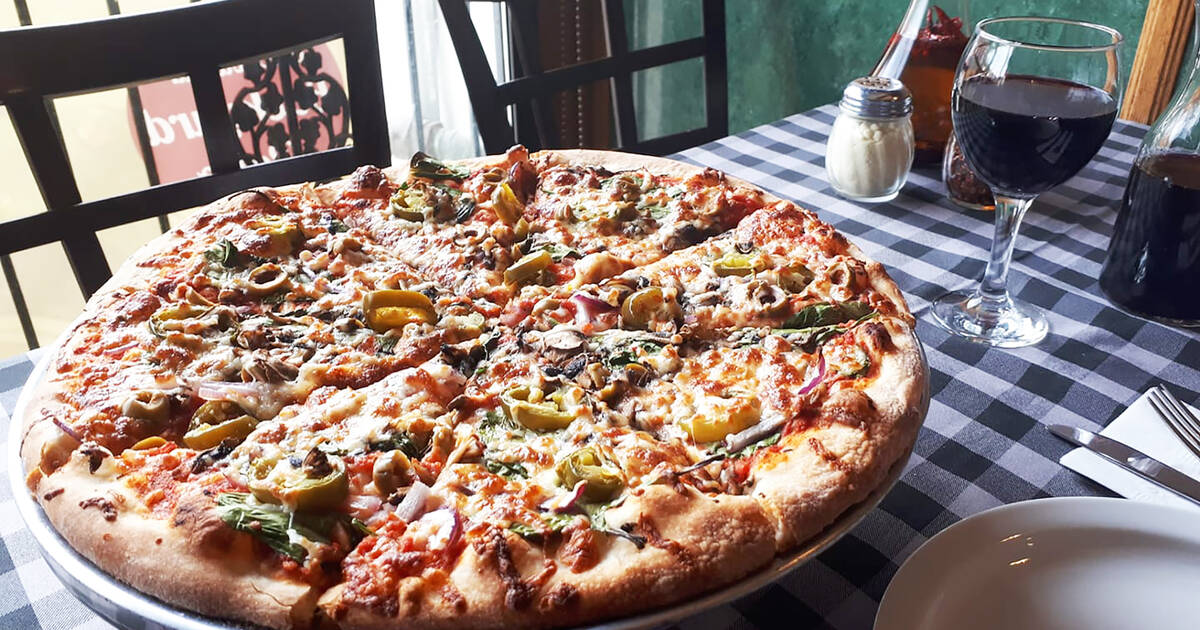 The weekend is still far off but events in Toronto today are packed with fun as a pizza institution celebrates 41 years with free goodies. An all-white poolside party is on and there's art, music, film, comedy and drag happening as well.

Amico's Customer Appreciation Day (August 27 @ Amico's Pizza)
Amico's Pizza in Parkdale is celebrating 41 years with a free buffet that includes pizza, pasta, vegetarian and vegan fare, plus music and other festivities.
Red Satin (August 27 @ TIFF Bell Lightbox)
Author and scholar Shereen El Feki is dropping by to introduce her film debut that's helped representation of Tunisian women in film.
Gender Outlaws (August 27 @ Comedy Bar)
Back again is this comedy showcase with stand-up by trans*, non-binary and gender nonconforming comedians and folks from across the spectrum.
ARTBOX Pop-Up Party (August 27 @ Ice Towers)
Art, music, food and drink are all on at this party where you can dress to impress watch entertainment by creatives from around the city.
Dont Look Back (August 27 @ TIFF Bell Lightbox)
Bob Dylan in his early rock'n'roll days stars in this 1965 black and white, early example of rock documentaries by D.A. Pennebaker.
Choir! Choir! Choir! (August 27 @ Clinton's Tavern)
C!C!C! is back and ready to get deep into the feels with an ode to Richard Marz "Right Here Waiting", one of the most epic ballads of the 80s.
ArkonA (August 27 @ Velvet Underground)
Russian folk/pagan metal band ArkonA sound a lot like if you mashed ceremonial, melodies with rips and rumbling deep sounds.
A Stone For David Berman (August 27 @ Tranzac Club)
Local artists from all mediums are coming together to celebrate the life of singer-songwriter, poet, cartoonist and Silver Jews frontman David Berman.
Soiree Blanche (August 27 @ Cabana Pool Bar)
Break out your freshest white gear for this late-summer afternoon soirée inspired by the island vibes of St Tropez off the coast fo France.
Dragula Viewing Party (August 27 @ Glad Day Bookshop)
Welcome back, Uglies. Season 3 of Dragula is ready to premiere and it's going down at this viewing party with performances, prizes and an afterparty.