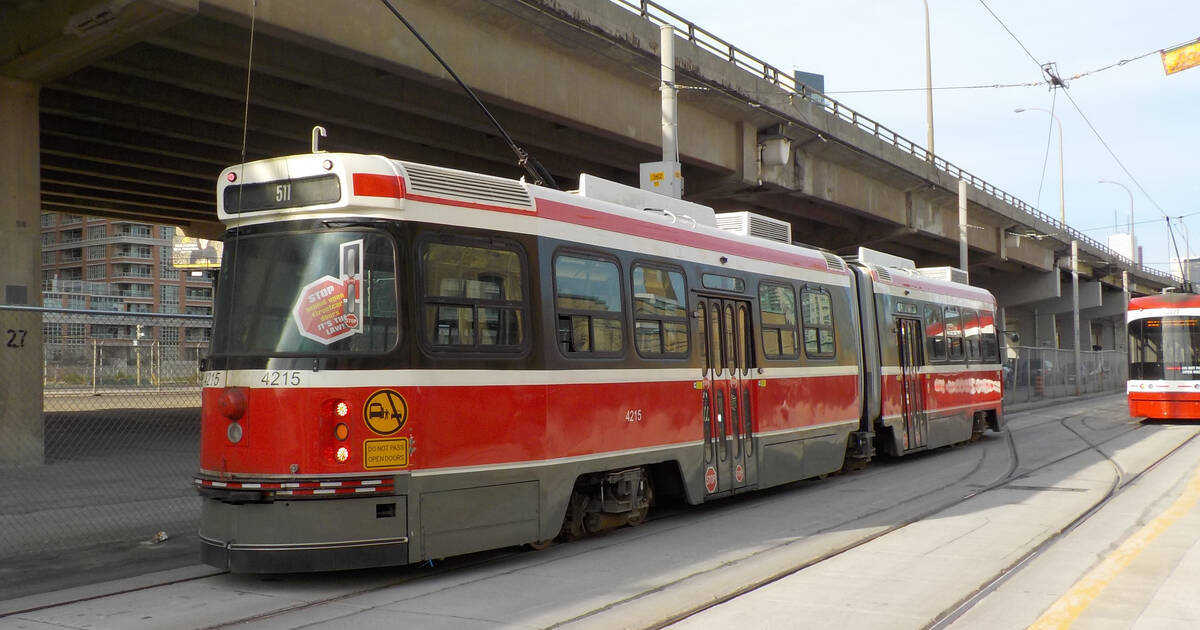 It's end of the road for Toronto's remaining articulated streetcars (you know, those long, old ones with the bendy thing in the middle?) and the TTC is celebrating by giving you one last chance to ride them — for free.

The #TTC is officially retiring the ALRV streetcars! The remaining two cars will make their last journey on Monday September 2, 2019 and will provide #free service to riders. Look out for them along Queen Street from 2-5PM on Labour Day. 🚋 pic.twitter.com/Z6DjM29o8y

Both cars will be running along Queen Street on Monday, September 2 between 2 p.m. and 5 p.m.

One of the streetcars will be moving west, from the Russell Carhouse at Greenwood Avenue toward Bathurst Street, while the other will depart from Bathurst and Wolsely Streets and join Monday's Labour Day parade.

on labourday, the TTC is retiring the last of the articulated double-streetcars, which were unique to toronto. very devastated to see these go, they were always my favourite way to get across the city. pic.twitter.com/EPsOlmaT67

The last of the ALRVs are ready to retire after more than 30 years of service in Toronto, according to the TTC. Same goes for their non-articulated sister vehicles, the CLRVs.

Many who grew up with these classic, cherry red streetcars will be sad to see them go. It truly does mark the end of an era.

Having grown up on the Long Branch 501 line, streetcars were an essential travel component to my first discoveries of Toronto at large. It’s how I began to know my City.
Monday is your last chance to ride the TTC’s old, articulated streetcars | The Star https://t.co/YP83Mml3nw

Fortunately, the retirement of these old streetcars signals that the TTC finally has enough of their new, more reliable counterparts to bridge the gap.

The new Flexity Outlook vehicles have been a pain to squeeze out of their perpetually tardy supplier, Bombardier, but are a key part of making Toronto's transit network more modern and more accessible.

You can watch the very last of the old, bendy streetcars leave the Wolseley Loop around 4:15 p.m. on Monday, according to the TTC. It will make its final return to the Russell Carhouse around 5 p.m. that day.