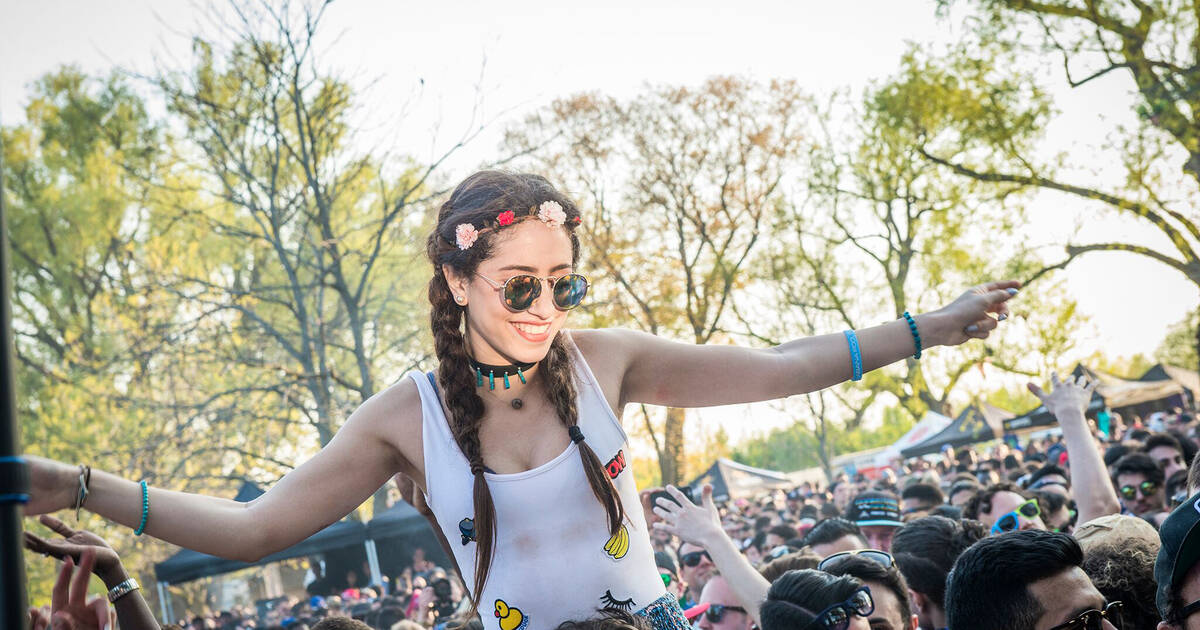 Events in Toronto this week are packed with fun stuff just before a much-needed long weekend. It's the final week to get in on the CNE action while Electric Island is wrapping up as well. There's an all-you-can-eat gelato party, comedy, beer and plenty of free stuff as well.

The Wow & True Stories (August 26 - November 25 @ The Assembly Theatre)
A new improv experience is here with the folks from Assembly Theatre performing a series of true stories of all kinds. on the spot.
Red Satin (August 27 @ TIFF Bell Lightbox)
Author and scholar Shereen El Feki is dropping by to introduce her film debut that's helped representation of Tunisian women in film.
Carnival Row Night Market (August 28 @ Yonge-Dundas Square)
Performances, shopping and activities are part of this night market in anticipation of the new Amazon Prime series about a neo-noir fantasy world.
Caskapalooza (August 28 @ Craft Beer Market Toronto)
Soak up that woody taste with over 30 unique casks at this annual beer festival that includes food, music and partial proceeds going to a good cause.
Rice (August 29 @ Rivoli)
None other than comedian Ron Josol is dropping by for this edition of RICE that showcases Asian comedians from all over the country.
Annex Summer Night Market (August 29-30 @ Tranzac Club)
Two nights of summer fun are on at this night market with artisans, artists and vintage vendors coming together in support of CAMH and Workman Arts.
All-You-Can-Eat Gelato Party (August 30 @ Dolce Gelato)
Summer is the best time to fill up on this classic Italian treat and this AYCE gelato party lets you try out and eat as many flavours as you like for $15.
Oak + Fort Warehouse Sale (August 30 - September 1 @ 630 Queen St W)
Huge savings on stylish men's and women's clothing and accessories are on as Oak + Fort slashes prices up to 80 per cent off.
Ca-Rib, Jerk and BBQ Fest (August 30 - September 2 @ Downsview Park)
North America's biggest Caribbean food festival is making its way to Toronto for a four-day celebration of Caribbean food, music and arts.
BuskerFest (August 30 - September 2 @ Woodbine Park)
This big performance festival is packed with amazing acts of all kinds while admission is by donation, with proceeds going to Epilepsy Toronto.
Stranded Fest (August 31 @ Horseshoe Tavern)
Stranded Fest is back with a stellar lineup of local cover bands rocking out to all the hits to some of the biggest bands of old.
Sunnyside 21 (August 31 @ Sunnyside Pavillion)
Party it out by the beach at this Labour Day long weekend edition of Sunnyside with DJs Chus and Ceballos spinning all the best house and electro.
Electric Island (August 31 - September 1 @ Ontario Place)
The last Electric Island has come too quickly but there's still two days of beats from some big names in electro at this long weekend festival.
Labour of Love (September 1 @ Rebel)
Two legendary DJs, Armin Van Buuren and Kaskade, are coming together for a special joint set with new and classic house beats and mixes.
CNE (August 16 - September 2 @ Exhibition Place)
It's the final week for the CNE but, there's still plenty of time to get in of the carnival fun with rides, games, food, drinks, shows, shopping and more.