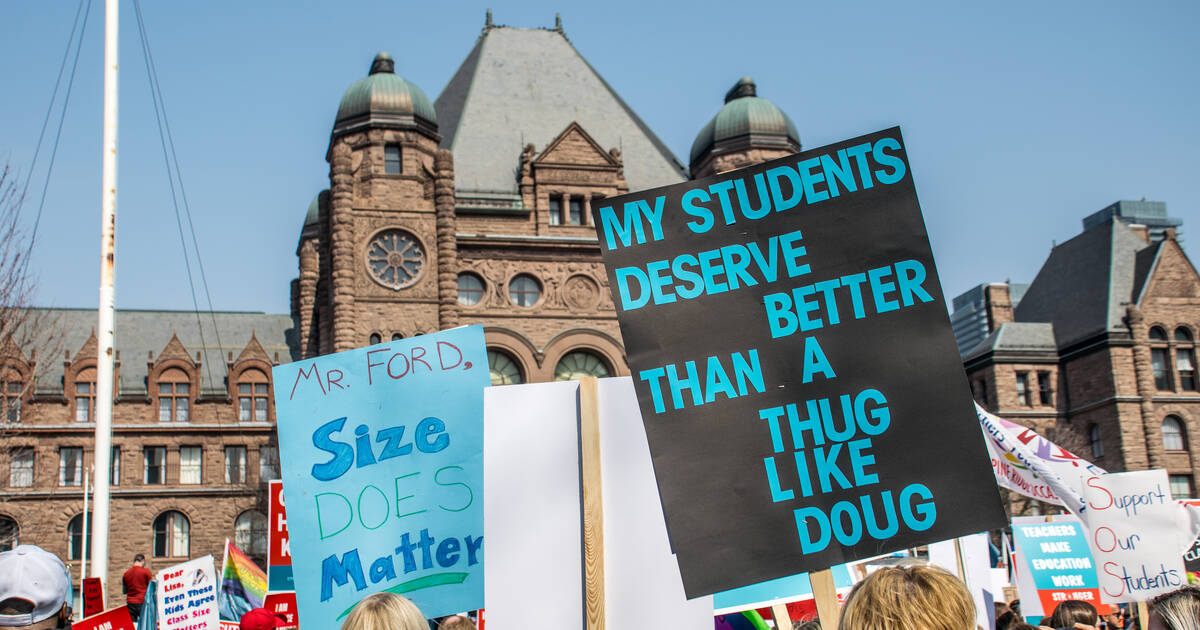 Standardized testing doesn't end when you're finished with high school anymore, folks — not if you want to be a teacher in Ontario, that is.

As alluded to in a piece of proposed legislation last October, Doug Ford's PC government is rolling out mandatory "math content knowledge" tests for all new elementary and high school teachers within the province.

The idea, when proposed, was that those who failed the test wouldn't be able to register as teachers.

A newly-leaked memo from deputy education minister Nancy Naylor reveals that candidates must not only pass the math test, but score at least 70 per cent in order to secure a teaching licence.

For those interested, here's the regulation filed regarding the proficiency math test for teacher candidates in Ontario. The test will cover Grades 3-11 curriculum https://t.co/8w3VzrOqeE

Administered by the Education Quality and Accountability Office (EQAO — the same body responsible for standardized testing among students), the math proficiency test for teachers will contain questions about both math content and teaching.

Approximately two thirds of the test will assess candidates based on their knowledge of things like arithmetic, fractions and percentages, according to The Globe and Mail. The rest will pertain to how well they can teach the subject to students.

Teachers unions aren't thrilled by the news, given that the test will be mandatory for all new teachers — regardless of which subjects they teach and which grades they teach them to.

Fortunately for those who struggle with mathematics, aspiring teachers can take the test as many times as they like (for a price) until they pass.