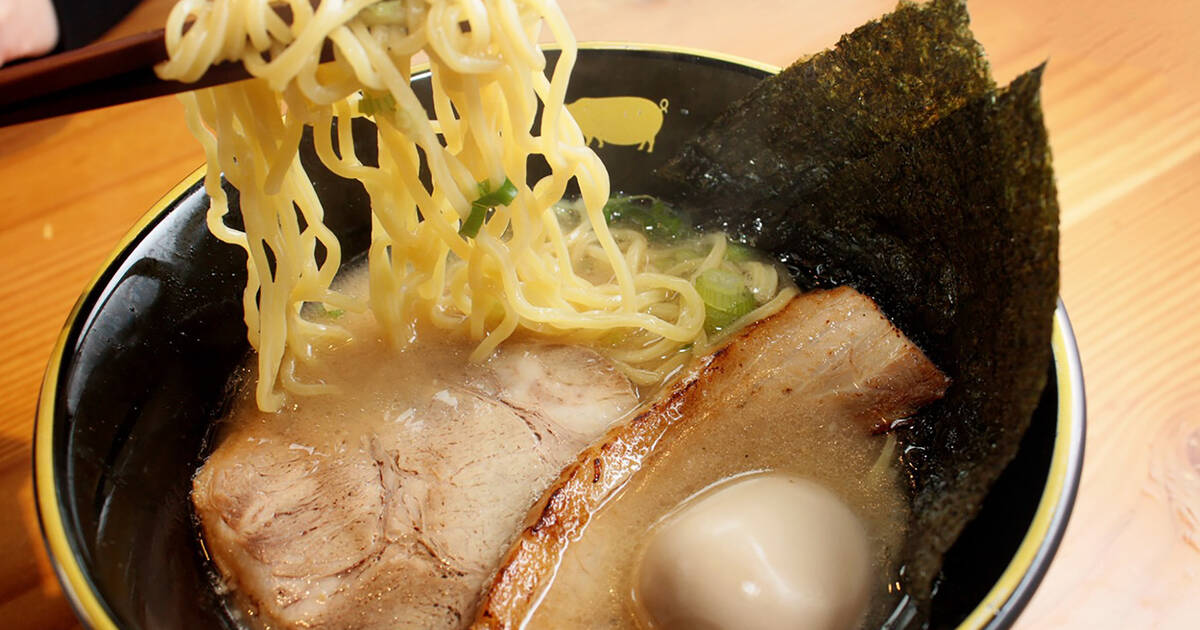 Come hungry for events in Toronto today as Kinton hosts a big ramen eating challenge that will see someone crowned the ramen champ. Elsewhere, a cask festival is serving up some fresh brews and it's the last Summer Wednesday of the year.

Caskaplooza (August 28 @ Craft Beer Market Toronto)
Soak up that woody taste with over 30 unique casks at this annual beer festival that includes food, music and partial proceeds going to a good cause.
Carnival Row (August 28 @ Yonge-Dundas Square)
Performances, shopping and activities are part of this night market in anticipation of the new Amazon Prime series about a neo-noir fantasy world.
Evergreen's Summer Wednesdays (August 28 @ Evergreen Brick Works)
The final Summer Wednesday of the year is here with one last chance to soak up the sun while drinking a beer, eating food and playing games at Brickworks.
Scarlxrd (August 28 @ Mod Club)
Things are about to go hard with English trap and heavy metal rapper Scarlxrd and his brash, booming sound played alongside special guests.
Mega Ramen Challenge (August 28 @ Kinton Ramen)
Who will be crowned the ramen champ? It could be you if you can finish this huge mound of ramen in 15 minutes or less—then it's free!
Material Girls (August 28 @ The Baby G)
Art punk with a hint of 80s influence is what makes up the sound of Atlanta's Material Girls as they rip it with Jean Daddy and Motorists.
Aliens (August 28 @ Revue Cinema)
J-Cam's sequel to Alien is screening with another dose of Sigourney Weaver trying to warn anyone who will listen about the predators.
The Surreal Life (August 28 @ 187 Augusta)
Comedy is art and this monthly comedy show takes it to the gallery with a stand up set, improv and storytelling among the artwork.
Rob Zombie Double Feature (August 28 @ The Grand Gerrard)
In anticipation of 3 From Hell next month, both House of 1000 Corpses and The Devil's Rejects is screening to get you hyped and ready.
Bloor-Borden Farmers Market (August 28 @ 365 Lippincott Street)
Take a stroll through this neighbourhood farmers' market with fresh, local produce available alongside baked goods and speciality items.