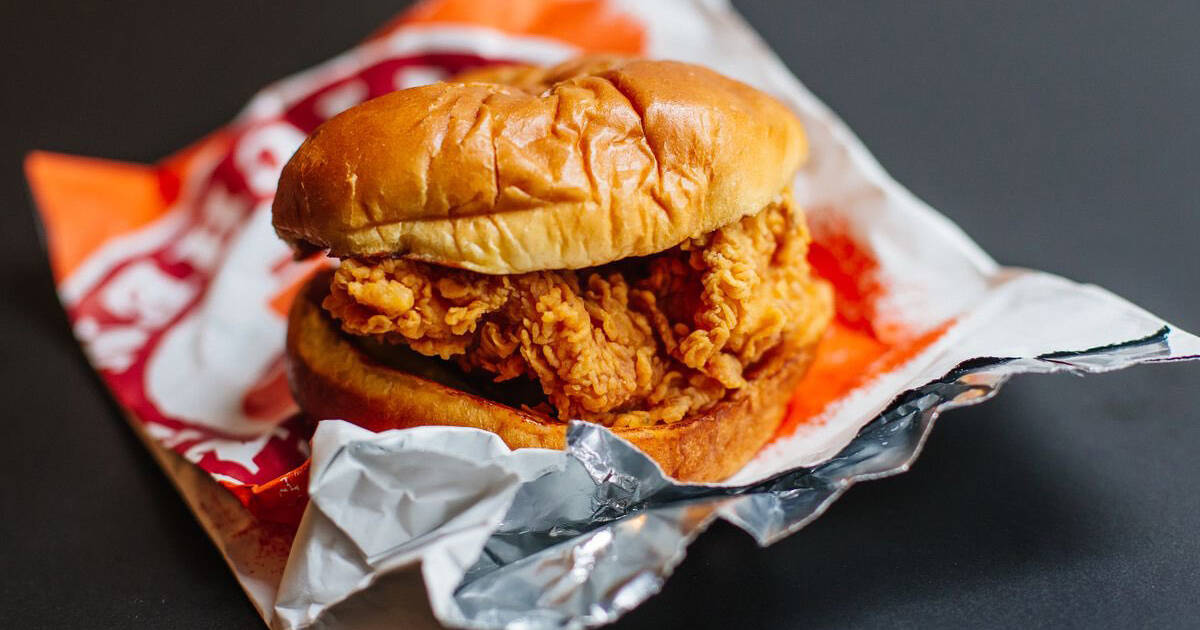 Few things annoy Canadians like watching our American counterparts go insane over something we don't yet have, whether it be a streaming service (like Hulu), a retailer, (like Trader Joe's), or — more often than not — a fast food item (like literally everything on the menu at Shake Shack.)

And when the brand behind one of those "somethings" happens to based Canada, but is only available south of the border? That stings double bad.

@PopeyesChicken I’m in Canada.. Toronto, Ontario to be exact! And I feel absolutely disrespected that I do not have the opportunity to enjoy the pleasures of your new sandwhich.. who’s is on your marketing team? I’m boycotting Popeyes in Toronto 😭😑😫 #ChickenSandwichWars

Customers have, predictably, been quite upset to learn this upon arriving at local Popeyes locations in search of the internet-famous menu item.

Me when I can’t get Popeyes chicken sandwich in Canada after seeing all the hype on Twitter....@PopeyesChicken pic.twitter.com/gosv7ZZ92V

Sure, chicken sandwiches abound in this city of all the food, but none of them are as talked-about right now as the fried chicken sandwich launched by Popeyes on August 12 — and Torontonians want to know why.

Endorsed by celebrities such as rapper Cardi B and Migos member Quavo, who picked up a pile of the perpetually sold out sandwiches on Saturday to sell for $1,000 a pop, the fried chicken on buttered brioche buns has been inspiring lineups across the U.S. for weeks.

Popeye’s Employee: Sorry, we are out of the Popeyes Chicken Sandwhich

Are they worth the considerable amount of hype they've getting on social media? I don't know. I live in Toronto — which, incidentally has no less than 50 Popeyes locations.

Atleast y’all have it...Popeyes a fucking Canadian company ain’t got any in Toronto shit all of Canada ain’t got nun..smfh https://t.co/6ITTx8F3bm

Tasty or not, they're getting a lot of buzz thanks to the chicken brand's Twitter chops and public rivalries with Chick-Fil-A and Wendy's.

With the latter company set to open its first Canadian location in Toronto any day now, it's not a great time for Popeyes to be ticking off consumers in Canada. ​

@PopeyesChicken ayo bring that sandwich to toronto and claim your turf https://t.co/zseTcSqyki

If history is any indication, we'll see the viral chicken sandwich on Canadian turf before long.

Whether people will still care to try it at that point remains to be seen.

by Lauren O'Neil via blogTO
Posted by Arun Augustin at 11:33 AM