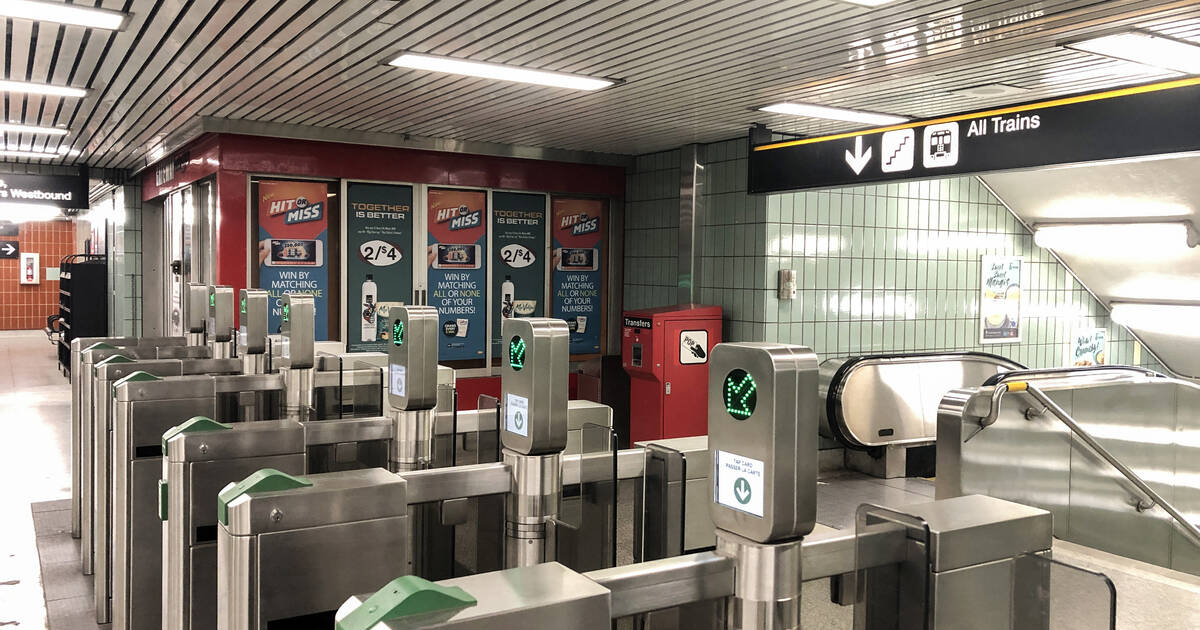 Doug Ford's provincial government is actively working to expand the sale of beer and wine convenience stores in Ontario, if you somehow didn't already know that.

The plans have been laid, legislation has been passed, the contracts have been broken and PC politicians are chomping at the bit to grab their six-packs at 7-Eleven.

Basically, all that now stands between you and the ability to buy corner store beer is an official government proclamation, which could come as early as October when MPPs come back from their extended summer vacation.

As the reality of bodega booze creeps closer, questions are starting to surface among potential customers.

One query is at the top of many minds this week pertains to the TTC's Gateway Convenience stores and whether or not they'll be allowed to sell booze alongside such subway essentials as gum and Jamaican Patties.

A URL written beneath the words links to the website of an advocacy group called Choice and Fairness, which is comprised of beer, wine and cider industry representatives with support from the Government of Ontario.

"Choice and Fairness has teamed up with retailers across the province to spread the word about the need for a new, more modern alcohol system," reads a blog post on the organization's website. "You may notice our posters in a corner store near you!"

If TTC newsstands are displaying the posters, does this mean that they consider themselves to be corner stores? And if so, will we soon be able to pick up beer and wine within the subway system?

we dont need this https://t.co/uLAfAtCJW9

TTC officials aren't ruling it out.

"Although it's speculative at this point, if the laws of the land were changed to permit other items to be sold in convenience stores, that could potentially apply to Gateway as well," reads a statement from the transit agency shared with press on Wednesday.

"There is language in our contract that gives the TTC discretion over items it would deem offensive or harmful to our reputation. But we can't say at this time that we would seek to prohibit the sale of alcohol if convenience stores were selling it."

It's of note that the TTC's current contract with Gateway does allow the retailer to sell restricted items, like cigarettes.

Whether or not booze is next remains to be seen, but all existing laws that pertain to the consumption of alcohol in public will remain — which means you can't crack a cold one while riding the red rocket, even if you bought it after paying your fare.