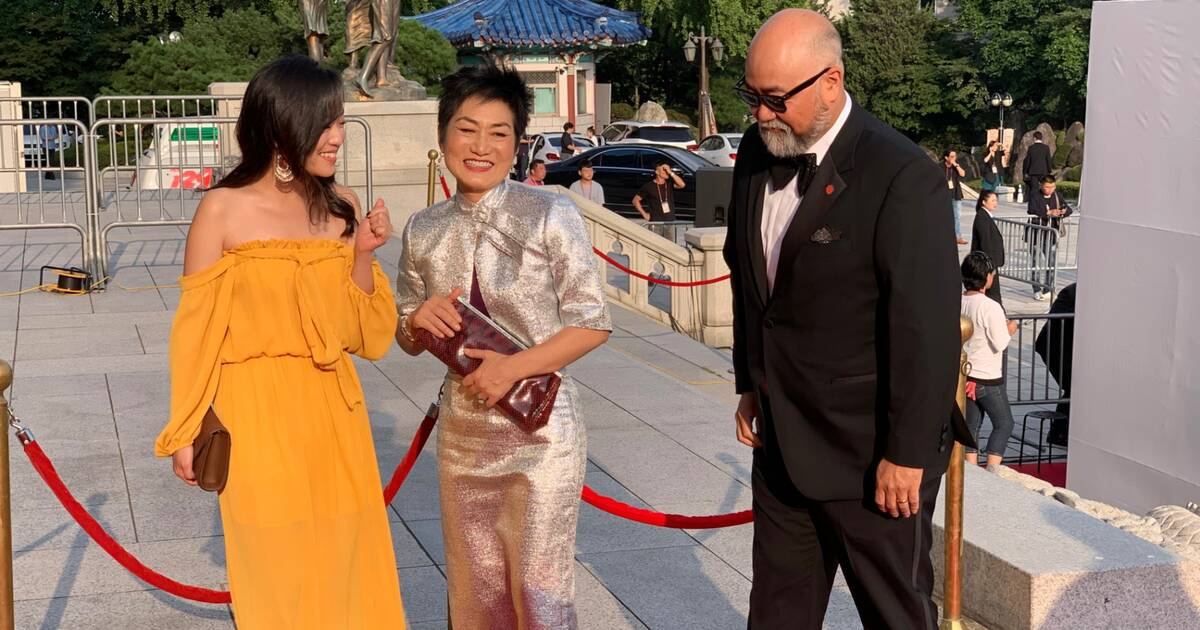 Kim's Convenience may be a Canadian fan-favourite, but it turns out  Korea loves it just as much.

The popular sitcom just won Most Popular Foreign Drama of the Year at the Seoul International Drama Awards, which is basically the Korean version of the Oscars.

Sneak Attack! While Canada was sleeping, Kim's Convenience won Most Popular Foreign Drama of the Year at the Seoul International Drama Awards! 🎉🎉🎉 pic.twitter.com/drAVS507vK

And no, that's not a mistake. Although the show is definitely not a drama by North American standards, all TV shows in Korea are actually called dramas.

The show, which tells the real-life story of the Korean-Canadian Kim family who run a convenience store in Moss Park in Toronto, has never won an award at the prestigious Korean awards show before.

This is amazing! Congrats to the entire #KimsConvenience cast and crew. Your #KimBits are proud of you.😊 pic.twitter.com/0tTxBLiEQW

It has, however, won at the ACTRA Awards, Canadian Screen Awards and WGC Screenwriting Awards.

It originally premiered on CBC in October 2016, and following years of  success, the series has since been renewed for a fourth season.