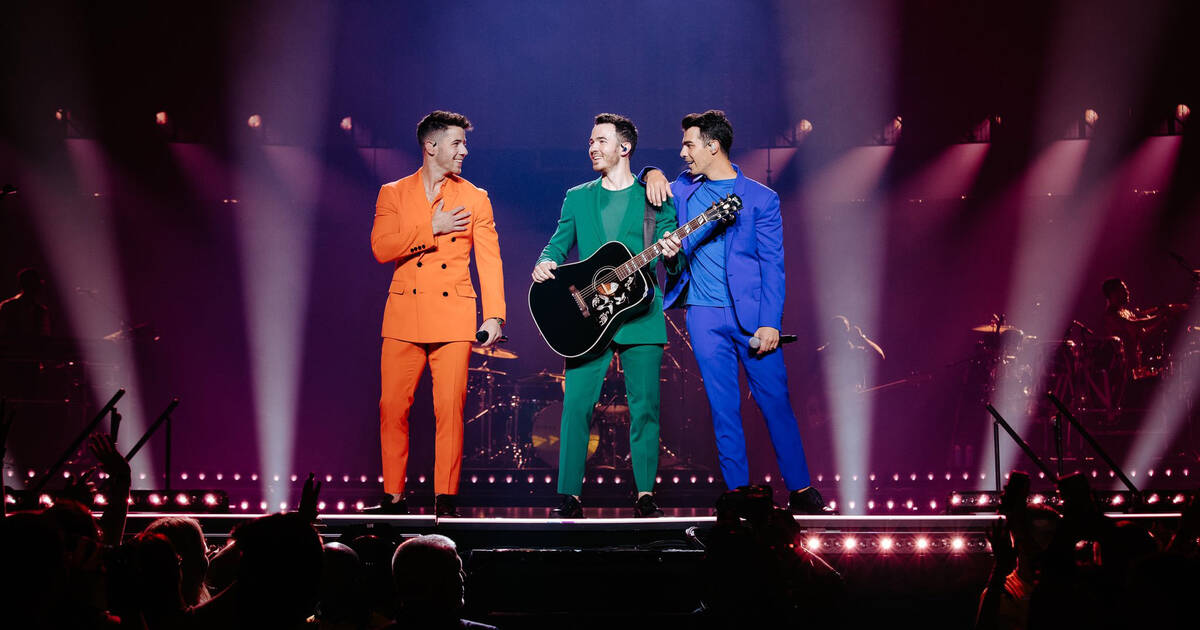 Who needs an actual boy band when you've got thousands of hysterical boy band fans?

The Jonas Brothers left an entire stadium hanging on Friday night when the first of two back-to-back tour stops at Toronto's Scotiabank Arena was cut short by what the band later described as an "unforeseen technical difficulty."

The show had been going off without a hitch, by most reports, when — without warning or explanation — the concert came to a jarring halt.

jonas brothers just ghosted toronto and left us without an encore or a goodbye but i don’t think it was their fault......apparently there was a security threat 🥴🥴

Not knowing what was up, fans remained in their seats for up to half an hour waiting for an encore, even as security guards asked them all to leave.

"Toronto, we're so sorry we didn't get to play our last two songs. Unfortunately there was an unforeseen technical difficulty and our production team advised we end the show," wrote the family band in a statement posted to Twitter roughly 25-minutes after disappearing from stage.

"Thank you all for coming out tonight! We love you all so much!"

Fans were disappointed, on the whole, but remained in good enough spirits to pick up where the Bros left off.

The Jonas Brothers were widely expected to play their hit songs "Sucker" and "Burnin' Up" during the show's encore on Friday night.

When said encore didn't happen, attendees took it upon themselves to belt out both songs.

When the Jonas Brothers dip before ‘Burnin Up’ so the fans start singing it 😖😭 pic.twitter.com/Vb6VPeqhQW

And they didn't stop at Scotiabank Arena.

From the halls of Union Station to the GO Train's "Quiet Zone," fans continued to sing the songs they'd missed in unison.

Don’t worry guys, we made our own encore on the GO train. We love you. #happinessbeginstoronto @jonasbrothers @nickjonas @joejonas @kevinjonas pic.twitter.com/Lr62AgK2Gu

Those who attended Saturday night's stop on the band's Happiness Begins Tour did get the encore they were expecting, performed by Nick, Joe and Kevin Jonas — as well as more than 10,000 other fans.