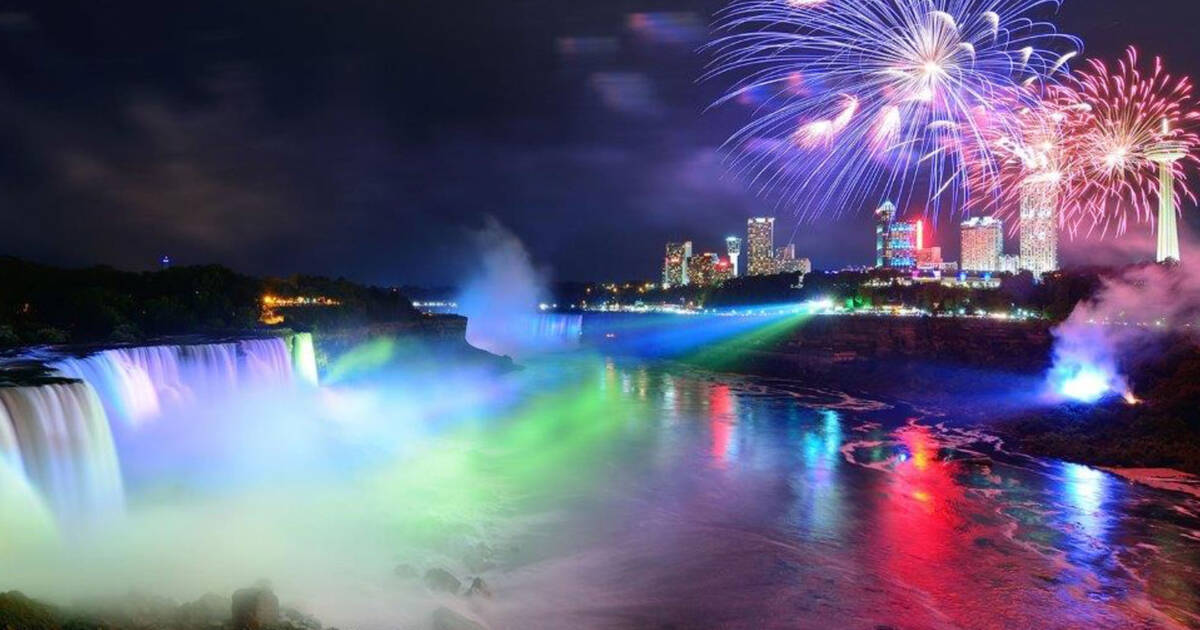 Every year the Winter Festival of Lights transforms Niagara Falls into a picture-perfect kaleidoscope of colour.

Fortunately, despite an ever-growing list of cancelled events, the Ontario Power Generation Winter Festival of Lights is slated to go-ahead next month.

Normally, more than a million people from around the world visit the festival. This year there won’t likely be many international travellers but the event would make a wonderful day trip or drive from Toronto for you and your social bubble.

The festival was founded 37 years ago, in 1982, and today it is Canada’s largest illumination festival with millions of sparkling lights, according to the festival website.

Illuminations include 15 Canadian wildlife displays, The Sylma and more than 50 trees wrapped in lights on the Dufferin Islands.

There is a light show at Toronto Power Generating Station, the two-storey tall Zimmerman Fountain, three-dimensional angels at the Niagara Parks Police Building and, of course, the popular Noah’s Ark.

Though past years have included firework shows, the Niagara Falls fireworks shows were put on hold this year. It is not yet clear if they will go ahead for the winter festival.

The festival is scheduled to run from Nov. 14 to Jan. 10 with the lights illuminated from dusk (5 p.m.) to midnight.

There is no admission fee, however, a $5 to $10 donation will be accepted at the exit of the Dufferin Islands. Proceeds are used to enhance the lights and displays.