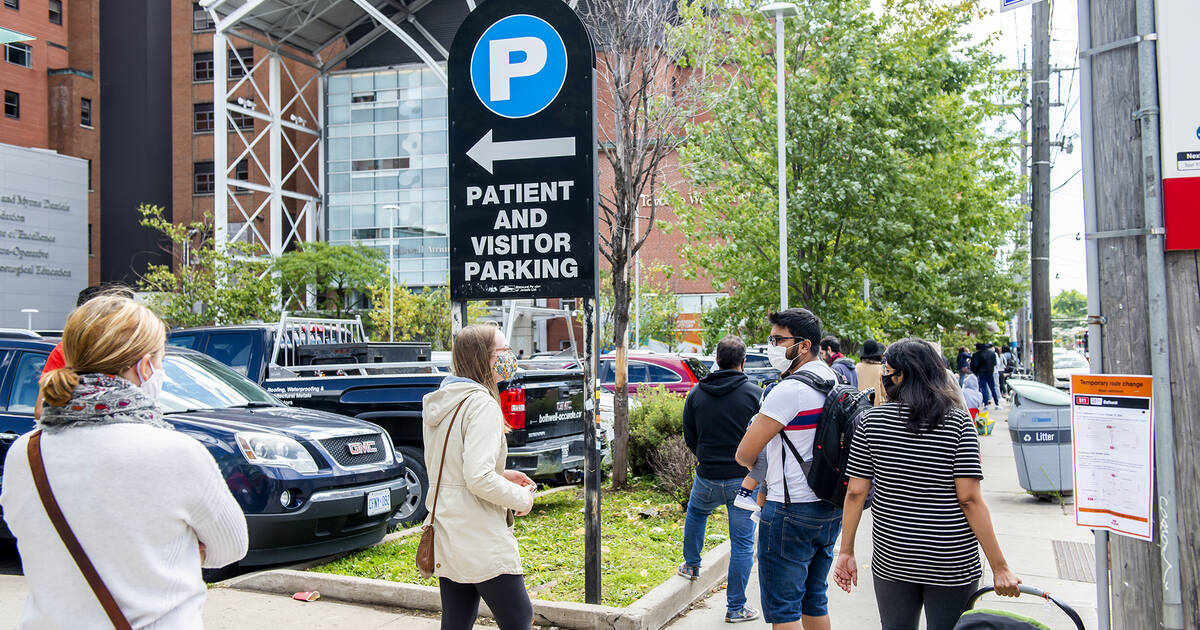 Even with Premier Doug Ford's recent flu vaccine campaign announcement, some experts are worried that it won't be enough to curb the oncoming "twindemic" — AKA — a rush of people becoming sick as influenza and the new coronavirus circulate at the same time.

As Dr. Kumanan Wilson, a senior scientist in the clinical epidemiology program with The Ottawa Hospital Research Institute and a professor of medicine at the University of Ottawa, explained in an interview, having two circulating respiratory viruses isn't good because COVID-19 testing centres are already exhausted and when people show up with flu-like symptoms it's going to overwhelm the system.

“From a societal perspective, we have to reduce the pressure on our health-care system,” he said.

The Ontario government has promised 5.1 million flu-shot doses for the entire province, with more on the way and urged citizens to get their shot this year.

And while it's a good start, there are some glaring holes in the plan.

One of the major issues that experts have warned about is the fact that the flu vaccine campaign doesn't take into account the practical logistics of giving out the vaccine.

For example, Toronto Public Health is still operating on the same figures as last year in regards to flu vaccine uptake, which has notoriously been really low.

For example, last year only four in 10 Canadians got the influenza vaccine, which is only slightly better than the previous year when 34 per cent of people got the flu shot.

However, a recent survey found nearly 60 per cent of Canadians said they would get a flu shot this year.

And while the Ontario government has ordered more vaccines to account for this, there's the problem of distribution.

Now, each flu shot will take longer to administer due to extra sanitation between appointments along with other COVID-19 related precautions. This means health care workers won't be able to give as many flu shots as they normally would.

"We can't just bring in droves of people to line up and get flu shots the same way that we've done in our office in the past," Dr. Jacob Rosenberg, a pediatrician in Woodbridge, Ont. told CBC in an interview.

In response, Toronto Public Health has said it will run some flu vaccination clinics of its own as well as hold immunization clinics in long-term care homes and in areas with vulnerable populations that are harder to reach.

But clinics will sill require appointments and physical distancing measures to be put in place just like in physicians' offices.

Pharmacists will also help ease the burden by administering the flu vaccine, according to Toronto Public Health.

But another glaring issue is that pharmacists in Ontario currently aren't allowed to give the flu vaccination to children under five years of age, so that doesn't alleviate much pressure for nurses and physicians for this large vulnerable population.

An online petition by members of the Ontario Medical Association has already started demanding help from the Government and Public Health to address these issues.

"More children were hospitalized last year with Influenza than have been with COVID-19 to date!" reads the Change.org petition

In the letter they explain there's already an "unprecedented strong interest amongst parents for the influenza vaccine" and at the same time, they say it will be impossible for clinics to meet demand while adhering to pandemic precautions.

Dr. Dan Flanders, one of the physician members of the working group behind the petition, told The Globe and Mail the flu shot is especially crucial for children aged 0 to two years old, who are considered a higher-risk group.

"Toddlers and young school-aged kids, they’re the best spreaders of flu of them all. They’re the superspreaders," he said in an interview.

"The fact that there’s limited options for the parents of zero to four-year-olds is problematic."

The OMA suggested several measures to solve the problem, including that the province set up vaccination centres where public health nurses, community pediatricians and volunteer doctors can inoculate large numbers of people.

They also suggested incorporating this effort into the province’s COVID-19 testing centres where a separate area could be dedicated to the flu shot.

Some people are also calling for in-school flu clinics but considering Toronto Public Health suspended the regular in-school immunization program for 2020-2021, it seems unlikely that this would be possible.

But even if we sort out the logistics, we're already behind.

With the second wave of COVID-19 already here time is of the essence, yet the flu shot won't be available until the later this October.

As the OMA states in their petition: "we need to start NOW because the vaccine takes [two] weeks to build immunity and antibodies."

While more provincial government plans will be announced in the coming days, it has yet to be seen if any of the proposed plans will help avoid the impending crisis of a twindemic. As it stands now it will be like watching a train crash that we've seen coming for months.