Someone is making GPS drawings on maps while running in Toronto 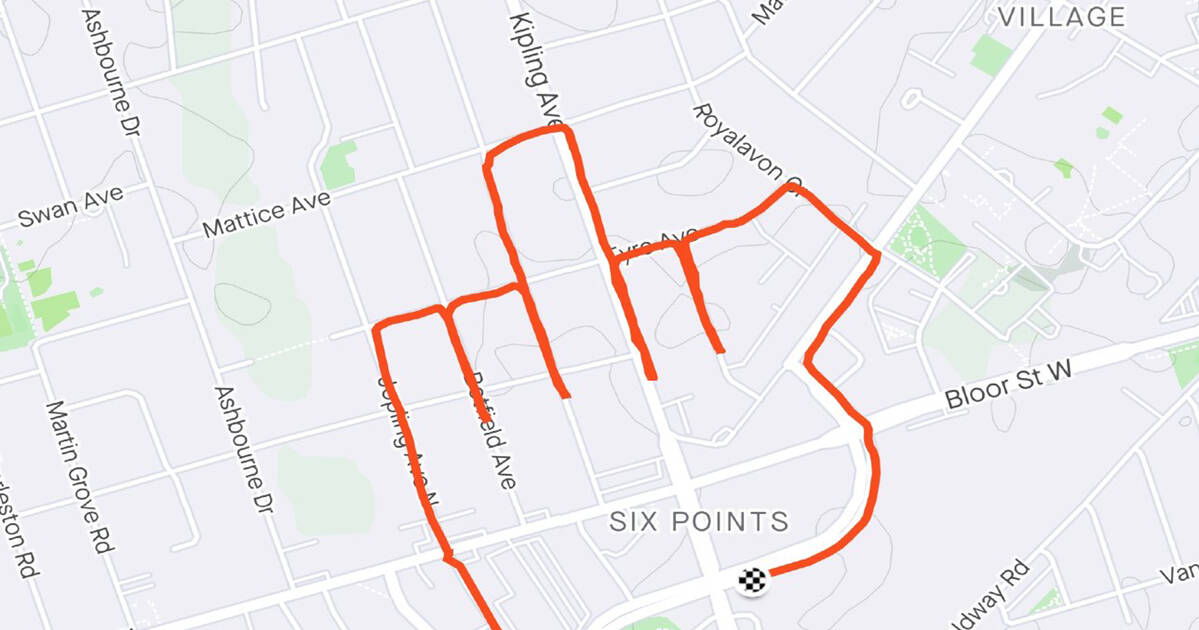 A quirky pastime during COVID-19 lockdown boredom has turned into a Toronto Facebook group for runners who want to create GPS drawings while on their jog.

Toronto resident Matt Reid said he started making drawings in the running app Strava during the summer to have fun with his running partner. After lockdown, he and his friend stopped running together but started using the Strava app to compare their run routes, distances and speed.

"We were looking for ways to make each other laugh," Reid told blogTO. "I started just drawing things and just seeing if she noticed." 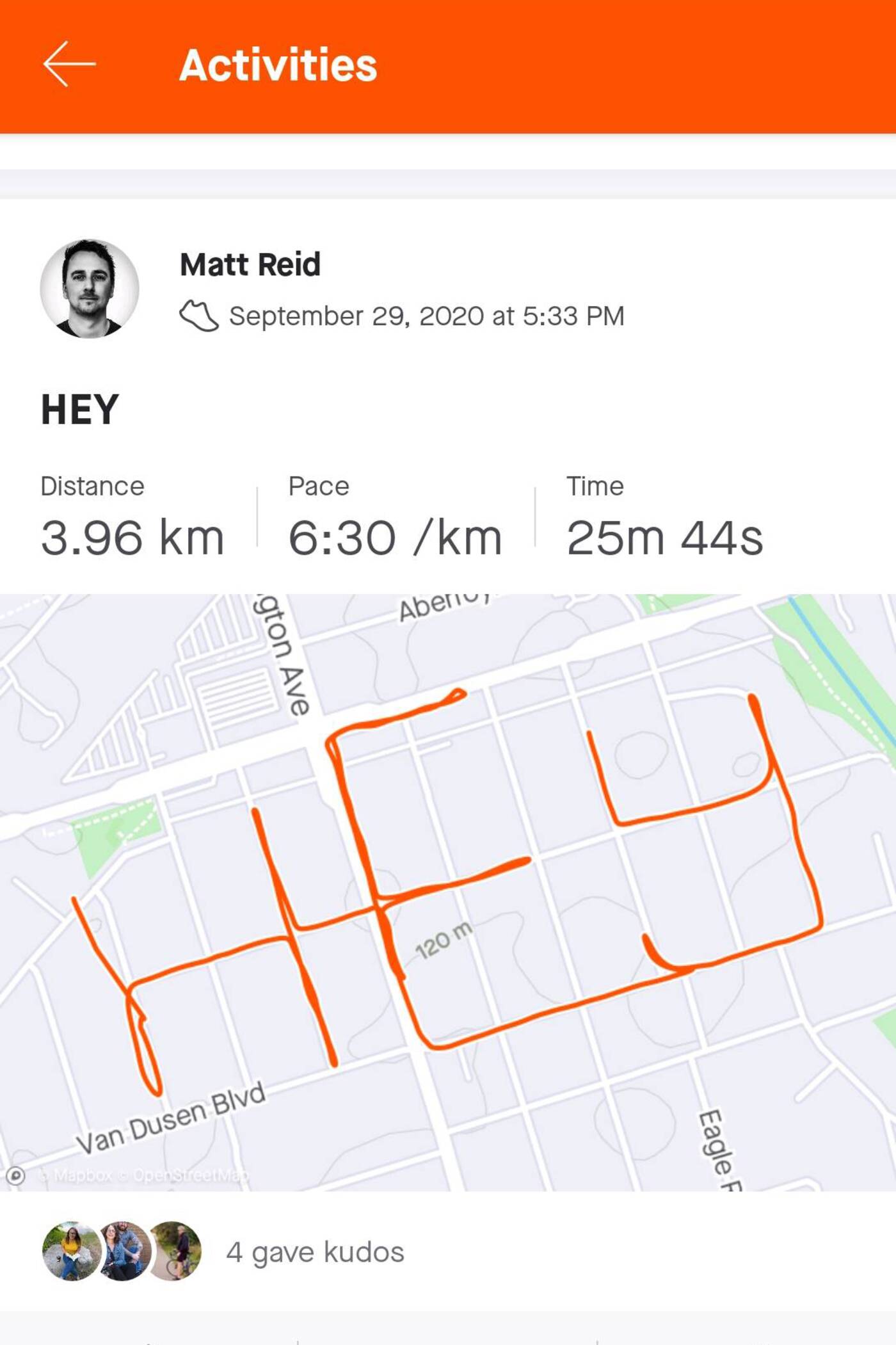 The Strava app records your run on a map with lines allowing creative runners to make drawings or words.

So far, Reid’s run map art is created around Etobicoke, near his home, but he hopes to do more around the city.

A few weeks ago, Reid started a Facebook group, Toronto GPS Drawings dedicated to runners who want to make art out of their runs.

While Reid uses Strava, other run apps such as Nike fitness tracker can work "to essentially draw an image using your running route."

Making map art with Strava is not new. There are some impressive and detailed pieces out there — such as an Easter bunny and orca from Vancouver-based marathoner Tony Tomsich.

Reid thinks he is the first runner to form a Toronto-based Facebook group around map art.

"The whole reason I wanted to start it is I wanted to get a community of people doing their own images," Reid said.

He has laid down a few ground rules: post the closest well-known location to the route, and no racist or homophobic slurs.

There are also some "pro tips" such as taking a screenshot of an area you want to draw and using the pencil tool to draw a route before your run.

There are limitations to the words and shapes you can make. It is difficult to make diagonal lines, for example. 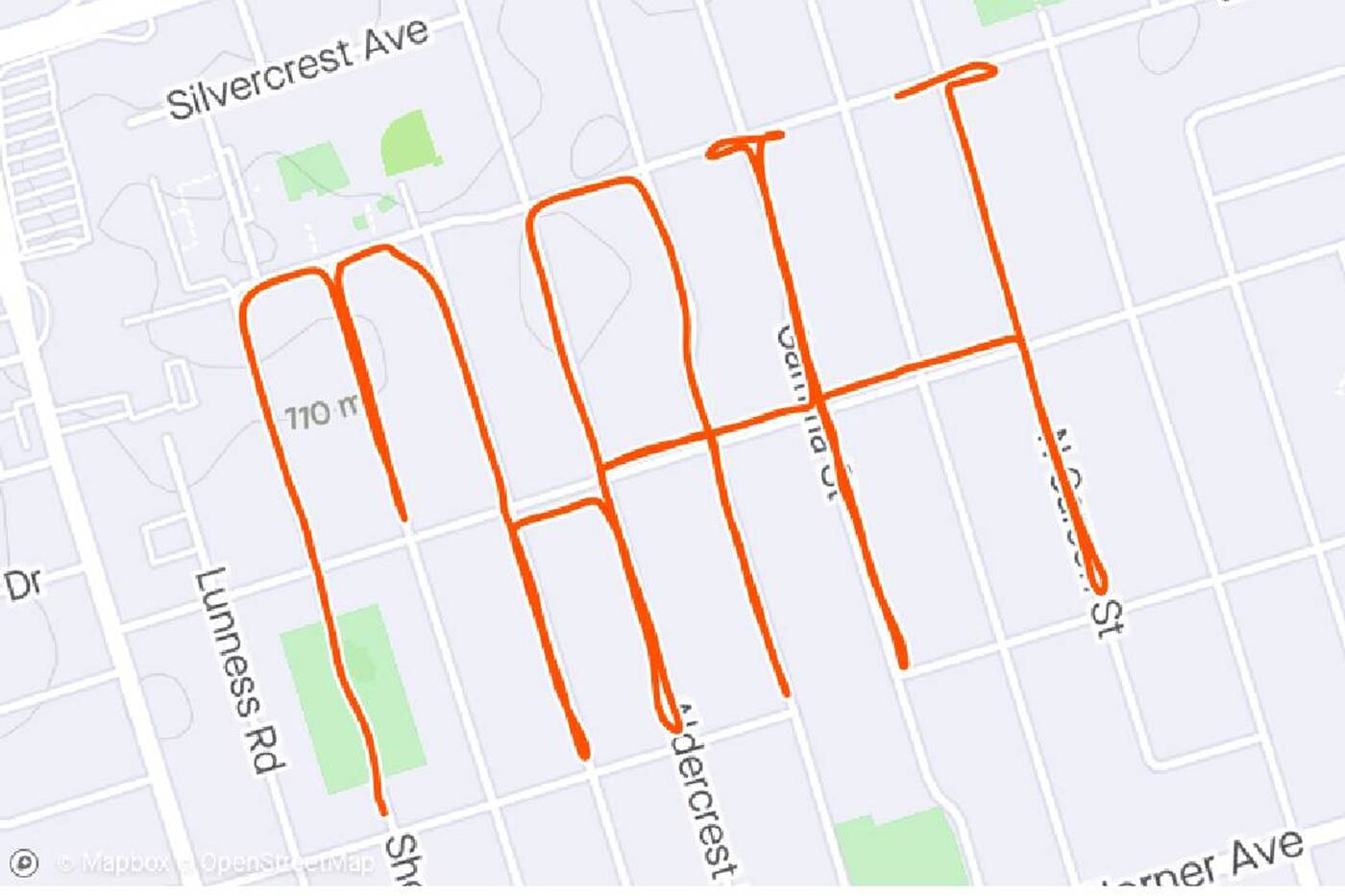 "It has brought me to areas of the city I have known about for a long time but I have never had a reason to go down these weird little streets or alleys so it has been a really neat way to get to know the city," he said.

But he sometimes worries people might think he is acting suspicious because he makes odd turns and runs back and forth on the same street.

“I have been reported yet,” he said.

Reid hopes the idea will take-off, particularly in a time when Toronto may face more lockdown measures.

“I am really hoping we can get people doing their own images or even better…do a route that I have created and they can post their own, maybe they can do it faster or they have added something to it.”