People are reporting increased sightings of black foxes in Toronto 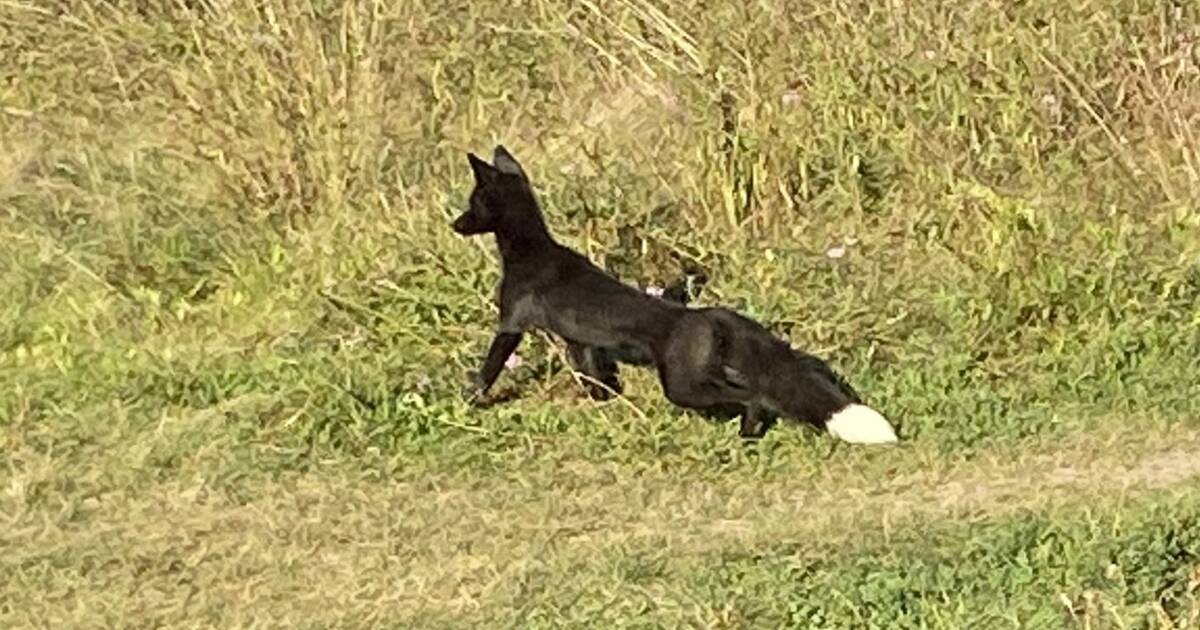 Foxes aren't entirely uncommon sightings in Toronto: if you live anywhere near a ravine or a large grassy field, there's a chance you've run into one of these elusive animals, especially during lockdown.

But sightings of all-black foxes — which are actually called silver foxes: a melanistic version of the red fox —appear to be on the rise.

With their beautiful black coats and trademark white-tipped tail, these handsome animals have been popping up all over social media.

Since mid-August and throughout September, people have been posting their daytime and nighttime encounters with silver foxes, which have mostly been seen trotting around Toronto's west downtown area.

Sightings have happened at Humber Bay Park, Queen's Park, Christie Pits, and near Queen and Ossington.

Silver foxes aren't actually as rare in this region as you might think: they actually represent about eight per cent of the red fox population in Canada.

In fact, fiery red parents can give birth to silver foxes, with the litter proportion being about one in four. The black colour of their coat is due to melanism, a recessive trait.

The P.E.I. coat of arms actually features two silver foxes, and they're especially common in the northwestern part of the continent, which, luckily, Toronto is a part of.

A black fox in Toronto. https://t.co/yHj3THCtH4

It has been reported that they tend to be more cautious than their fiery red counterparts, which might explain why we seem to see them less often, plus their darker coats definitely make them more difficult to see at night.

But with an ongoing second wave of the novel coronavirus, and cooling weather, silver foxes appear to be making more of an urban appearance than ever.

Black fox near queens park in Toronto. Sorry about the bad pictures, he was a sly rascal pic.twitter.com/XZ1TzIvJ0Y

Thanks to their glistening coats, silver foxes were historically one of the most highly sought-after animals for their pelts at the height of the Canadian fur trade, with one fox equivalent to more than 40 beaver skins.

My friend spotted a rare(ish) black fox in a Toronto park last week and I can’t stop watching this video. (📸 Andrea Hazard) pic.twitter.com/ald476ToaL

They can be confused with cross foxes, which are partially melanistic variants of the red fox. These mixed versions are even more common than the silver fox. You can identify them by the two dark stripes running down and across its back, like a cross.

Obviously, it should go without saying that trying to befriend these foxes (or chase one down with a camera) is a bad idea, despite how amicable they may seem. Let's take a note from this year's Beach foxes conundrum and give silver foxes some space.