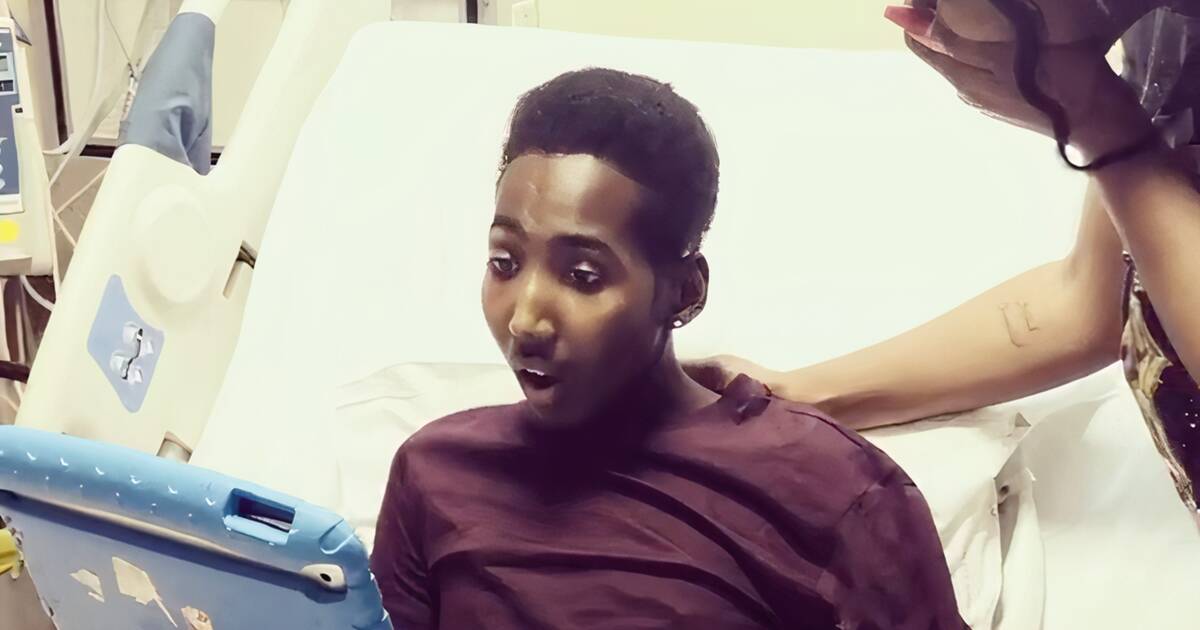 Zelek Murray has been battling a rare form of brain cancer since he was just nine years old, and this week he received an inspiring surprise message from one of his heroes.

Murray, who is now 14 years-old, was shocked and awed to receive a video featuring a personal message of hope this past weekend from iconic Toronto rapper Drake.

"My brother Mustafa hit me the other day and informed me of the extremely tough situation that you're fighting through, and we both thought it would be a great thing if I got to send you some love and some admiration and some respect," says Drake in the video while referring to up-and-coming local songwriter Mustafa The Poet.

"I can't imagine, you know, how tough you have to be and Mustafa let me know that you're a fan of mine. Well I'm a fan of you."

A video of Murray listening to the message for the first time shows his jaw completely drop at the sight of his hip hop hero speaking directly to him, while his mother appears to be so touched that she holds back tears with her hands over her mouth.

"You don't even know how much this meant for US but most importantly 'HIM'. His strength is like no other and yes he has his good days and bad days, BUT THIS is exactly what he needed to lift up his Spirit.. to never give up," wrote Murray's mother, Temeka Ishmael, in an Instagram post.

According to a GoFundMe campaign started for Murray by Ishmael's friend Makida Rae, the teen has been receiving ongoing treatments and radiation therapy at Sick Kids Hospital in Toronto since he was first diagnosed with Ependymoma.

She said Murray is often tired and drained as a result of his treatments, yet he still manages to persevere and fight his illness with everything he has.

Ishmael, meanwhile, is often referred to as "Super Woman" by the people in her life, as she somehow manages to run her own beauty business, called Meeklashes, all while taking care of Murray, her twin boys, running a household and being a full-time mother.

"As the second wave of COVID-19 approaches, and Zelek's hospitalizations are more frequent, Temeka will not return to work on a Full-time basis," wrote Rae in the fundraiser description.

"Through this ordeal, she continues to be the backbone and support for her sons and her family. All donations and proceeds will be set aside for future treatments, medications and financial support."

Between the surprise message from Drake and the donations from the fundraiser, here's hoping this family in need is getting the morale boost they so desperately deserve.

"I'm a fan of people with heart and I can tell that you have a lot of heart," Drake continues in the video.

"So, I just want to tell you stay strong and I love you and I appreciate you."