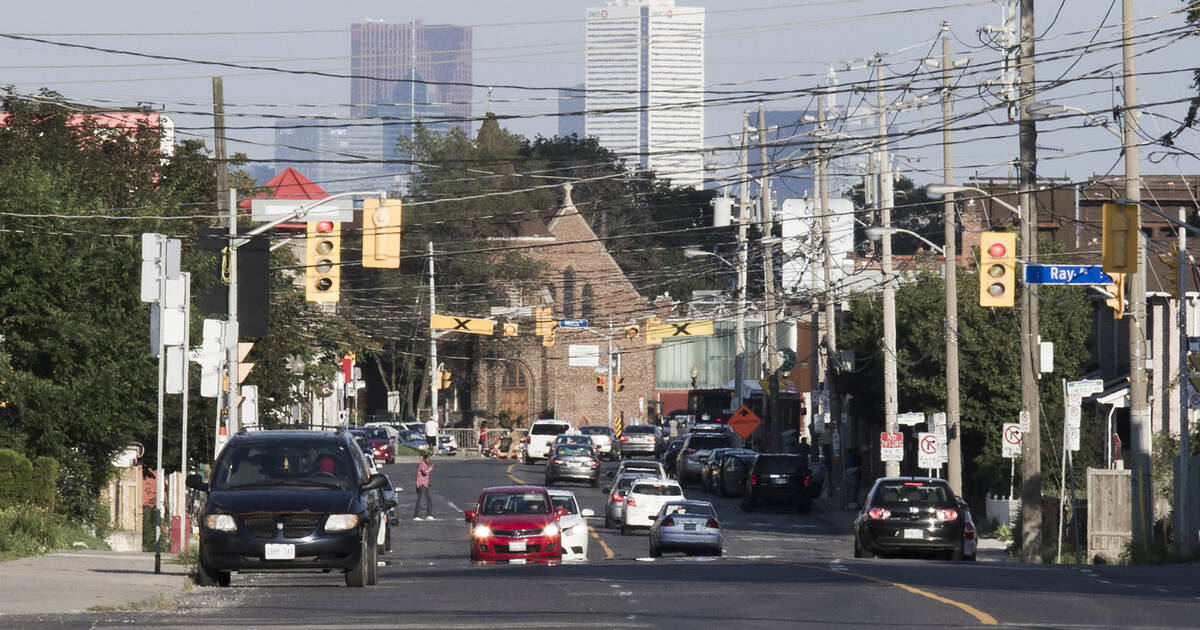 A resurgence in the spread of COVID-19 continues to plague Toronto, where roughly half of all new cases in the province have been confirmed over the past two weeks.

Some neighbourhoods within Canada's largest city are faring worse than others, however, when it comes to daily case totals — and worse still when we look at how many people are infected proportionate to an area's population.

Toronto's Waterfront Communities have been getting a lot of attention since mid-September, when the second wave of this pandemic started swelling, for posting a higher-than-average number of new cases most days.

With 153 confirmed "cases with episode dates in the past 21 days," the condo-dense area containing CityPlace and the Entertainment District has indeed seen the fastest rise in new cases recently — but only in definite numbers.

Rates of COVID are actually much higher, when broken down by the percentage of residents infected, in some of the city's less-affluent regions.

North West Toronto is on fire! This is a snapshot of test positivity rates, good is <1%, 3% should prompt shutdowns, 11% is insane! Racialized communities live here and crowded industrial workplaces; it was an epicentre in wave 1. We have failed them once again #COVID19Ontario pic.twitter.com/p7tQRxPkyw

Little Portugal and Weston currently lead the pack for recent cases with rates of 368 and 317 per 100,000, respectively.

Little Portugal had a population of 15,559 during Canada's 2016 census (the most recent census data available,) while Weston had 17,992 residents.

By contrast, the 2106 census found nearly 66,000 people living in one of the Waterfront Communities — a number which has likely risen significantly over the past four years due to a spate of residential developments.

The City of Toronto's interactive map of COVID-19 cases by neighbourhood shows furthermore that, while Little Portugal has seen the highest increase per 100,000 people over the past 21 days, Weston has been hit the hardest overall.

The northwest Toronto neighbourhood's rate of infection per 100,000 since the pandemic began in January is a whopping 2,351 — far higher than any other neighbourhood in the city.

COVID cases double in Weston—faster than any community in Toronto https://t.co/HKBmLukbDZ

These disproportionate numbers have not gone unnoticed, and it warrants pointing out once again that the city also maintains COVID-related data linking cases of the illness to ethno-racial identity and income.

"COVID is spreading faster here than in any other community in Toronto."

% +very in marginalized areas much higher than average and people face high barriers to accessing testing, tracing, isolation. We need to release the data by FSA/neighbourhood and target resources where they're needed.

As of October 5, public health officials report that people who identify as Black account for 23 per cent of all COVID-19 infections in Toronto, the largest of any ethno-racial group, despite representing only nine per cent of the city's population.

The most commonly-listed ethnic origin in Weston as of 2016 was Jamaican, followed by Canadian and then Italian. Black residents accounted for far more of the neighbourhood's population than any other minority group in the neighbourhood as of the last census.

"To put it plainly: COVID-19 is preying on the inequalities in our city," said Toronto Board of Health Chair and city councillor Joe Cressy when the city first released its data linking race and income to the pandemic.

"This data clearly shows that we need long-term policy changes, from all 3 levels of government, to fundamentally address poverty, housing stability, and structural racism," he continued. "That's the only way to truly defeat this pandemic."