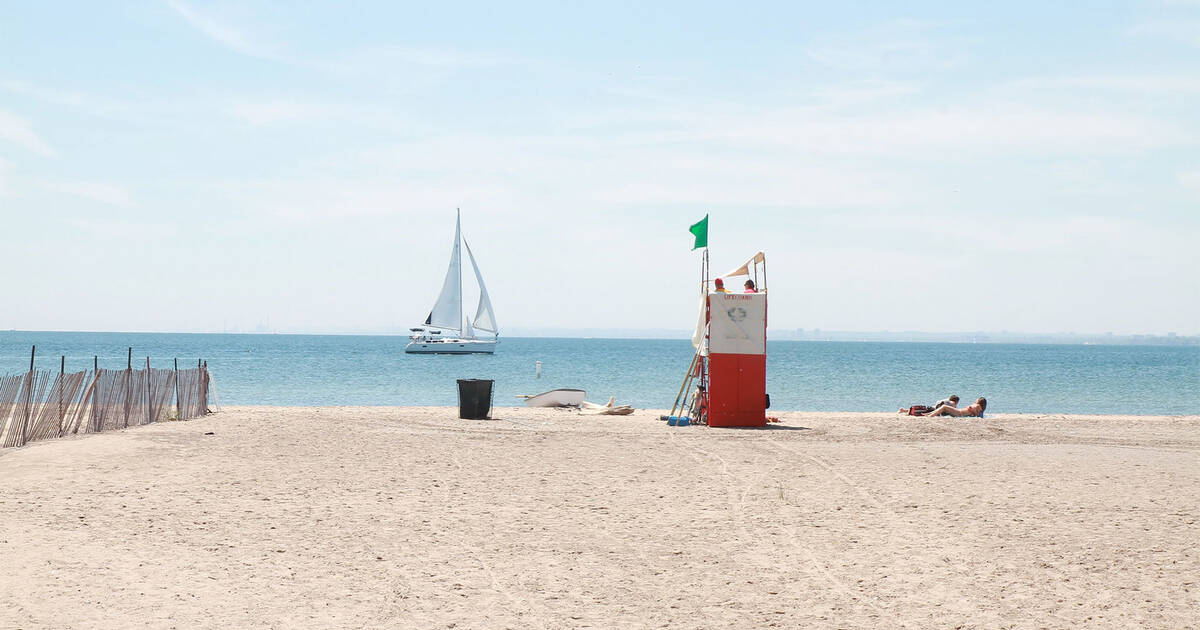 Ever been to a nude beach in Toronto? If the thought of being stark naked in front of another human being, who is not your partner or a member of your immediate family, makes you feel extremely uncomfortable, I feel you.

I went top-free for 30 seconds on a nude beach in France once, and it  was exhilarating, but also kind of scary. Some people (like myself) are taught at a young age to cover up. Showing too much skin could be seen as an invitation for unwanted attention, advances or judgment.

As the bikini top came off easily that day, the feeling that I should be ashamed, or worried, came on strong.

Was everybody looking at me? Was I being judged? Objectified?

I wish I could go back to that place and time (not just because it was a fabulous trip), but because I would like to pat my younger self gently on the head, and tell her that, "literally no one cares."

What is it about being nude that can feel so overwhelmingly daunting for some, yet for others, it's no big deal? In fact, for many people, it's empowering.

That's where Greg Snow comes in. He's the president of the Federation of Canadian Naturists, a not-for-profit organization that promotes the naked lifestyle, and says that it has done wonders for his confidence.

Snow has also been a permanent resident at Bare Oaks for more than a decade. The family-friendly naturist park, that was the setting of a Brendan Canning music video four years ago, is located just north of Newmarket.

Aside from Bare Oaks, (and events like the World Naked Bike Ride, or the Pride Parade) there aren't many public places in the GTA where it is deemed appropriate to don only your birthday suit.

Of course, there's Ponderosa Nature Park, but that's north of Hamilton, and the Toronto Islands does have the "clothing optional" Hanlan's Point Beach, if you don't mind a sandy bottom and the occasional "lookie-loo."

Since the beginning of the pandemic, Snow says that he’s seen an increased interest in the naturist lifestyle, and stats around the world support this. Could it be that more people are shedding their cares, along with their clothes?

Or perhaps they're in it for the health benefits?

According to the Fédération des Espaces Naturistes, being naked in nature helps you sleep better, it's a great way to boost your levels of vitamin D, and it actually lowers the chances of infections and the spread of germs.

There's also the element of letting go, while simultaneously embracing, and celebrating our naked bods.

Listen to Season 2, Episode 3 of the blogTO podcast

If you've ever been even the least bit curious about naturism, which is slightly different than nudism, Greg Snow talks about the misconceptions and benefits of being nude, and why as a first-timer he wouldn’t go to Hanlan’s Point to de-robe.

by Dani Stover via blogTO
Posted by Arun Augustin at 6:48 AM