These are the new restrictions for bars and restaurants in Toronto 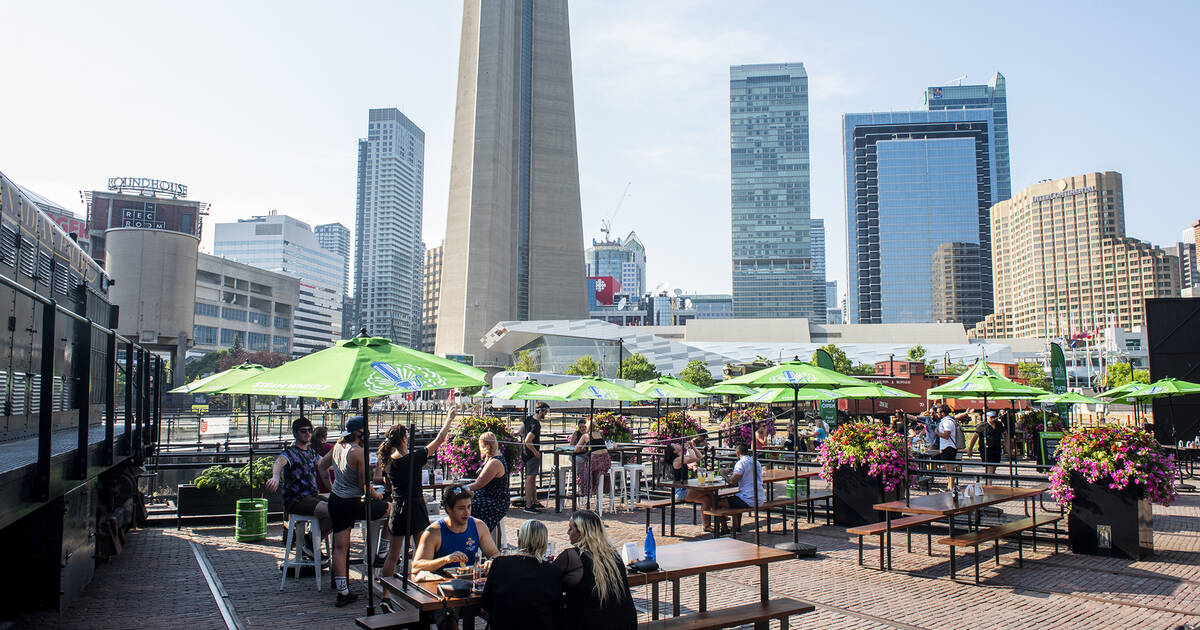 Just a few days after Toronto's top doctor recommended that new rules be implemented to help curb COVID-19 outbreaks bars and restaurants, City Council has enacted her suggestions, placing further limitations on the struggling businesses in an attempt to assuage our second wave.

Based on the input from Dr. Eileen de Villa, the city's medical officer of health, eateries in the city will have to lower their overall capacity and how many guests can be seated at a table at once, along with other stricter measures, as of Oct. 8.

Previously, in Stage 3, such establishments could have up to 100 people indoors and up to 10 people seated at one table — numbers that will now be lowered to a maximum of 75 and six, respectively.

The collection of information for contact tracing will also be ramped up, with bars and restaurants now having to get the details of every patron on the premises, rather than just one per group.

And finally, any music or TV broadcast playing in these businesses will have to be lowered to "no louder than the volume of normal conversation" at all times.

The new rules were approved during a council meeting on Wednesday, during which councillors also asked the province to expand mandatory masking to all workplaces where maintaining a proper physical distance of six feet between employees is difficult.

So all these changes Toronto and other cities are making to bars and restaurants - yeah, maybe you should have had those in place BEFORE opening them.

In an attempt to help small businesses in the hard-hit hospitality sector, council is also asking that the moratorium on commercial evictions — which lasted until the end of September — be extended, and that certain costs for such establishments be reduced.

This is on top of the move to try and extend patio season through the winter and extend takeout or delivery liquor sales for restaurants through 2021.

Given the recent spike, not sure why bars and restaurants are still open in Toronto.
If labs can’t keep up... soon the front line workers won’t be able to keep up at hospitals.

As new case numbers continue to surge across the province, a slew of bars, restaurants, gyms, grocery stores and other retailers have been reporting infections among staff and customers; among them, popular spots such as Yonge Street Warehouse, Sotto Sotto, Regulars Bar and Gusto 101.

What evidence was before Toronto Council that restaurants/bars were causing COVID spread, aside from the Medical Officer of Health softening up Council for these changes by closing herself 3 unhygienic bars? For no reason, a whole industry suffers with only 3 bad actors. #cdnpoli https://t.co/JxP5r1lfqq

Premier Doug Ford last month lowered the cap on social gatherings in the urban centres that have seen the worst resurgence of the virus, later extending the new rules to the entire province.

Based on the expertise of his health team, he also last week shuttered strip clubs entirely and cut the operating hours of bars and restaurants, ordering them to serve last call by 11 p.m. and close by midnight.